Belt Publishing is a Cleveland, Ohio-based publishing company that mainly publishes nonfiction titles with a focus on the Rust Belt and the Midwest.

When it comes to classifying the states in the Rust Belt, said publisher Anne Trubek, “There is no one definition; it’s not a census data term. But you’re looking at Michigan, Ohio, western Pennsylvania, parts of Indiana, Illinois, Wisconsin, and western New York. We also have books on Appalachia as well, so we’re not only the Rust Belt, but that was the focus at the start.”

While the company does not officially have imprints, it does put out several different series, including the City Anthology series.

“We’ve done 10 of these so far and have three more coming out in the spring, for St. Louis, Minneapolis, and Milwaukee,” said Trubek. “This is really how the press got started: we would gather essays by people who live in Rust Belt cities (and now extending to Midwestern cities) to talk about what the feel of the place is at a certain moment. Cleveland, Detroit, Pittsburgh, Flint, and Chicago are five we’ve done, and all the editors of those books live in those cities.”

Belt also does a series called Notches, volumes of about 150 pages each that highlight some of the best writers in the region and that tend to be very “voicey” and less argument-oriented. Another series included in the company’s growing catalog is Neighborhood Guidebooks, which explore various communities within major Rust Belt cities. 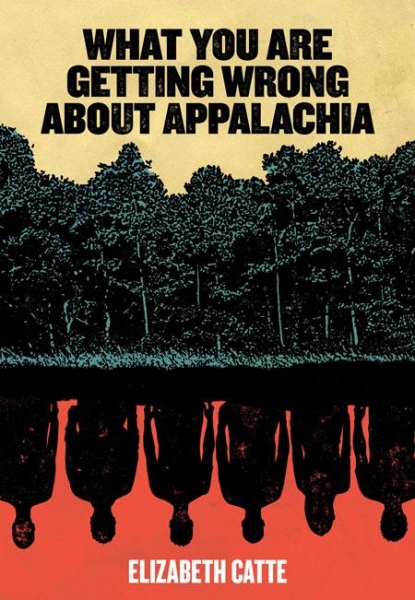 Since its start in 2012 with one anthology, some of the press’ most successful titles have included the 2016 guide How to Live in Detroit Without Being a Jackass by journalist Aaron Foley, whom the mayor named the City of Detroit’s chief storyteller following its publication. The book, for which Belt released an updated second edition in October, is a social and cultural history of Detroit as well as a guidebook to living there. Another successful book Belt published recently is What You Are Getting Wrong About Appalachia by historian Elizabeth Catte, which Trubek says is, in a way, a response to J.D. Vance’s Hillbilly Elegy (Harper). Since its publication in February 2018, What You Are Getting Wrong has become the press’ bestselling title so far.

“It’s this powerful, beautiful book, and people have found it and that has been amazing. It’s really mainly been discovered by word of mouth because it is just that good; one NPR critic called it the best book of 2018,” said Trubek. “We just put in for our fifth printing. And going forward we’re excited to publish Elizabeth Catte’s next few books as well.”

Another recent notable book, published in October 2018, is The Battle of Lincoln Park: Urban Renewal and Gentrification of Chicago by Daniel Kay Hertz, which takes on the history of gentrification of what is currently one of Chicago’s glitziest ZIP Codes. 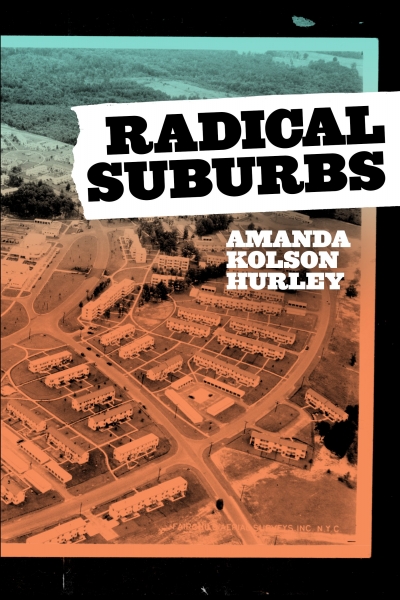 Trubek also laid out some of the highly anticipated titles coming out in 2019. In April, Belt will publish Radical Suburbs: Experimental Living on the Fringes of the American City by Amanda Kolson Hurley, which Trubek calls “a beautiful book that looks at experimental suburbs from American history, from a commune in 19th century Pennsylvania to an anarchist colony in New Jersey in the early 20th century to Reston, Virginia,” the state’s first planned residential community founded in the 1960s.

In Radical Suburbs, Hurley helps the reader re-examine what the suburbs are and what they have been, and how those definitions might point a way toward rethinking housing for the future to account for climate change and cultural factors. The suburbs have never been as homogenous as people assume they might be, so they are really interesting places to think about going forward, said Trubek. 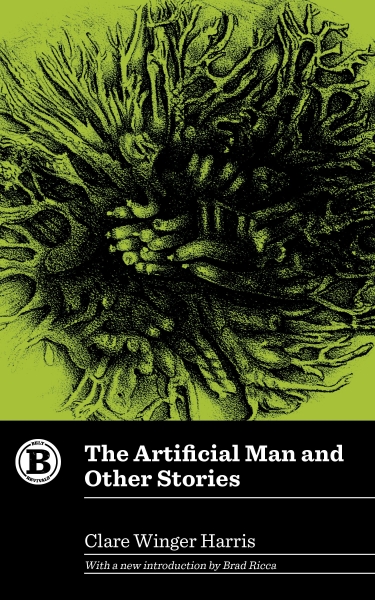 Belt also has several new Belt Revivals titles coming out this spring: the first is The Artificial Man and Other Stories by Clare Winger Harris, the first woman to publish science fiction under her own name and who lived in Cleveland for a long time. Another Belt Revivals installment scheduled for the spring is The Marrow of Tradition, a novel by Charles Chestnut, an African American author also based in Cleveland, which is a work of historical fiction about the Wilmington race riots.

Later in, in fall 2019, Belt will publish its first hardcover title, Midwest Architectural Journeys, edited by Zach Mortice, a collection of essays by architects and architectural critics about Midwestern architecture that looks beyond famous names like Frank Lloyd Wright and Louis Sullivan.

Another fall 2019 title is This City Is Killing Me by Chicago social worker Jonathan Foyles, who writes case studies of the people he sees in mental health clinics. The book argues that people have to think about mental illness as a social and cultural issue rather than just an individual one, and to recognize how larger structural forces, policy decisions, community trauma, and toxic stress all contribute to depression and other mental illnesses. Also coming in the fall is Life Sentences: How to Get Out of Jail Free, a collection of the personal writings of six men incarcerated in a facility near Pittsburgh, which Trubek calls “a powerful work that we’re really proud to be able to publish.” 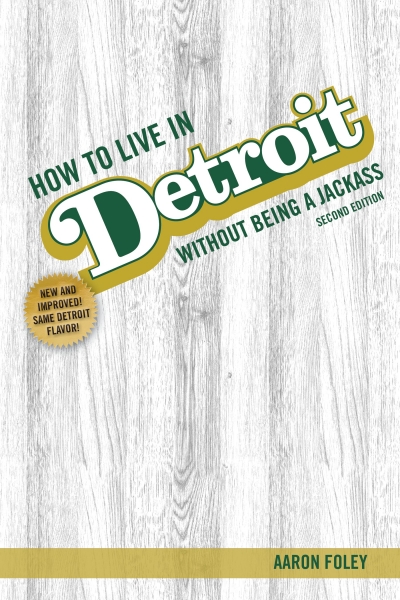 Before entering the publishing world, Trubek was an associate professor of English at Oberlin College until 2015, worked as a freelance writer, and published several books, including The History and Uncertain Future of Handwriting (Bloomsbury, 2016). She also served on the board of the National Book Critics Circle (NBCC) for two years.

In 2012, Trubek co-edited and published the company’s first book, Rust Belt Chic: The Cleveland Anthology, with Richey Pilparinen, an anthology of essays by Cleveland authors. Two of those essays, along with other pieces originally published by Belt, were released by Picador last spring in another anthology, Voices From the Rust Belt. Working on Rust Belt Chic in 2012 “was really motivated by wanting to capture something that I saw going on in the city at the time as well as national perspectives of the city. The book kind of touched a nerve and it sold very well. Lots of talks and discussions followed, and from there we started Belt Magazine, which is an online publication that carries on the work of that first book covering the Rust Belt.”

“Then we decided to continue to publish more books. A large reason for that was to provide revenue for the online magazine,” continued Trubek. “So [in 2014] we did A Detroit Anthology, The Cincinnati Anthology, and anthologies for Pittsburgh and Youngstown, and I realized that I really loved publishing books. So [I transferred the magazine into] really competent hands; I was still involved but not overseeing it. And we started to expand what we were doing with the press. So now we’re really developing new titles and new directions for the press.” 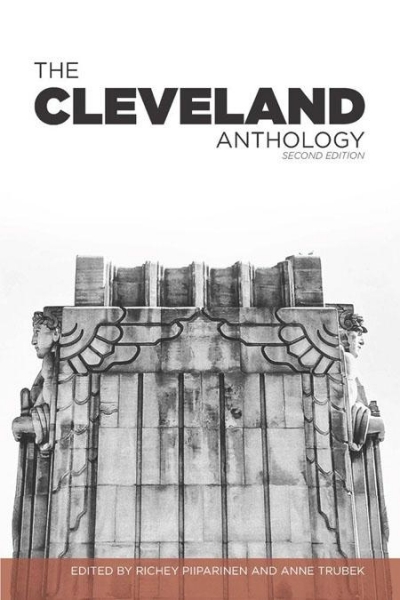 Today, Belt Magazine officially operates as a nonprofit separate from Belt Publishing, though Trubek says the press and the magazine are “definitely siblings and partners as they go along.” Trubek said Belt, which currently has six part-time employees, published six or seven titles in 2017 and 14 in 2018. They plan to do about that amount in 2019 and then 12 to 15 titles per year for a couple of years going forward.

Trubek told BTW that “indie bookstores have been key to our ability to just be around. The independent bookstores in the cities where we did those early anthologies — in Cleveland, Mac’s Backs and Loganberry Books, and in Detroit, Pages Bookshop and Source Booksellers — all really championed those books and got them out,” she said. “I had never worked in publishing before so I didn’t know how any of this worked, so the relationships we were able to cultivate with indies early on were absolutely instrumental.”

Now that the press is more established, Trubek is doing even more outreach to indie booksellers. The publisher attended its first trade show this past fall, the Heartland Fall Forum, and will attend ABA’s Winter Institute 14 in Albuquerque this January.

“We’re still trying to get our marketing up to the level of our editing and our design,” Trubek said, “so we’re always amazed at the independents who find us and see our books and reach out to us.” In particular, Talking Leaves Books in Buffalo, New York, was very enthusiastic to get behind the press’ 2016 Buffalo anthology and sold a huge number of copies, said Trubek. 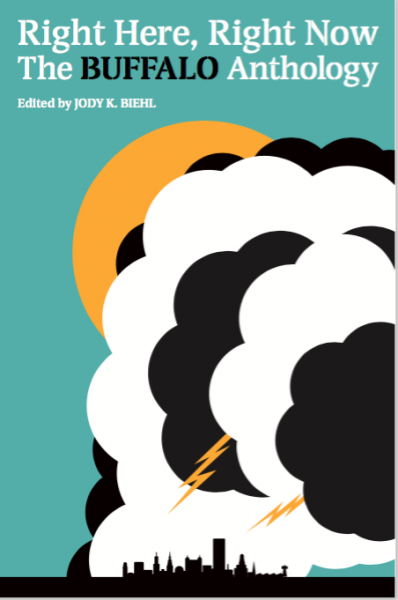 In September 2018, Belt entered a distribution deal with Publishers Group West, said Trubek, “so that has been a big step toward broadening our profile nationally.” At the same time, Belt’s books have always been read by many more people from outside the region than people usually expect.

In part, said Trubek, this is because the topics tend to be wide-ranging and universal, and many Belt titles have received national press. The two greatest readers of Belt books besides those who live in the cities they are about are those who have moved out of the area and readers who are interested in urbanism, socioeconomic issues, and other specific cultural topics, said Trubek.

That Belt’s books illustrate a diversity of viewpoints, a broad representation of authors, and a clear social conscience is more of an effect of the types of books Belt publishes than the cause, Trubek told BTW. Over the years, said Trubek, it’s proven true that people have a thirst to read about places that haven’t previously been written about.

“The things that really concern me are great writing and great writers and topics that have been underdiscussed,” Trubek said. “There are so many amazing books out there that haven’t been published, partially because this region has been under-published. There are these stories where I think, how has this book not already been written? That is a big motivator for me: to tell stories that haven’t been told and to find really fabulous writers.”