Cinco Puntos Press, based in El Paso, Texas, just three miles north of the Mexico-United States Border, was launched in 1985 by Bobby and Lee Byrd. John Byrd, their son and current CEO/president of the press, told Bookselling This Week that Cinco Puntos, named after the Five Points neighborhood of El Paso where it was originally based, has always identified as a “border press.”

“Our publishing philosophy is very rooted in where we are,” said Byrd, noting that his parents, both writers themselves, created the press because they were frustrated by the fact that they lived in a community filled with great writers and artists who weren’t being taken seriously as part of the national conversation about literature. “We’re in El Paso, Texas, which is very far outside of the traditional publishing prospects in the U.S., and that gives us a very unique perspective on what types of books we want to publish,” he said.

For instance, Byrd continued, El Paso is a bilingual community. Said Byrd, “You hear just as much Spanish as you do English here. For us, as a press, it just made sense for us to publish children’s books in a bilingual format, and to include a lot of Spanish slang in books for young adults and adults, because that’s just how we hear language. A lot of publishers are only just recently coming around to being that accepting of language.”

His parents wanted to create a voice for people who weren’t being represented in mainstream publishing, Byrd added, noting that Cinco Puntos is now a leader in the indie publishing community because of its broad spectrum of interests. 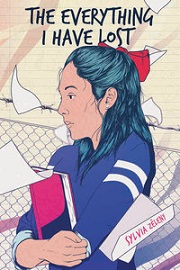 The press — which has a staff of six and a half, according to Byrd, and is distributed by Consortium — releases 10 to 12 books per year, and has published everything from fiction, poetry, and nonfiction for adults to books for children and young adults, as well as graphic novels.

Later this year, the press will publish a young adult novel called The Everything I Have Lost by Sylvia Zéleny, about a young girl’s experience growing up in Juarez, Mexico, just across the border from El Paso. The story, Byrd said, is particularly relevant in today’s political climate.

Next year, the press will officially announce The Rise of the Halfling Kind, the first in a series of 10 middle-grade graphic novels by David Bowles. The books will be derived from his book Feathered Serpent, Dark Heart of the Sky. “He’s a wonderful writer for young people exploring Mexican mythology in a really exciting and new way,” Byrd said, adding that these books will be in collaboration with Bowles’ daughter, who will illustrate the books.

The press also recently published two mystery novels written by women: The Bird Boys by Lisa Sandlin and Girl Gone Missing by Marcie Rendon. “One of the real attractions of both of those mystery books is they subvert the traditional structure of a mystery novel in really unique and interesting ways,” Byrd said. “They’ve both been a lot of fun to work on.” 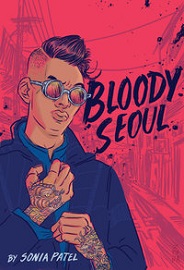 Cinco Puntos also had the chance to work on a young adult novel called Bloody Seoul by Sonia Patel, who is a trained psychiatrist specializing in children and adolescents.

“[Patel] brings a unique understanding of what’s happening inside kids’ heads to her writing, and it makes for some really compelling and sometimes difficult protagonists because they’re expressing complicated emotional and mental issues,” Byrd said, noting that this is the third time the press has worked with the author. “It’s always a rewarding experience to get a chance to see and experience that through Sonia’s books.”

Cinco Puntos works with a variety of children’s authors and illustrators. This year, the press published the Spanish edition of a book it published last year in English called All Around Us by Xelena González and illustrated by Adriana M Garcia. “We fell in love with it the moment they sent it to us,” he said. “It’s such a touching story primarily about the relationship between a child and her grandfather, but it touches on so many different elements of a rich, cultural life. It’s just an irresistible book.”

While the press receives submissions from all around the country, it is, Byrd said, historically a border press and remains so. “We really love publishing books and writers from where we live,” he noted. “We also have a reputation for publishing breakout work by Latino writers, so that drives a lot of our submissions. I think people have come to see us as a publisher that’s trying to take risks on new voices, and trying to promote writers who wouldn’t get a chance elsewhere.”

The submission process at Cinco Puntos is unique in the fact that everyone in-house reads each manuscript that comes through the door, said Byrd. “They’re not just read by interns,” he said. “They’re read by just about every editor, including my mom, who’s the publisher. She reads everything.” 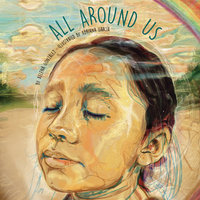 It’s a rewarding process, he continued, and one that has allowed Cinco Puntos to find many excellent stories. “We’ve found a lot of stuff that’s been rejected by other publishers or otherwise couldn’t find a home,” he said. “We’re open to new ideas and different ways of expressing things — that’s actually how we came to publish Isabel Quintero’s Gabi, A Girl in Pieces.”

Quintero’s book, which won a William C. Morris Award for Debut Young Adult Novel, among other honors, chronicles a girl’s last year in high school as she navigates the world around her. “Isabel had worked really hard to get [the book] published. She submitted all over the place, and finally, submitted it to us,” Byrd said. “We knew within the first couple of pages that it was going to be a classic. We published it as quickly as we could.”

The press’ location in El Paso brings as much challenge as it does benefit, Byrd noted. “We’re geographically separated from the rest of the publishing world,” he said, “and that very much informs who we are and what we publish, but it also makes getting review coverage a little bit frustrating.”

Byrd recalled a memory of running into a publishing friend who’d recently received a high-profile review of an upcoming title. “I asked her [how she did it] and she said, well, I ran into the editor at a cocktail party,” he told BTW. “And that’s the sort of thing that doesn’t happen to me. I know every publishing professional in El Paso because I work with them. That is a struggle we face.”

Cinco Puntos’ location also means that when it comes to hiring, there isn’t necessarily a large pool of people with publishing experience. “It forces us to hire people with potential and train them,” Byrd said, “but the flip side of that is they’re coming to publishing with fresh eyes, new ideas, and different ways of approaching things. So, while it is a challenge, it also ends up being a benefit to us.”

Literarity, an indie bookstore located in El Paso, has helped to ground the city’s literary community, which, Byrd said, “has been a real delight for us.” Said Byrd, “While El Paso is a real book-reading town, we haven’t been able to sustain an indie bookstore for quite a while...we’re geographically separated from a lot of booksellers. It’s been a little bit of a challenge for us to connect with indie booksellers.”

Industry conferences, such as Winter Institute, have been essential to creating ties with indie booksellers around the country. “Going to Winter Institute has been a real breath of fresh air for us,” Byrd said. “That’s a wonderful opportunity to network with people.”

The indie bookstore channel is important to Cinco Puntos, Byrd said, because the press feels it has a different kind of audience for its books. “We see a much broader readership in the United States,” he noted. “We see many more people who are hungry to read, but they’re just not getting reached in the way that booksellers traditionally reach readers. It’s the indie booksellers that are tackling the challenges of figuring out how to bring those non-traditional readers into the reading community.”

“Historically, it’s been my mom and dad and me and a couple of other employees. But this year and next, we’re really focused on building for the future. As part of that, we’ve been able to bring in a couple new employees, and not only are we using this time for them to learn from my parents, but for them to inject their own new ideas into the press.”

Said Byrd, “It’s been a really rewarding process to watch that unfold. It’s a really unique period in the press. We’re holding on to who we are, but also kind of adapting to new energy and new ideas. I think in this process of transition, we’re really going to be invigorated and ready to publish for another 35 years.”