Nobrow Press, a London-based graphic novel publisher founded in 2008 by Sam Arthur and Alex Spiro, produces unique, sustainably printed graphic novels, comics, and picture books by illustrators from the U.S., the U.K., and other European countries.

To make its high quality, environmentally friendly product with a one-of-a-kind feel and color palette, the publisher’s European printers, who have been engaged in bookmaking for hundreds of years, use only FSC-sourced paper and vegetable inks.

“There is a real history and power to illustration, both in graphic novels and in children’s books, that can’t just immediately be made,” said Tucker Stone, the company’s U.S. sales and marketing director. “It’s a power that requires a physical object to bring it to life. There is a history to printmaking and a history to illustration that we’re trying to honor with any new work we create.” 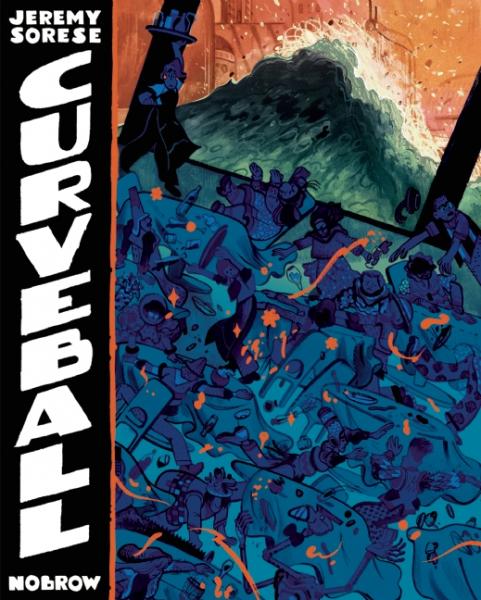 Nobrow began U.S. distribution in 2012 via Consortium Book Sales and Distribution and, the following year, opened a stateside office in New York City. Having a U.S. office is useful for facilitating interaction with American authors and illustrators, Stone said, and makes it easier to send representatives to U.S. trade shows, including the American Library Association annual conference, ABA’s ABC Children’s Institute, and BookExpo America.

Nobrow illustrator Jeremy Sorese participated in the “Best in Fall 2015 Graphic Novels” panel at BEA this past May. The American artist promoted Curveball, a 424-page coming-of-age story set in a sci-fi universe. The graphic novel, which is set to release in October, is both a futuristic adventure and a relatable tale of love and heartbreak.

And in April, at the ABC Children’s Institute, Rilla Alexander, an Australian designer and illustrator, autographed copies of Her Idea, her second book with Nobrow’s children’s book imprint, Flying Eye Books.

Since Nobrow began working with Consortium, a number of its titles have gained popularity among readers in the U.S. Robert Moses: The Master Builder of New York City by French author Pierre Christin and French illustrator Olivier Balez, who lives in Chile, was the first Nobrow book to make the New York Times bestseller list, and it has been a consistent performer ever since, according to Stone.

Other successful titles include illustrated biographies of Sigmund Freud and Karl Marx by the French illustration/author team Anne Simon and Corinne Maier, whose upcoming release concerns the life and work of Albert Einstein.

One of Nobrow’s most well-known series — and one that fueled the company’s U.S. operation in its early stages — is Hildafolk by Luke Pearson, a four-book series that has been translated into 10 languages. Stone said the Hilda books, about a young girl and her adventures in the magical world of Trolberg, take their book design from French graphic novel series such as Asterix and The Adventures of Tintin. 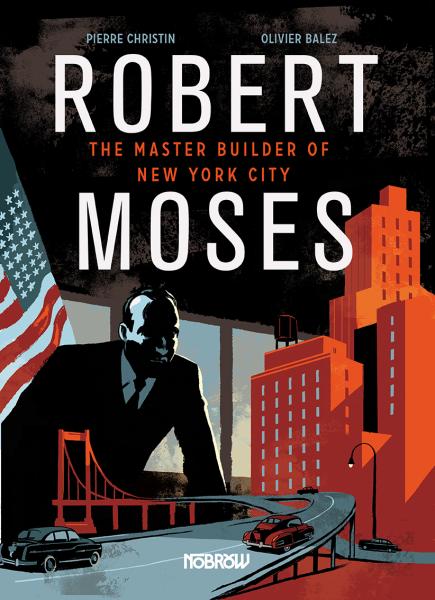 Other internationally successful books from Nobrow include young illustrator Emily Hughes’ 2013 picture book Wild, a painterly work about a young girl living with the animals of the forest who resists adjusting to civilization.

Most recently, London-based illustrator William Grill became the youngest winner of the Kate Greenaway Award in 50 years. Grill won the British picture book honor, which is comparable to the Caldecott Medal in the U.S., for his 2014 picture book Shackleton’s Journey, about Ernest Shackleton, the leader of three British expeditions to the Antarctic.

Among Nobrow’s other unique offerings are a biannual magazine anthology of short works commissioned from an international base of cartoonists and artists and a selection of titles published as “Leporellos,” which feature pages that fold accordion-style.

“You want to make books that deserve to get made,” said Stone. “You want to make things, that if you didn’t get behind them nobody else would get behind them, and not something that would just be immediately disposable in consumer culture…When an illustrator sits down — whether it’s with a pencil or a pen or a colored pencil, or whether it’s digital illustration — what is it that they can make that no other individual can make?

“When you’re dealing with illustration, it’s an opportunity for one person to transmit their art directly to that reader with nothing between them. It’s that direct communication, which is something everybody here feels pretty passionate about.”

When it comes to the company’s relationship with bookstores in the U.S., Stone said there is no question that indies are the first frontier.

“For us, indie bookstores are the kind of people who have championed our books since prior to having an easy way to get them,” he said. “They are just always going to be who we’re going after the most.” 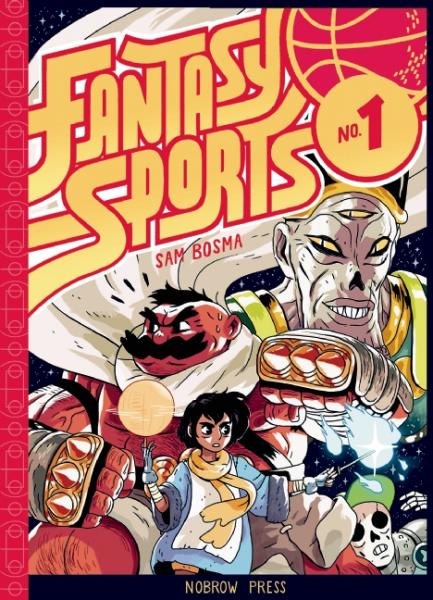 For the upcoming season, Nobrow is promoting October’s Curveball, its first original paperback; Fantasy Sports, Vol. 1 by Sam Bosma, to be released in July; The Little Gardener, the next illustrated book from Wild author Emily Hughes; and Flying Eye’s first paperback from the Hildafolk series,  among other titles.

This year, to the delight of serious comics-lovers, Nobrow also launched a creative, somewhat labor-intensive enterprise to digitize selections from its backlist: an app for the iPad. The app includes a “layers” feature that shows the different stages of the comic as it is drawn — pencil to colored pencil to ink. Nobrow aims to make two new titles available on the app every 10 to 12 weeks.

“We want to find ways that people can find out about these illustrators we are working with,” Stone said. “Every publisher is going to live and die by the strength of the artists and authors they work with…Whatever we can do, through books or apps or anything else, to expose people to these artists: that is our job, and that is what we want to do.”