Source Booksellers in Midtown Detroit has become a beloved neighborhood institution, though owner Janet Webster Jones, a longtime educator in the Detroit Public School system and the daughter of a public librarian, said bookselling was never in her plans. “I was never inspired to open a bookstore. That was the funny part,” she recently told Bookselling This Week. “I just followed opportunity and interest.” 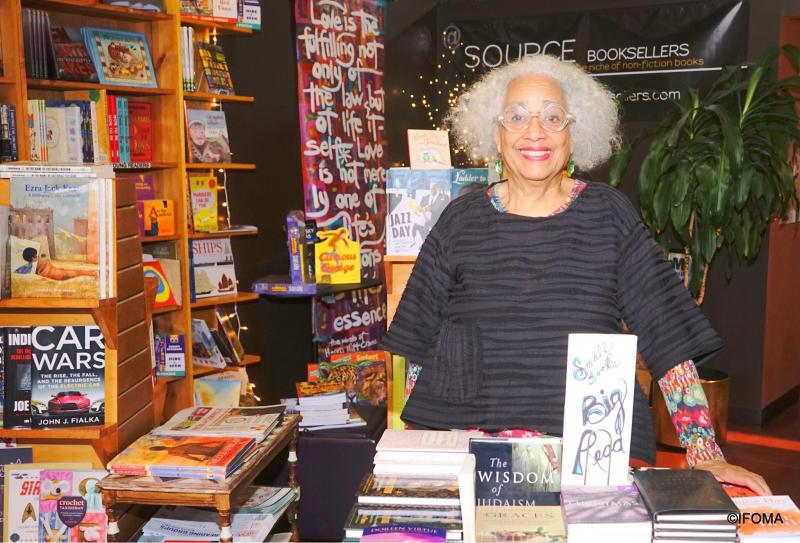 In 1989, Jones traveled to Egypt to study how its ancient history informed Western civilization; on her return she began sharing much of her knowledge with friends, using books to support her conversations. When she was asked to bring some of her books “to sell over a table” at a church bazaar, Jones’ bookselling career was launched.

“It was interesting to me and I had fun doing it, and other opportunities came up to go to markets, churches, fairs, and bazaars,” said Jones, who soon learned how to buy books by reaching out directly to the publishers of the titles she liked. Jones likened her entrée into books to that of Ta Nehisi-Coates’ father, who ran a small publishing company in the basement of his West Baltimore home.

In the early 2000s, Jones found a more permanent home for Source Booksellers inside the Spiral Collective, where she shared a space with three other women-owned, African American businesses. In 2013, she moved the bookstore out of the collective and into its current location in Midtown Detroit.

Throughout its many iterations, Source Booksellers has maintained a focus on nonfiction titles, primarily in the genres of history and culture, health and well-being, metaphysics and spirituality, and books by and about women. “We offer a curated inventory; we select pretty carefully inside those four categories,” said Jones.

Source Booksellers’ location near Wayne State University, hospitals and health centers, cultural centers, and art museums attracts a wide range of people who also inform the selection of books the store carries. “We have a good, strong cultural mix of many different kinds of people,” Jones said.

The local reading community currently has a growing interest in ecology and sustainability — anything from water issues to urban gardening and farming. “A lot of organizations are putting their energies in this area,” she noted. “We try to stay in tune and in touch with a lot of that, especially because we are nonfiction. Anything we can do to promote our nonfiction categories and stay inside our lane, we do.” 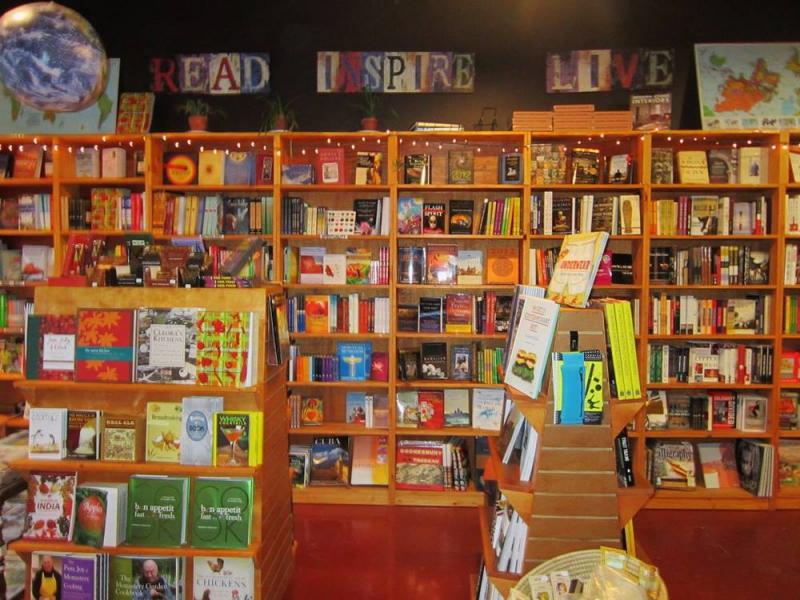 The store’s special interests are reflected in its events. In addition to regularly scheduled classes in tai chi, qi gong, and chair yoga, Source Booksellers hosts book and author talks and other special programs. In February, the store hosted a black culture trivia game and a conversation about Riverwise, a new quarterly magazine focusing on the challenges facing Detroit’s neighborhoods. Author events have featured Carolyn Finney (Black Faces, White Spaces: Reimagining the Relationship of African Americans to the Great Outdoors, University of North Carolina Press) via Skype; YES! Magazine founder Sarah Van Gelder (The Revolution Where You Live: Stories From a 12,000-Mile Journey Through a New America, Berrett-Koehler Publishers); and Kiini Ibura Salaam (When the World Wounds, Third Man Books).

Source Booksellers also served as the official vendor at an offsite event for Keeanga-Yamahtta, the author of From #BlackLivesMatter to Black Liberation (Haymarket Books), that was hosted by Wayne State University’s Department of African American Studies.

In honor of Women’s History Month in March, Source Booksellers is planning an event on fashion that will highlight the life of Elizabeth Hobbs Keckley, the seamstress for both Mary Todd Lincoln and Sarah Cordelia Bierce, the wife of black classicist William Sanders Scarborough.

“We stay well-grounded in our four major categories and keep bringing to people, as much as we can, things that they’d be interested in,” said Jones. “I’ve never wanted to be a general interest store because I’m just too nosy. We stay in our category as a small boutique-like bookstore with a curated inventory.”

Since its start as a vendor at local markets, Source Booksellers has been recognized by both local and national publications. Earlier this year, it was featured in a Crain’s Detroit Business story on the resurgence of independent bookstores in Detroit and past coverage has included features in the Detroit Metro Times and by TV station WDIV Local 4.

“Bookstores add a particular and special texture to any community,” said Jones. “The bookstore is a place that doesn’t function like food retail or clothing retail or DIY retail, it functions very differently for people and for the community in which it serves.

“People can come to a bookstore without feeling like they have to buy something or do something or be something. It’s a much more open and friendly place for people to come, and it helps to solidify and create community. I’ve come to that understanding over time. Bookstores serve a very special function in all communities.”

For Independent Bookstore Day 2016, Source Booksellers invited customers to share their feelings about independent bookstores in video recordings for its Bookstore Stories project. Customers talked about their favorite bookstore experiences — not just at Source Booksellers. “People are usually real willing to talk,” said Jones. “We’ll continue to do that again this year.”

Jones, who was recently appointed by ABA President Betsy Burton to the association’s Booksellers Advisory Council, said she is looking forward to her first meeting and is already developing some goals for her time on the council.

“I appreciate the fact that ABA is trying hard to respond to Roxane Gay’s challenge about diversity. Over the years, I’ve heard some bubbling up about the issue of diversity at our meetings,” said Jones. “I hope that my voice can be of benefit to the council as well as to the work of ABA. I do have some things I want to be able to express in terms of the desire to reach toward more diversity.”