The Thacker Mountain Radio Hour’s rousing show on the final day of the American Booksellers Association’s Winter Institute 13 in Memphis will air this weekend on Mississippi Public Broadcasting. 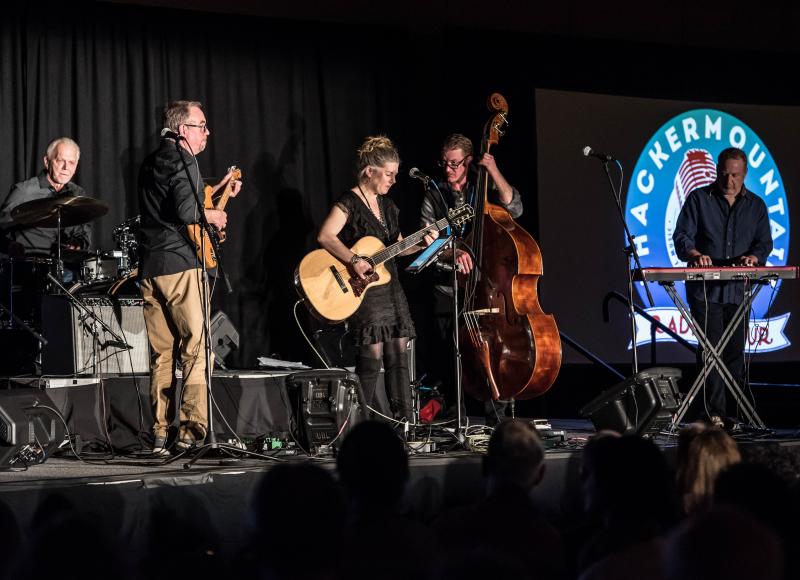 Booksellers who missed the show — or who’d like to relive the event — can stream it live on Mississippi Public Broadcasting’s website at 7:00 p.m. Central Time this Saturday, February 3. Booksellers can also see video of the show, which ABA streamed live on Facebook.

Playing to a packed house of booksellers, Jim Dees, who has hosted the program since 2000, took a moment to talk about Thacker Mountain and introduce the show’s house band, the Yalobushwhackers, as well as Memphis-based soul band The Bo-Keys.

He welcomed singer/songwriter Dar Williams, author of What I Found in a Thousand Towns: A Traveling Musician’s Guide to Rebuilding America’s Communities — One Coffee Shop, Dog Run, and Open-Mike Night at a Time (Basic Books); poet Elizabeth Acevedo, author of the debut novel The Poet X (HarperTeen), out March 6, 2018; and Cold Mountain author Charles Frazier, author of Varina (Ecco), out April 3, 2018. 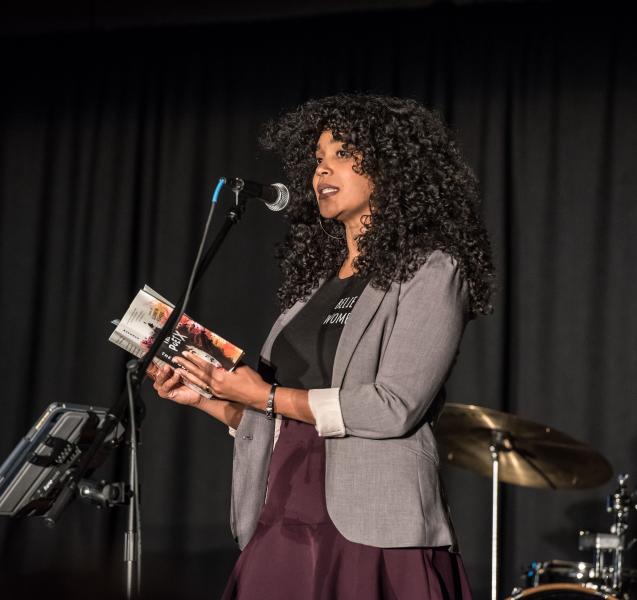 Acevedo was the first to take the stage with Dees, who asked her about the origins of her young adult debut novel, which is told in verse. “In this book, and I have to ask you, there is a very domineering mother and a rebellious child who wants to be a poet,” Dees said. “And, I thought, you didn’t just make this stuff up, did you? Really, I ask you, was guilt a big part of your upbringing?”

Acevedo, who was raised in a Caribbean Catholic household, said she was inspired by her own background.

“When you come from an immigrant household, there are a lot of values you learn from your parents,” she said. “Then there are moments where you have to push your parents a little bit and say, ‘How do we come to this new place and adopt some of the values here that might really serve us? How do we let go what might not be helping us move forward or be as close as we can be?’ And my character has to do that with her mom.”

Bringing Williams on stage, Dees invited her to speak about how her musical career inspired her book. 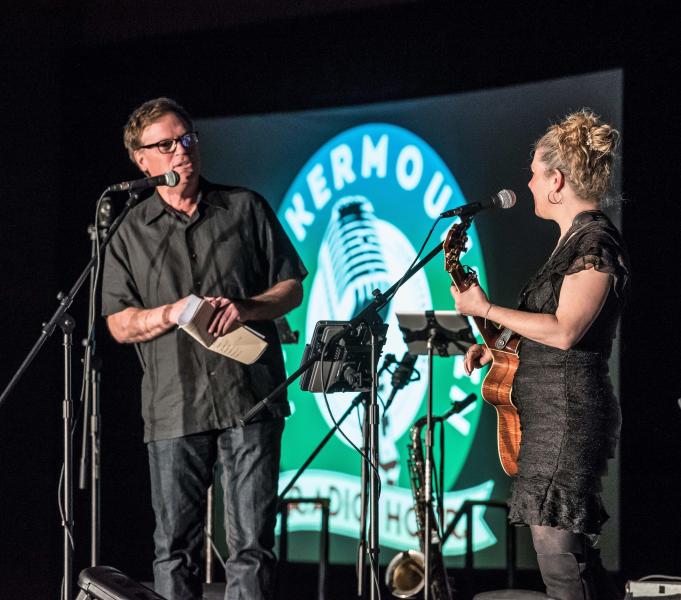 “My career couldn’t have happened if the American towns and urban centers had not come back the way they did,” Williams said. “In the mid-’90s, there was a lot of plywood and spray paint in the downtowns, and a lot of the life was being sucked out.”

Calling herself an “engaged citizen” who witnessed a spirit of pride among the small-town residents she met on tour, Williams said she sees hope even as the larger media narrative suggests the country is divided.

“A big thing I found in writing this book, and it became my motto, is that the opposite of division is not unity — it’s collaboration,” she said.

Dees brought Frazier on stage and asked him how the story in his new book, that of Varina Howell Davis — the widow of Confederate President Jefferson Davis — relates to today’s era when the word of the moment is “complicit.” 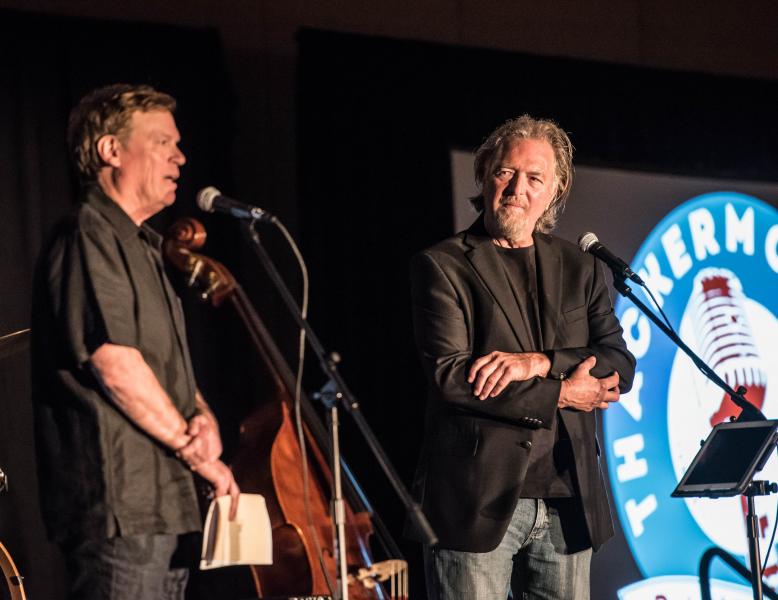 Charles Frazier discusses how his new book deals with guilt and memory.

“One of the things I found fascinating about her is as soon as Jefferson Davis died, she took off to New York City,” Frazier said. “She was 62 years old. She said she wanted to be a writer. She, at some point, said, ‘I don’t want to go back to the South until it’s feet first in a box.’”

Bringing this real person to life on the page required Frazier to approach his subject with nuance.

“At an age when most of us get pretty well entrenched in the values of our youth, she was still trying to evolve as a person. She wasn’t perfect at that. She wasn’t completely successful. Maybe if she lived another 10 years, she would have gotten closer,” he said. “I was very interested in the elements of memory, guilt, complicity in benefitting from that system that we are still, to this day, living with the aftermath of.”

Thacker Mountain is recorded during the spring and fall. The show is currently on winter hiatus, but performed the special program just for Winter Institute.

Stream the special presentation live on Mississippi Public Broadcasting’s website at 7:00 p.m. CST on Saturday, February 3, or watch a video of the show now on Facebook.