Booksellers know that a large and diverse selection of non-book merchandise can provide a needed boost to their annual holiday profit margins. In discussions with Bookselling This Week, bookstore owners around the country revealed some of their perennially popular gifts as well as more unique non-book merchandise that added to their bottom lines this past holiday season.

One of the more unusual non-book success stories comes from McLean & Eakin Booksellers in Petoskey, Michigan, where store co-owner Matthew Norcross estimates he sold more than 100 turntables and north of $20,000 in vinyl records with minimal returns, from May until the end of the year, with at least half of those sold after November. 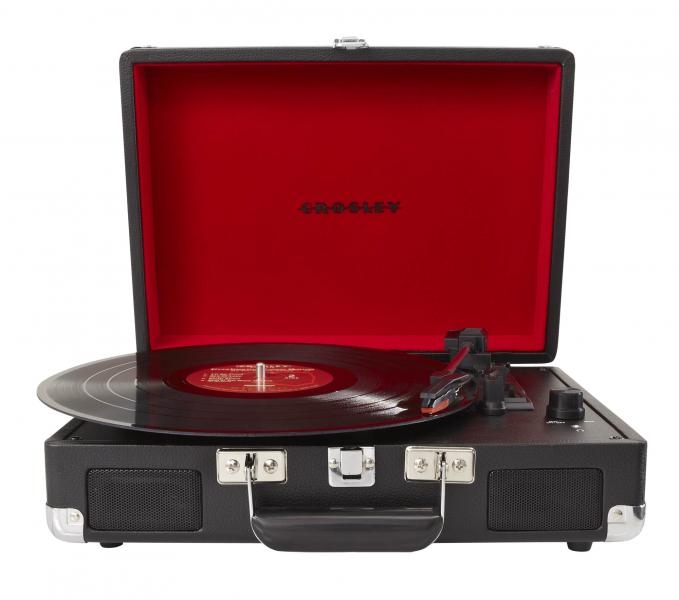 “We actually started carrying turntables in small numbers along with a small layout of vinyl in May, kind of on a whim,”
Norcross said. “I had had an interest in it. My wife [Jessilynn] and I co-own the store, and I've always liked carrying interesting things, like weird movies. It was something different.”

In the first 10 days of sales, all four turntables carried by McLean & Eakin sold, as did all the vinyl they initially ordered, results that Norcross called “a very positive return on investment.” Buyers ranged from teenagers getting into the retro vinyl trend for the first time to nostalgic 60- and 70-year-olds replacing their old worn-out record players and picking up some new tunes along the way.

“We didn’t really do a lot of planning, but there was a lot of interest from the get-go…even before the holidays it was really strong,” he said. “The interest in the turntables and vinyl led us to decide to have a permanent section.”

For music, Norcross said he went back to his teen years, choosing material from ’80s new wave bands like The Smiths and The Cure, but he also tried to cover a range of tastes and styles, including hip-hop artists like Tupac and Dr. Dre. Contemporary alt rock bands like Iron and Wine, Vampire Weekend, Spoon, and Jack White proved to be the holiday months’ top sellers.

McLean & Eakin sells Crosley brand turntables ranging in price from $99 to $199. Norcross orders them from Deer Park Distributors, which he noted provided cost-effective shipping from Illinois. Bookstores can get vinyl from Baker & Taylor, but Norcross cautioned other booksellers who are interested in starting down this road to be aware that it is ordered on a nonreturnable basis. Prices, he said, are good: anywhere from $17 all the way up to $380 for a box set of the Beatles, with the average retail price settling at $26. 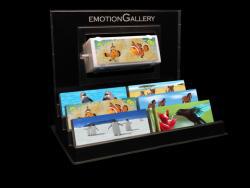 Mara Lynn Luther, co-owner of Chapter One Book Store in Hamilton, Montana, is one of many booksellers who mentioned both Emotion Gallery 3D Bookmarks, whose sales benefit the American Booksellers for Free Expression, and Out of Print T-shirts featuring literary sayings as their stores’ hit non-book items for the 2014 holidays. 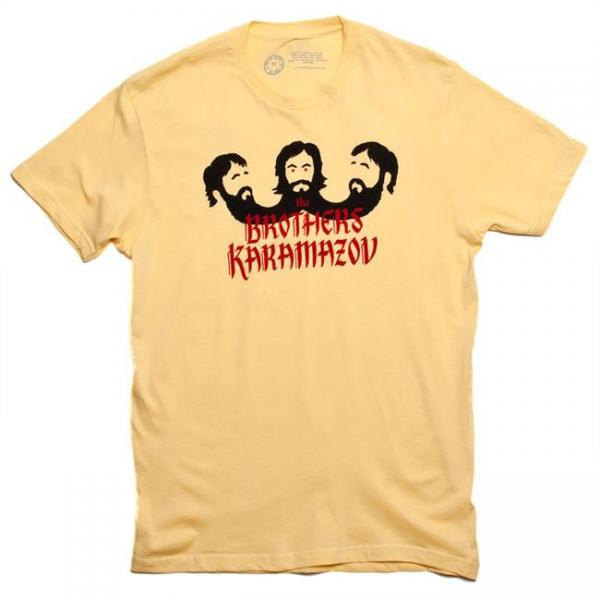 Out of Print T-shirts, The Brothers Karamazov 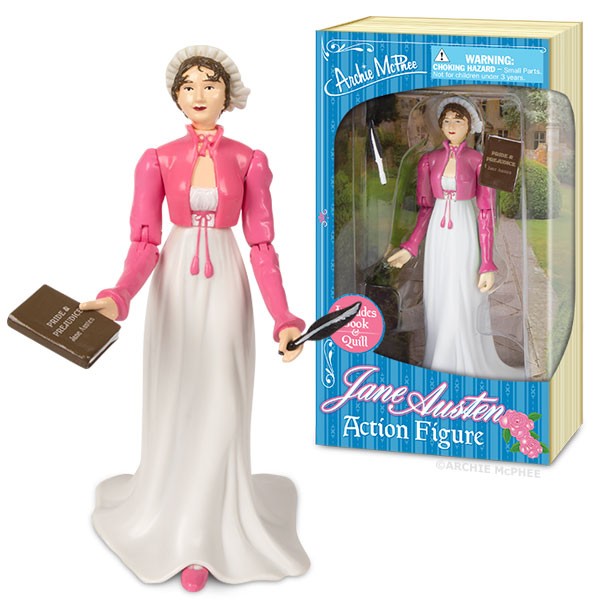 “We’ve only just started stocking the literary gag gifts and they were popular, but we’re hoping they pick up even more. Jane Austen dominates our shelves, but we’re excited to branch out into Shakespeare and Poe eventually, too,” said Luther, who co-owns the shop with Shawn Wathen.

“Folkmanis puppets have been steady for us for several years and just in 2014, we’ve added substantially to our jigsaw puzzle inventory,” she added. “We’ll be hosting our second annual puzzle swap, a free event to raise awareness about our puzzles, and that’s popular. Puzzles seem to be better in the winter months for us, but we keep some in stock year round.”

Litographs’ merchandise decorated with literary sayings also sold well at Christmas time at a number of ABA member stores. The brand’s T-shirts, tote bags, tattoos, and matted art prints are designed using thousands of words taken from the texts of classic works of literature to create an image that fits the theme of the book; for example, red braids for Anne of Green Gables, a diver’s helmet and tentacles for 20,000 Leagues Under the Sea, and a windmill for Don Quixote. 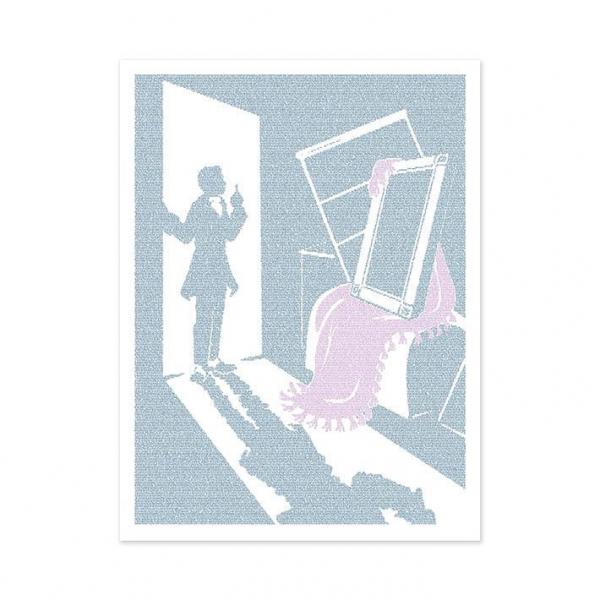 “The retail price is around $20 and they’re just lovely pieces of art for that price. At one point we had them on a table display along with the books that went with them, and it got tons of attention from shoppers. We’d love to get our hands on Litograph T-shirts, but when we did our pre-holiday buying the wholesale cost of the shirts was still too high for us,” Olson Day said.

Although, she added, Gallery Books did sell literary T-shirts from other makers, such as Out of Print.

Another of Gallery’s reliable non-book items, even in the off-season, is customized mugs from Deneen Pottery in St. Paul, Minnesota. The hand-thrown pottery can be emblazoned with a business’ logo and retails for $20, Day said. 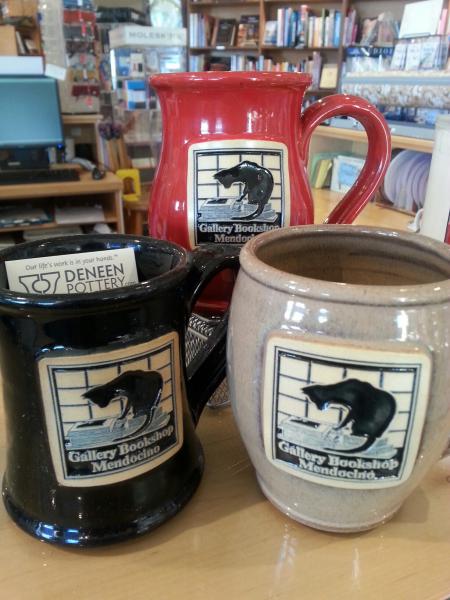 “I think nice logo mugs and other branded items really capitalize on the collective cachet of indie bookstores. We also sell ceramic magnets with our logo from Deneen and have been considering trying their ceramic and leather key fobs, too,” Day said.

“We ordered the MerryMakers that could team up with a book that we had for the character. If we had several books, we would put a few out with [the MerryMakers doll] in a display. It seemed to work! The sales of MerryMakers have been great since we started carrying them alongside the books,” she said. 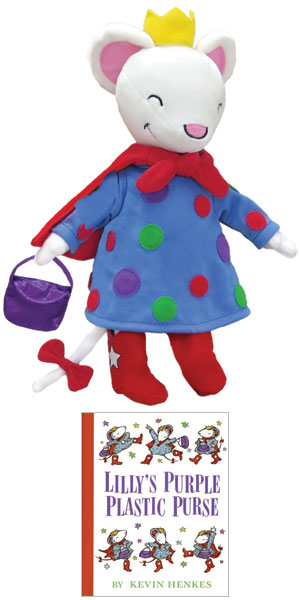 After the store’s initial success, Inman said Bethany Beach re-evaluated its titles in stock in relation to its MerryMakers merchandise. “We went through inventory to make sure to have at least one of everything [in a series], so for Christmas time people could buy all the different books in the series,” she said.

MerryMakers toys retail anywhere from $12 to $25 with most falling in the middle, at $18, although the corresponding books are sold separately, Inman said. Small backpack-zipper pulls featuring MerryMakers stuffed animal characters retail at $8, Inman said.

Trish Coffey, the sidelines buyer at Quail Ridge Books & Music in Raleigh, North Carolina, is another bookseller who was pleased with sales of Out of Print T-shirts and tote bags this holiday season. Coffey also had a winner in Seltzer Goods’ Seven Year Pen, which has an extra large cartridge that purportedly lasts for seven years of daily writing. 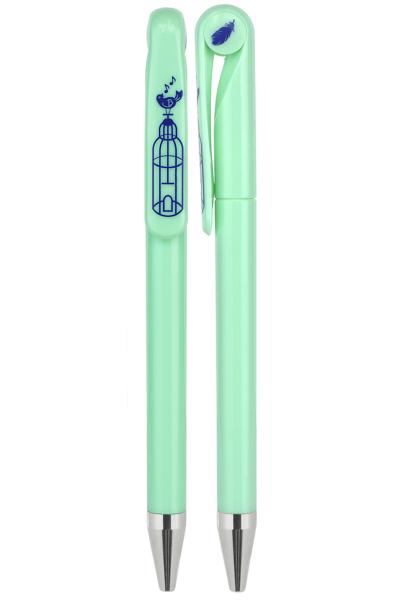 At Liberty Bay Books in Poulsbo, Washington, store owner Suzanne Droppert highlighted Sock It to Me Socks, funky footwear manufactured in Portland, Oregon, where the motto for the shop local movement is “Keep Portland Weird.”

“We sold more than double from last year,” she said. The bestselling style was the men’s ankle socks featuring a depiction of Sasquatch, or Big Foot as he is more commonly known. 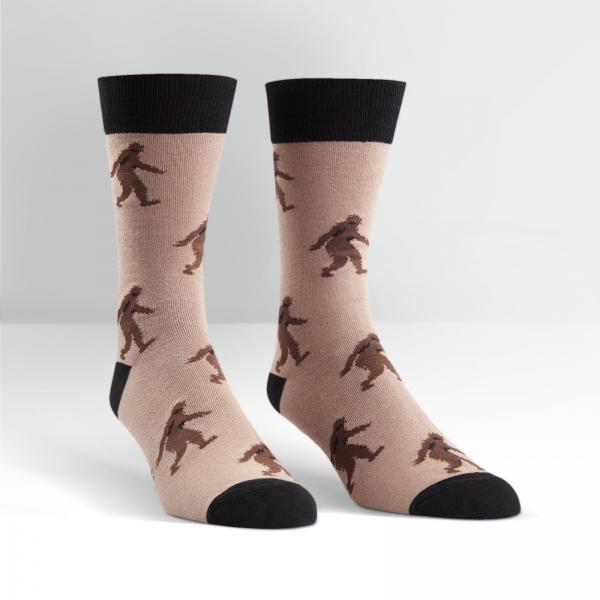 Sock It to Me socks, Sasquatch

Droppert also mentioned Enchanted Book Boxes out of Cambridge, Massachusetts’ Enchanted World of Boxes as one of her season’s bestselling non-book items. The boxes present the appearance of ancient books when laid flat and are styled to look like titles such as Moby Dick and Hamlet. According to the company’s website, the boxes “evoke [the] tradition of collecting rare books that dates back from the ancient library of Alexandria.”

Liberty Bay received a shipment in October but had to restock for the holiday by the time November came around, Droppert said. “We put them all over the bookstore and they just sold and sold,” she said. 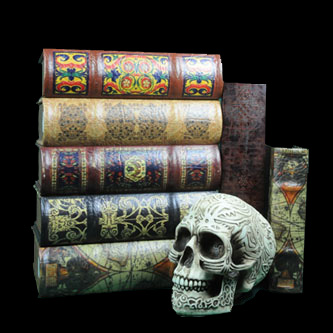 “Of course, we’re Scandinavian up here, so we want them to do one based on Norse mythology,” Droppert said.