Teicher to Indies at ABA Annual Meeting: This is Our Moment 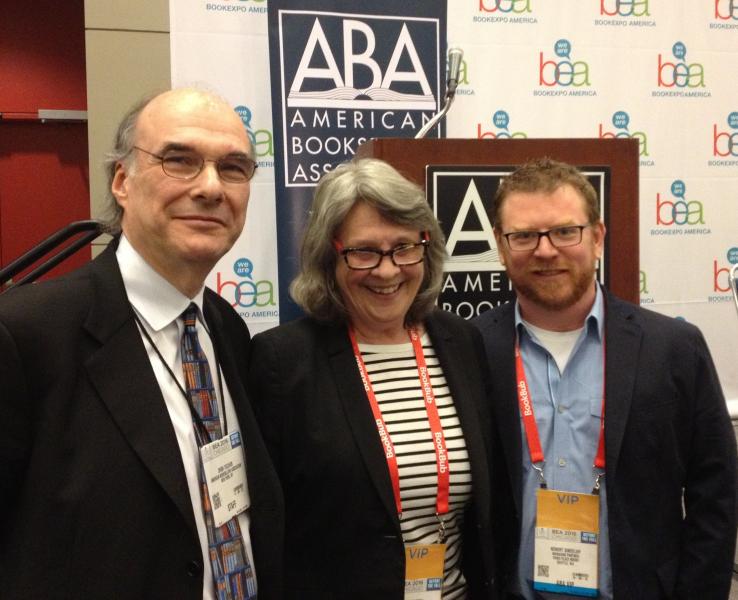 At the American Booksellers Association’s Annual Membership Meeting on Thursday, May 12, at BookExpo America, ABA President Betsy Burton of The King’s English Bookshop in Salt Lake City, Utah, called the meeting to order and provided the Report of the President.

In beginning her remarks, Burton bid farewell to outgoing board member Sarah Bagby of Watermark Books & Café in Wichita, Kansas, after six years on the ABA board. “She has been a wonderful board member,” Burton said.

Burton also welcomed Kris Kleindienst of Left Bank Books in St. Louis, Missouri, and Chris Morrow of Northshire Bookstore in Manchester, Vermont, and Saratoga Springs, New York, who are joining the Board, with terms ending in June 2019. Beginning their second three-year terms on the Board are Annie Philbrick of Bank Square Books in Mystic, Connecticut, and Savoy Bookshop & Café in Westerly, Rhode Island, and Robert Sindelar of Third Place Books, with two locations in the Seattle, Washington, area and a third scheduled to open soon.

Burton noted that she has “really tried to concentrate on communication” this year, through her president’s letters in Bookselling This Week and her communications with the regional associations, which began after Winter Institute 11. “We want to keep that process going,” she stressed, and added that any members wanting to speak with her for any reason should not hesitate to reach out.

In the Report of the Chief Executive Officer, ABA CEO Oren Teicher thanked the ABA Board for their service. “I’d like to begin by expressing my thanks to the Board. They devote literally hundreds of hours working on your behalf. I want to express our thanks for the incredible job that they do. They are a remarkable group,” he said. 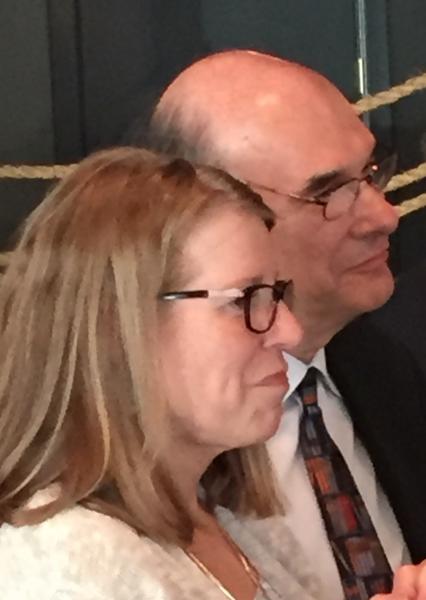 Teicher also extended his personal thanks to Bagby in light of her departure from the board. “She has been an extraordinarily effective member of the board, and we will miss you a lot,” Teicher said.

Per the Financial Report, Teicher said the auditor had once again given the association’s financial statements a clean opinion. (The 2014–2015 Consolidated Financial Statements for ABA and ABA’s 990 tax form are available to ABA members on the Governance and Finances page on BookWeb.org.)

“The state of independent bookselling in the U.S. remains strong,” Teicher stated. “This is the seventh year in a row I’ve been able to report on an increase in numbers.” Over that time, ABA membership has increased 27 percent in members and 40 percent in the number of bookstore locations. “Importantly,” he said, “we continue to see new stores opening, established stores being successfully sold to new owners, existing stores opening additional locations, and a new generation coming into the business.”

Sales in independent bookstores also continue to grow, Teicher added, noting that 2015 was “an exceedingly strong year for the indie channel. Overall sales in our channel are up more than five percent in the first four months of 2016.”

In the past, conventional wisdom had written off independent bookstores, but that narrative has changed dramatically, said Teicher. “I know not every store has seen these increases, but ABA is 100 percent committed to seeing that every store enjoys that success.”

Over the past year, “ABA has worked to provide you the tools and services necessary to strengthen and expand your opportunities for business success,” Teicher reported.

In regard to technology, he noted that ABA has invested significant resources in upgrades and new features for IndieCommerce, and there will soon be improvements in customer check-out for IndieCommerce. There will be a new platform for the Book Buyer’s Handbook on BookWeb next month and ABA has added staff to expand outreach to publishers to ensure the Handbook has the most accurate data possible.

ABA’s first priority remains education, and the association “continued to expand our educational programming, both at the Winter Institute and the Children’s Institute… at our Spring Forums, at the Fall Regional Shows, and here at BEA,” Teicher said. He announced that ABA is launching two new initiatives in the months ahead: A dedicated workshop on bookstore finances set for the fall, and another workshop on leadership.

Teicher said that some years ago, he challenged publishers to rethink terms and business models that had largely gone unchanged for 50 years, and noted that “many of them have done exactly that.”

Since that time, he said, publishers have introduced beneficial programs such as rapid replenishment and simplified co-op. ABA, working with publishers, has launched the Indies First and Indies Introduce initiatives, which recognize the unique role the indie channel plays in discovery with earned terms and programs. “There is still a lot to do, but we are making progress,” he said.

“All of us here today know that independent bookstores face significant challenges,” Teicher cautioned. “And, as I’m sure you will agree, ignoring those challenges would be a terrible mistake. Increases in minimum wage and occupancy are huge challenges to the bottom line.”

Teicher pointed to the interactive Minimum Wage Impact Calculator and added: “We’ve worked with member stores in successfully placing op-ed pieces in local media, and I can’t overstate how helpful these publications are.”

Regarding rising rents, the Institute for Local Self-Reliance last month published a study that looked at the deleterious effects of high rents and that laid out strategies and policies that can help local businesses thrive, Teicher said.

ABA also commissioned the Civic Economics study “Amazon and Empty Storefronts, “ which makes clear the bleak economic effects Amazon’s online dominance is having on Main Street businesses and on local communities nationwide based on 2014 data. Teicher announced that Civic Economics will be refreshing the study with updated data from 2015.

“ABA, like you, takes care not to underestimate the challenges facing indie bookselling,” Teicher noted. “But, very importantly, we should never underestimate our resources and capabilities either. As some of you know, and, many of you have heard me say this before — as a group, you significantly underestimate your influence in the public arena. And the fact is that your considerable influence is often untapped.”

Teicher then urged booksellers to use the Advocacy resources on BookWeb.org, such as the New Localism Toolkit, and “send that letter to your federal and state elected officials…. Help us move those in government in the right direction, away from tired assumptions about antitrust enforcement and towards innovative 21st century solutions.”

In concluding, Teicher stated: “Given your recent individual successes, coupled with the current overall health of indie bookstores, I believe that this is our moment. We can’t let it go to waste. If you and your fellow booksellers join us in this effort of education and advocacy, I am confident that the greatest days of independent bookselling remain ahead of us. It may not be easy, but together we can make it happen.”