Thinking of Buying or Selling: Booksellers Tell Their Succession Stories 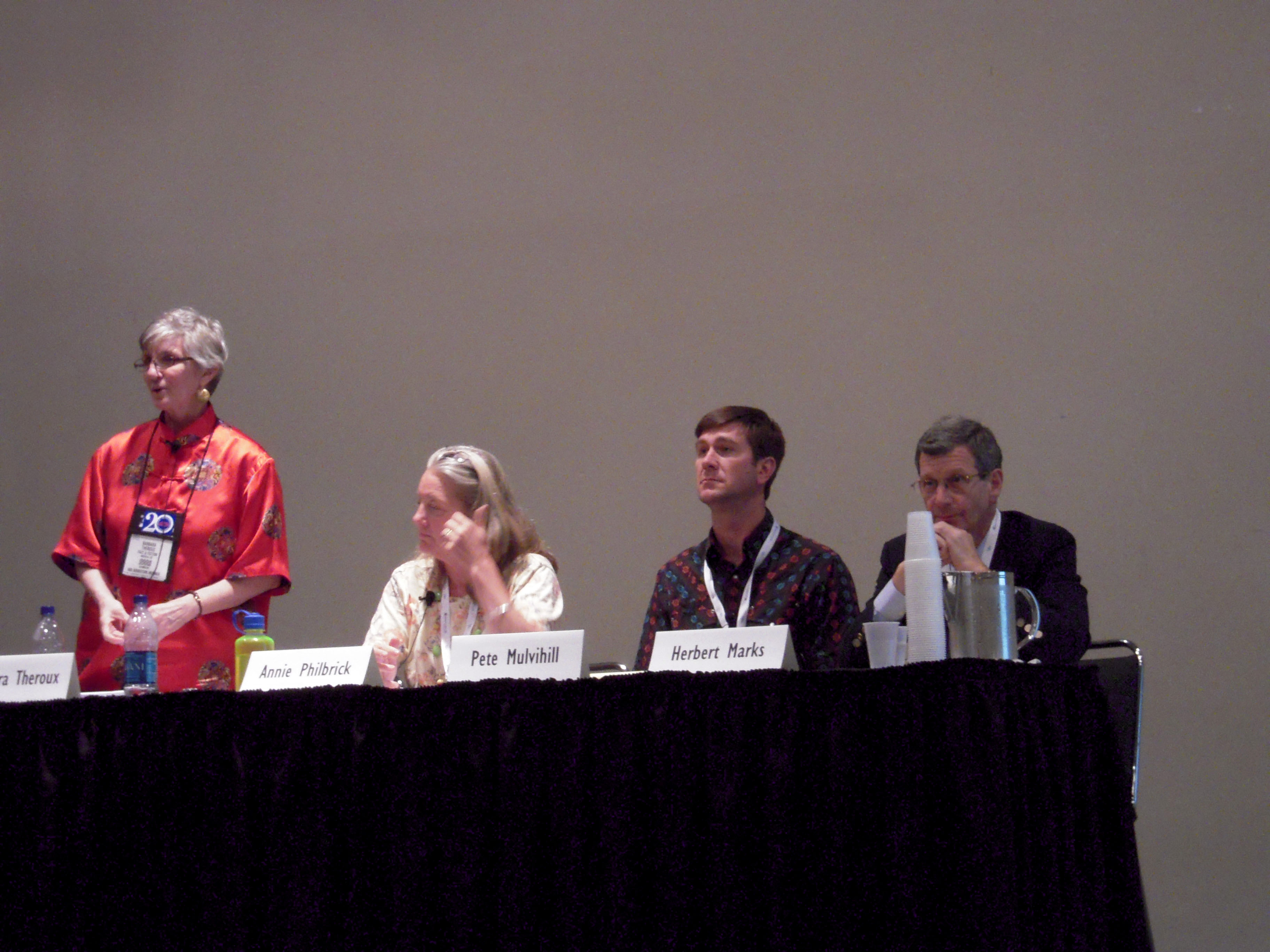 The decision to sell a business begs a series of hard questions, including: How much is the business worth? How can its value be increased? What are alternatives to exiting the business? How are buyers selected? Panelists tackled these questions and more during the session “Succession Planning: Valuing Your Business”at ABA’s Day of Education, sponsored by Ingram, at BookExpo America.

Theroux began by offering some general suggestions for booksellers who have already made the difficult decision to sell: allow enough prep time for the transition, develop a sales document, and call on professionals, including lawyers, accountants, and perhaps even customers. “Get some help and seek advice to value your business.”

Marks, an investment banker for 35 years and now a SCORE volunteer counselor, provided a primer on business valuation and tackled a question high on every seller’s list: What is my business worth? He explained, “What a person is really buying is how much the business is going to generate in earnings….” Along with cash flow, however, there is risk to consider, and since buyers generally assume liabilities, “the higher the risk to that cash flow, the less you're likely to get.”

Marks cautioned booksellers to “keep track of personal expenses that are attributed to the business.” The expenses could diminish the selling price. “People don’t think of the consequences of doing this over time.”

Valuation will be dictated in large part by the historical cash flow. “Take the cash flow of the last five years, look at the demographics, and project this forward,” he said.

Even after all the figures are tallied, there are still just three prices to consider for any store: the liquidation value, theoretical value, and “what someone's willing to pay you,” said Marks.

Following Marks, Mulvihill talked about how he came to co-own Green Apple Books, which was founded in 1967 by Richard Savoy. When he was ready to sell, Savoy organized a team of three long-time employees to buy the business—Mulvihill, Kevin Hunsanger, and Kevin Ryan. The gradual buy-out, which was completed in August 2009, served as a way for Savoy, also landlord of the building, to monitor the store’s success and mentor the new owners. Since he had a vested and emotional interest in the store’s success, he negotiated for the option of seizing control of the store if benchmarks were not met. The cost of buying the 8,000-square-foot store and its inventory was spread over 10 years.

“It worked for us,” said Mulvihill. “It didn't seem very risky, and I had great partners.” The terms of the buyout evolved over the years, he said. “The positive for the seller was that he got to maintain some control, pass on his legacy, and pick the people he passed it on to.”

In 2006, Annie Philbrick, Jane Hannon, and Patience Banister took ownership of Bank Square Books from Stuart Lamson, who had founded the store in 1990.

Philbrick had been working at the Small Business Development Center at the University of Connecticut when she heard Lamson might be selling the bookstore. “Two of my friends and I patronized the bookstore and loved it. We knew it was very important to the town of Mystic and the community.” It was their commitment that led Lamson to sell it to the trio. He provided them with five years of profit and loss statements, and had them work closely with his accountants and professional advisors. “He tried to come up with a good price that was fair and that we could afford,” said Philbrick. “I came in … and started learning the business sitting right next to Stuart. He stayed for about six weeks to help us in any way that he could, and he’s been available for the past four years by phone.”

Philbrick said she’s happy with her decision to jump into bookselling. “The store does very well,” she said. “We started an independent business alliance. We support local libraries and schools. I don’t know what the town would be without a bookstore. I had never sold books before, but it was a good risk.”

The partnership has since changed. “We lost one partner, who was a teacher and wanted to go back to teaching.” Philbrick now co-owns the store with Banister. Partnering  allowed them to meet their goal of saving the store, but she offered a caveat: “When you buy with partners, it’s really like a marriage. You’re going to be with these people all of the time.”

Fact & Fiction, founded in 1986, was bought by the Bookstore at the University of Montana, a not-for-profit corporation guided by a board of directors composed of faculty and students, in 2007. As part of the deal, Theroux continues to work at the store, with a monthly paycheck plus full benefits. There are two locations -- downtown and in the University Center.

While professionals will help keep selling-price expectations reasonable and develop a solid sales document, the bookseller can help by providing additional information, said Theroux. She recommended using ABACUS reports, offering information on community involvement, and finding a local business broker if possible. Theroux used a business broker, who had been a customer. The broker developed a seven-page sales document, managed all interested parties, and charged six percent for her services. “She was worth every penny,” said Theroux.

Theroux said that when it comes to selling your business, there’s no precise model to follow. “There are many ways to put together some kind of sale,” she said.

Mulvihill suggested that when valuing a business for a sale, it was worth underscoring the perks of bookselling to the buyer: “There’s the hard value on paper that you negotiate. But there’s also the quality of life of owning a bookstore. You’re selling them this value of quality of life, owning your own local business, and love of literature.”

Also, check out the resources available from SCORE at www.score.org.