An award-winning television production company based in New York City is seeking a family-run business, such as an indie bookstore, to star in a new unscripted TV series currently in development. 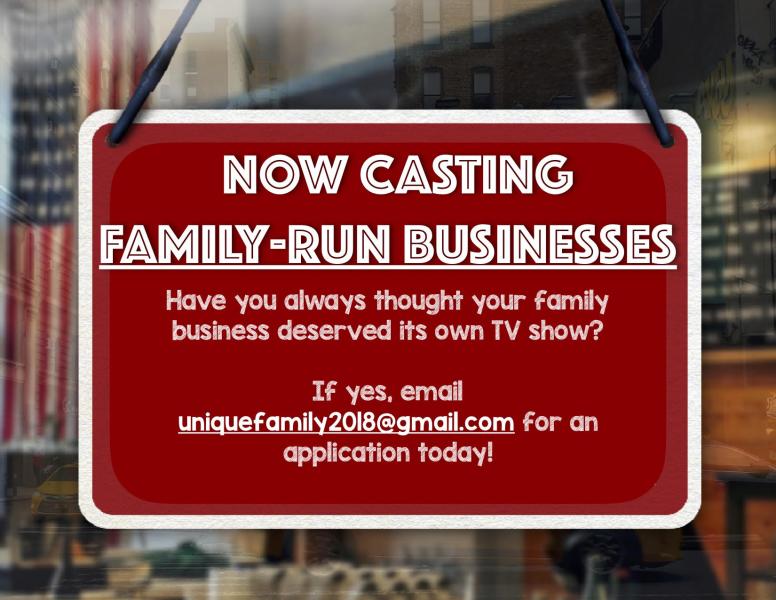 “We are searching nationwide for unique, outgoing families who work together in the family business,” said a casting producer for the company, which develops and produces a wide range of documentary and reality-based programming for a variety of major networks, including Showtime, PBS, Lifetime, and HGTV, among others.

While the new show is still in development and has not been sold to a network yet, the company has been hearing from many major networks that are looking to make the next big unscripted show about a single family. The vision for this show will be similar to Chrisley Knows Best on USA Network, which follows a dynamic family with teenagers, tweens, and younger children overseen by a charismatic patriarch. Another show that would be similar is Bravo’s 2013 unscripted series Thicker Than Water, which follows a former gospel musician and basketball player and his family.

The company is looking for some combination of family members with different, interesting personalities who are entertaining to watch; for example, a family like in Roseanne that is very relatable and funny while dealing with common struggles. “A real-life sitcom is what we are going for,” she said.

“We’re looking for unique families overall but we’re also interested in family-run businesses because families that work together have their own dynamics,” said the producer. “It doesn’t have to be one nuclear family — it could be a family with kids, aunts and uncles, and all of that.”

The chosen family would also have some sort of life moment going on or milestone they are working toward, whether that is connected to the business or not, said the producer; basically, they are looking for families that have a lot that they are dealing with as a family.

“The most important thing is probably personality and what they have going on,” she said.

In the search, the company is talking to as many families as they can in hopes of ending up with a handful or so within a month to share with the networks, which will choose one to develop an entire series around. To apply to appear on the show and to see the full casting announcement, interested booksellers can fill out this questionnaire. Booksellers with questions about the project are invited to e-mail uniquefamily2018@gmail.com.