Tweet to Author Garners Carmichael’s 1,000 Online Orders in a Day

After a bookseller at Carmichael’s Bookstore in Louisville, Kentucky, reached out to author Shea Serrano on social media, the author pointed his sizeable Twitter following to the store’s website, resulting in 1,000 online orders in one day.

The Houston-based author of the New York Times bestselling book The Rap Year Book: The Most Important Rap Song From Every Year Since 1979, Discussed, Debated, and Deconstructed (Abrams) has a loyal Twitter fanbase of 136,000 followers, whom he calls the FOH Army. Serrano often incites the informal group to action for charitable causes, like sending an ESL teacher to Turkey or raising money for Planned Parenthood.

When politely called out for pointing his followers to Amazon, instead of an independent bookstore, to order his new book Basketball (and Other Things): A Collection of Questions Asked, Answered, Illustrated (coming from Abrams this October), Serrano took to Twitter to declare the next day, Wednesday, May 17, the first FOH Indie Bookstore Appreciation Day. 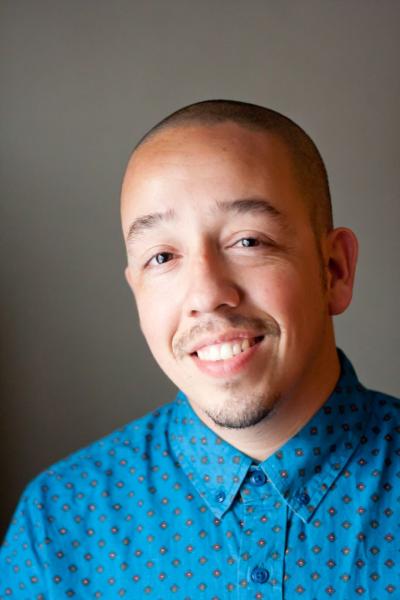 In a series of tweets, Serrano asked his followers to place orders for any book via Carmichael’s website. As a result of Serrano’s push, the store, which usually gets 1,000 online orders in a year, reached the 1,000-order mark in just four and a half hours. To help fulfill the orders, Carmichael’s co-owner Carol Besse had to send an “all hands on deck” e-mail to all 29 employees across three Carmichael’s stores.

“We had a lot of the books in stock already and now we are frantically ordering the rest from Ingram,” Besse told Bookselling This Week on Friday, May 19. “Even though we know that Ingram can drop-ship them for us, we thought it would be better to bring them into the store because we want to give them a little personal touch.”

To this end, Carmichael’s is offering free shipping on all FOH Army orders and has created special FOH Army buttons, which they’re enclosing with every order. Orders have come from across the country and beyond, including from Iowa, North Dakota, Florida, California, Arizona, Texas, Canada, and Puerto Rico, Besse reported.

“It’s really incredible to me that all of these people from all over are ordering books from us, from a store that they have no relationship with,” she said. “The free shipping is going to cost us but we figure it is worth it. To me it’s great that we got all of these orders, but if the outcome is that more people think, ‘I should be buying at my local indie bookstore instead of online,’ then that’s awesome.” 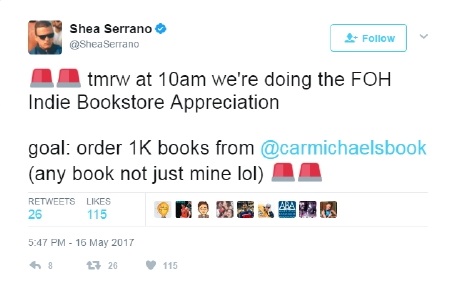 Besse think that many authors like to direct their fanbases to Amazon because they like to see where their books rank on the site and it’s attractive to be able to see how many pre-orders they’re getting each day.

Carmichael’s already has that kind of close author relationship with the poet Wendell Berry, who lives in Louisville and links his website to the store’s IndieCommerce site. With a local author like Berry, said Besse, the store can offer extra value to customers, since authors can actually come into the store and sign their books, which can then be shipped all over the country.

Mark Schultz, the bookseller who initially sent Serrano the tweet, said he started following the author on Twitter after doing a lot of hand-selling for The Rap Year Book during the 2015 holiday season; he was also a fan of Serrano’s basketball writing on The Ringer and Grantland websites.

“He seems to be really positive and genuine in terms of interacting with people, so I knew if I said something to him he’d at least say, ‘Oh hey, yeah, folks should go to their indie bookstore, too,’ but I had no idea that he was going to focus the laser beam at us with all of his followers,” said Schultz. “A guy like that, who is really true to the people that follow him, who talks to them a lot and encourages them to push their energy in positive directions, people want to unite around things like that.” 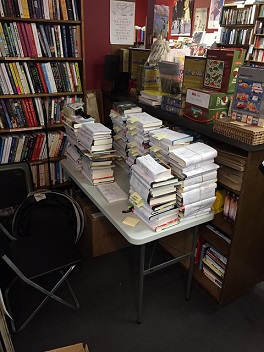 The online orders from Shea Serrano's FOH Army were piling up at Carmichael's.

Schultz said Serrano has also suggested doing a similar promotion at a different indie bookstore sometime in the future.

“Twitter sort of provides a unique opportunity to talk one-on-one with people who aren’t in your circle or friends, let alone anyone that you’ll ever meet in your life, and get a one-on-one interaction,” said Schultz. “I encourage anybody, whoever it is, to say what’s up to somebody on Twitter. You never know what will happen.”

Booksellers who are interested in creating an online relationship with an author can follow the example of Kelly Justice, owner of Fountain Bookstore in Richmond, Virginia, who often works with authors on social media to drive online sales. Tips and instructions presented by Justice at the Winter Institute 12 education session “Converting Social Media to Sales” can be found here.