The campaign, which is being promoted on the store’s website and across its social media, offers customers signed first edition copies of the book for those who place a pre-order. Two Dollar Radio was invited by Tin House to offer the signed copies for pre-order. 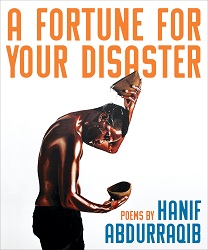 Eric Obenauf, publisher of Two Dollar Radio, told Bookselling This Week that both the press and the bookstore are not only huge fans of the writer, but have worked extensively with him in the past. In 2017, Two Dollar published Abdurraqib’s first collection of essays, They Can’t Kill Us Until They Kill Us.

Publishing They Can’t Kill Us, Obenauf said, was significant for Two Dollar. “It was the first time we published a writer who lived in Columbus. And Hanif, since we opened the store, has been really engaged,” he added, noting that Abdurraqib ran a monthly series called “Ships in the Distance,” where he invited young creatives of color across mediums to perform and discuss their work.

“We’re pretty fortunate to partner with Hanif, and we feel privileged that Tin House was nice enough to ask if we wanted to [host the campaign],” he said, noting that so far, it’s been a success. “Hanif is exceptionally well-loved. It’s been pretty amazing to see his rise...it seems like he’s only continuing to gain readers, and deservedly so.”

This will be the bookstore’s first pre-order campaign, Obenauf added, noting that it currently has another partnership in the works for Heather Christle’s The Crying Book (Catapult, November 2019), and plans to partner with more publishers in the future.

“I adored The Crying Book, as well as A Fortune for Your Disaster,” said Obenauf, “so we feel pretty fortunate to be able to participate in these pre-order campaigns for such tremendous books.”

All indie booksellers can offer pre-orders through their e-commerce sites. Booksellers can view a list of titles with good pre-order potential on ABA’s website by browsing the Pre-Order Calendar. The calendar specifically features books with added value from the publisher, such as signed copies and exclusive merchandise, plus books coming up from big authors, to entice customers to order from their local independent bookstore. See the most recent additions to the calendar here.

Learn more about pre-orders on BookWeb.org.