Jacksonville resident Bobek, who previously practiced as an emergency room doctor, said she decided to open an independent bookstore with Miller, who still practices as a pediatrician, because of their mutual love of books and reading.

“We became friends, and we’d been talking for a long time about opening a bookstore someday,” said Bobek. “We’d actually looked at a couple of buildings here and there over the years, but we finally found one just last year.”

This February, Bobek and Miller bought the Martin-Zigler building, an historic blacksmith’s building from the 1800s, which is located on the town’s main drag, California Street. The store is a 625-square-foot space within the building, which also contains 300 square feet for storage and an office. 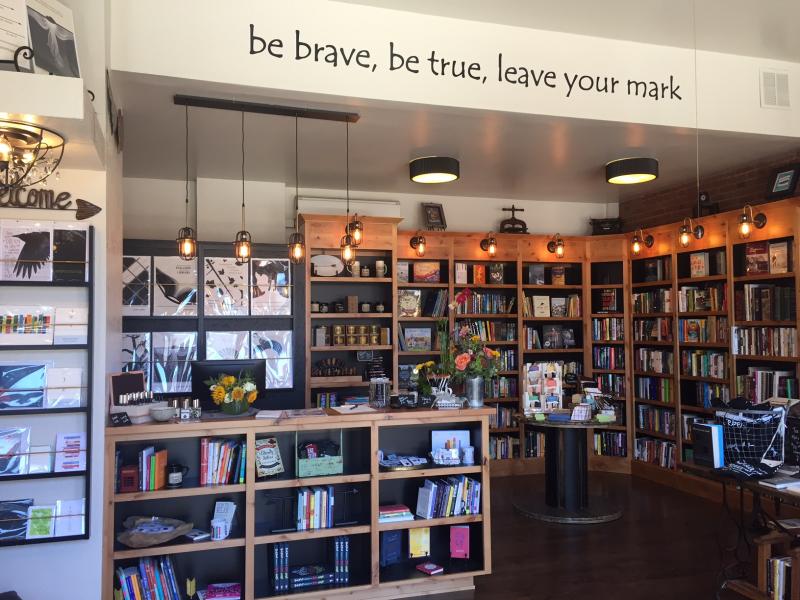 “It’s a small space but we made room for as much as we could because we want anybody to be able to walk into the bookstore and find something for themselves, no matter who they are,” said Bobek, who is currently the store’s only employee. The store has sections for children, young adults, and middle readers; graphic novels; adult fiction, including literary fiction; thrillers, suspense, science fiction, and fantasy; adult nonfiction, featuring history and science; and essays, poetry, music, and sports.

Bobek said she has also asked several local business owners within the community to create personalized recommendation shelves, “just to emphasize what a small, really close-knit community this is.” She is also including a section of books by local authors and plans to feature a new local author every couple of months, gradually building a designated bookshelf. 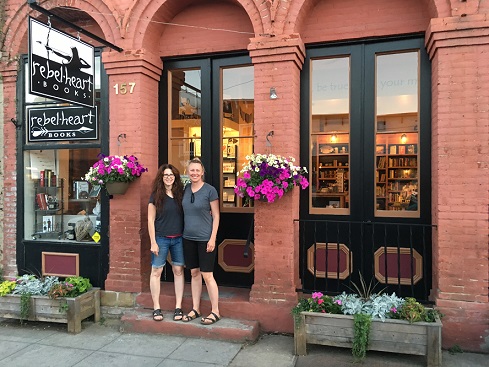 “I didn’t want to have a shelf where local authors just put their books there, because I feel like a lot of local authors tend to get lost in the woodwork and you don’t necessarily notice their bookshelf a lot of times. I thought it would be nice if we featured one author, and then each one that we feature we just add to that bookshelf, so people will be familiar with who they are for a couple of months first,” she said.

Rebel Heart Books also features a small regional book section as well as non-book items like literature and quote-related gifts and journals, and Bobek is working with a local antiquarian bookseller to create a small, curated section of used and rare books that will accompany the store’s new book selection.

Miller, who still actively practices as a physician, said that while she does not work at the store, she played a major role in getting the building renovated and ready, and will continue to work on the logistical aspects of property restoration and maintenance going forward. Drawing on her great interest in historical buildings and restoring them, Miller said she worked hard on designing the space and helping to create the general atmosphere she and Bobek wanted. 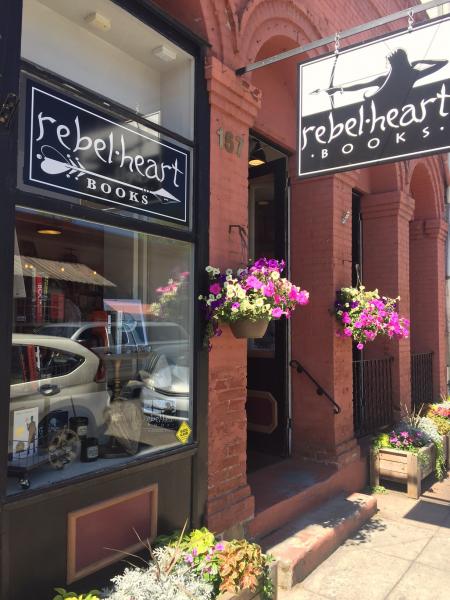 “The building had been used for many other things in the past, but it had never been a bookstore, and so it required quite a bit of restoration. We had to take down a couple of walls and redo the floors, just restore a lot of the bones of the building,” said Miller. “It was a really great process once we got involved with our contractors. Now it is just a lovely space that feels really welcoming and inviting, so that is one of the things I think is really neat about the store.”

Bobek said she has plans for the store to be involved in Britt Fest, a nonprofit summer-long music and performing arts festival that takes place in Jacksonville. Rebel Heart Books will carry books written by participating musicians and other musical acts that live in or visit the area, like Colin Meloy, the lead singer of the Decemberists, who is a resident of nearby Portland.

“What would be really nice is if I could get some of those performers who come into town to come to the store and maybe sign some copies of their books, so I plan on reaching out to the festival,” said Bobek. 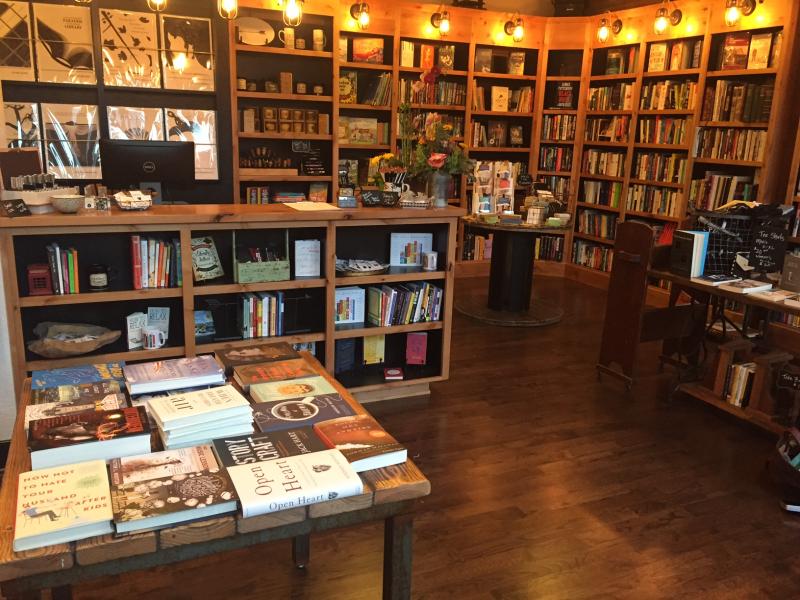 According to Bobek, a web designer is currently finishing up the store’s website, while a Rebel Heart Books social media presence is forthcoming. The fact that these are not yet in place has not mattered in terms of publicity, since the response from the community has been so robust, said Bobek. In addition, the local newspaper, the Jacksonville Review, recently did a story on the store; there will also be a grand opening celebration at some point in the future, said Bobek.

As someone with no prior retail experience, Bobek said she found Paz & Associates’ “Owning a Bookstore” manual to be extremely helpful. Leading up to opening day last Monday, she and Miller also received a lot of guidance from local business owners, including two bookstore owners in nearby Ashland: Sheila Burns, owner of Bloomsbury Books, and Jane Almquist, who owns TreeHouse Books.

“They’ve been amazing, wonderful mentors,” said Bobek. “One thing I have found is that booksellers seem to really be wonderful people who want to see other people succeed. Everyone has been really generous with their advice.”

The name Rebel Heart Books comes from the idea that everyone has a little bit of a rebel in them, Bobek said. Working as a doctor for a number of years, Bobek always felt that she, like many other people, also had another self she wanted to express.

“It comes from this desire to do or be something other than what people perceive you to be or think that you are. Everybody’s got this little secret dream,” she said, and that dream may be something different or unexpected or against the norm, which may require taking a leap of faith.

Bobek’s younger brother, Daniel, is the artist who created the store’s logo, which features a female archer stretching back her bow to fire an arrow. The logo represents the idea that aiming and launching an idea into the world, toward a goal, takes strength, courage, and determination.

To go along with the logo and name, Bobek and Miller have also created a series of customized items bearing the store’s tagline, “Be brave, be true, leave your mark,” and “Jacksonville, Oregon”; merchandise includes t-shirts, mugs, and bags. The store’s tagline also appears on a ceiling ledge inside the store.