The University of Connecticut will replace the UConn Co-op, which has operated the campus bookstore for 40 years, with a bookstore operated by either Follett or Barnes & Noble, the school announced on Friday, March 11. The university is expected to arrive at a final decision between the two finalists at the next Board of Trustees meeting on March 31. 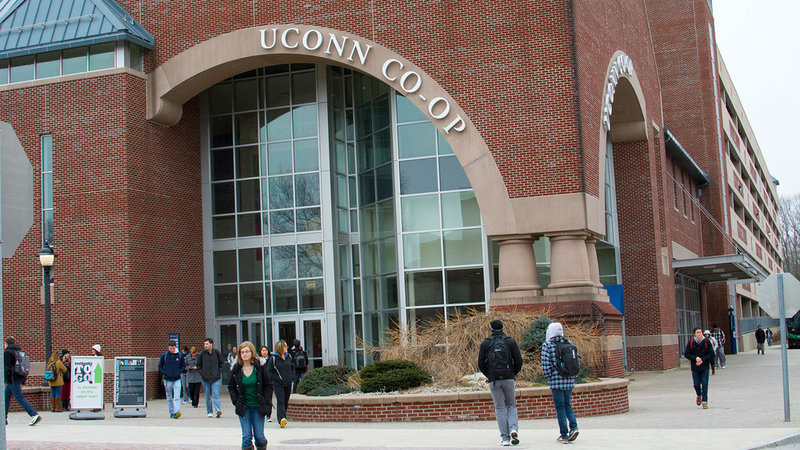 After the administration at the university announced in December that it had put out an RFP (request for proposals) for a new bookstore operator, co-op employees and their supporters rallied to try to save the independent member-owned nonprofit cooperative. The Co-op’s online petition received more than 6,000 signatures; thousands signed a paper petition; and letters of support were sent to the university and the media.

A March 12 story in the Hartford Courant reported that Co-op Board of Directors Chair Timothy Dzurilla received a letter from UConn attorney Patrick Nevins stating that it had rejected the Co-op’s proposal to continue its service to the university. The letter stated that the university had been impressed by the “superior quality of the services” offered by the two for-profit companies. Nevins’ letter, citing budget cuts faced by UConn in recent years, stated that the switch, to go into effect as early as June, will result in millions of dollars in increased revenue to the university each year that will be directed to financial aid and student support.

According to Nevins’ letter, the university had doubts about the co-op’s ability to fulfill the promises of its proposal and its financial stability in the long term. However, Co-op President and Chief Operating Officer Bill Simpson told UConn’s The Daily Campus newspaper that he could explain one of the reasons the university was able to argue that the co-op’s bid was not as financially enumerating as the other bids.

“We didn’t give all of our money to the university. We gave a portion of it to the students,” Simpson said. “We feel that since students pay for the vast majority of what happens at the bookstore that students ought to benefit from it as well, but that’s apparently not the way the university is dealing with it.”

When the university announced its intention to seek proposals to operate the bookstore in December 2015, UConn Co-op put out a written response arguing that the co-op is best suited to meet the needs of students, faculty, and staff and pointing to the variety of services and products the bookstore offers students. The response noted that the co-op is “widely considered a leader in collegiate retailing and is held in high esteem by publishers and colleagues throughout the nation, including members of the National Association of College Stores and members of the American Booksellers Association.”

UConn Co-op has 10 outlets, including stores at all five regional campuses and at the health center and the law school. At present, it has approximately 35,000 members, primarily students, faculty, and staff of the University of Connecticut.

UConn spokeswoman Stephanie Reitz told the Courant in a December 2015 e-mail that the co-op had approached the university in January 2014 to let them know they were having financial problems, and one solution the co-op suggested was for UConn to take over the store. When the bidding process for a new bookstore operator was announced, the co-op was one of the entities to submit an official proposal.

However, although the Co-op had projected a $500,000 to $600,000 loss in January 2014, Simpson said the store was on firm financial ground by December 2015, the Courant reported. According to Simpson, while the Co-op’s financial picture has continued to improve, uncertainty about its future had led to loss of staff and vendors questioning whether it would still be around to pay its bills.