In a May 1 e-mail to bookstore members, the American Booksellers Association announced an extension of the voting deadline for the 2017 Indies Choice Book Awards and the E.B. White Read-Aloud Awards to Sunday, May 7. This deadline was set to allow enough time for the creation of the awards that will be presented to the winners at ABA’s annual Celebration of Bookselling and Author Awards Lunch on Wednesday, May 31, at BookExpo. Booksellers who have not already cast their ballots are encouraged to vote now. All booksellers at ABA member bookstores in good standing are eligible to vote; only one ballot will be accepted per person.

ABA’s e-mail to booksellers also included a letter from author Jacqueline Davies about discussions that have been taking place among both ABA members and authors regarding the nomination of Tikki Tikki Tembo for the Indies Choice Book Awards Children’s Picture Book Hall of Fame. Davies’ letter is presented below with an introduction by ABA Senior Program Officer Joy Dallanegra-Sanger.

Here, too, is a link to blog posting from 2012 by children’s book author and illustrator Grace Lin on rethinking Tikki Tikki Tembo.

Please note that ABA has extended the deadline for voting until May 7 for this year’s Indies Choice Book Awards and E.B. White Read-Aloud Awards, so if you haven't already cast your ballot, there is still time.

As many of you may know, there has been much discussion among members regarding the nomination of Tikki Tikki Tembo to the Indies Choice Book Awards Picture Book Hall of Fame. As background on the Picture Book Hall of Fame, books are added to an ongoing potential list of candidates by a bookseller jury and stay on the consideration list for up to six years. Tikki Tikki Tembo has been on the list of candidates since it was first added by the bookseller jury in 2014, but after voting opened this year, ABA began hearing from a number of booksellers and authors expressing concern over the book’s cultural representations. One of these authors is Jacqueline Davies; ABA asked if she would share her concerns with our members. 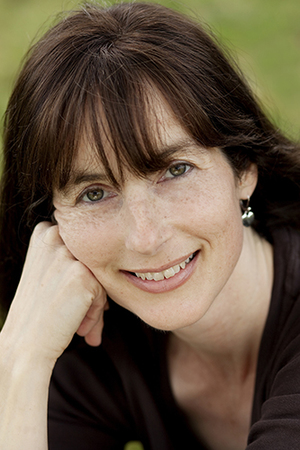 To the Booksellers of ABA:

I appreciate ABA’s invitation to send a letter concerning the nomination of Tikki Tikki Tembo to the Indies Choice Picture Book Hall of Fame. I consider many of you friends and all of you respected colleagues, and I know that the ABA’s members are deeply committed to our shared passion for bringing great books to young readers. It is in this spirit of collaboration and shared interest that I am writing this letter. It’s my hope that I can widen the circle of those involved in an important conversation that is taking place among children’s authors and more recently within ABA. The authors involved in this conversation feel great respect for ABA and its awards process, and I don’t seek to interject myself into that process. I felt, however, that it might be useful to the organization as a whole to extend this conversation to the entire membership, and so I am writing this letter.

Without a doubt, there is much that delights in Tikki Tikki Tembo, and the book possesses the hallmark traits of a read-aloud favorite. However, the racial stereotyping and cultural misrepresentation in the story are problematic and cannot be overlooked. Specific concerns are:

1) The story is presented as an old Chinese folktale, but, in fact, there is no authentic Chinese source for this story. It seems most likely to be drawn from a Japanese folktale, thus offering the message that Asian cultures are interchangeable and there’s no need to differentiate between Chinese and Japanese cultures. (The illustrations, too, contain a troubling mix, including kimonos and traditional Japanese footwear.)

2) The sounds/words in Tikki Tikki Tembo’s name are not Chinese. They are nonsense sounds and as such support the prevalent and persistent racial stereotype that the Chinese language is made up of a series of comical and nonsensical sounds. The Multiculturalist (Fall 2009, Volume 3, Issue 1, publication of Northern Illinois University) pointed out that “the message [in Tikki Tikki Tembo] about Chinese names is less than flattering.”

3) The name “Chang,” which is authentically Chinese, is said to mean “little” or “nothing” in the book, but this is an incorrect translation.

4) There are many authentic Chinese traditions about the naming of children, but there is no Chinese tradition of giving first-born children exceptionally long names. The central and most memorable element in the story misrepresents Chinese culture.

These issues have been discussed in various forums over the years:

More recently, Elizabeth Bluemle posted a thoughtful and perceptive piece on the ABC listserv (April 27, 2017) discussing the book in light of these issues. All of these discussions provide useful perspectives on the book specifically, as well as the broader issue of cultural representation.

Thank you for reading this e-mail. I consider it an honor and a privilege to address the membership of ABA. In closing, I’d like to take this opportunity to thank all of you for the ongoing work you do to thrill, delight, educate, and enchant young readers.

Jacqueline Davies
Author, The Lemonade War series and many others