Twenty years ago, Kathryn Grantham was a recent college graduate with a dream for a feminist bookstore, which came to life with the opening of New York City’s iconic Bluestockings in 1999. 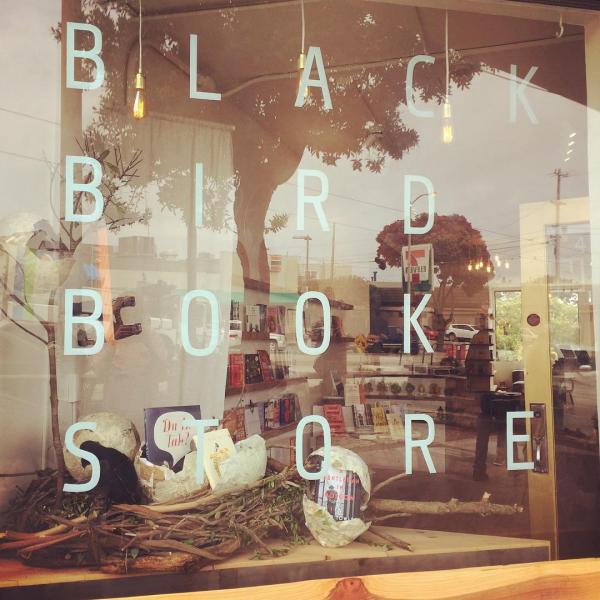 Today, a wife and mother of three with a Harvard MBA, Grantham is again rethinking the bookstore paradigm with a shop that carries just 1,000 titles.

Black Bird offers an intensely curated selection of titles displayed in an equally cultivated environment of reclaimed oak and cypress woods, artisan craftsmanship, and the bright open space of an art gallery — albeit one with a treehouse. 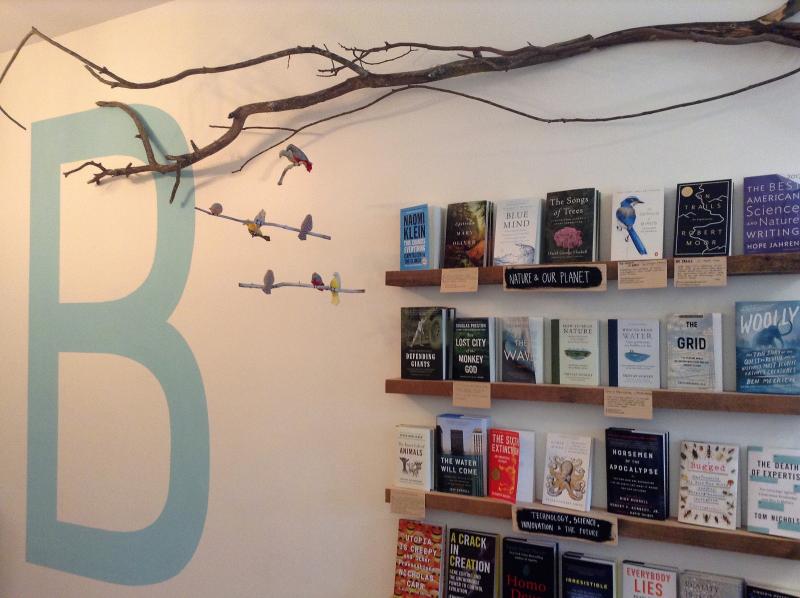 All the titles at Black Bird are displayed facing out.

“For our first month, people would say, ‘Are you guys going to get more books in here?’ But now we’ve sort of hit a certain number of books where people don’t ask that anymore,” Grantham told Bookselling This Week. “They walk in and immediately get the concept. Every single day, people walk in and say, ‘Wow, this space is so peaceful.’”

Each book’s cover is on display on four-inch-deep shelves custom-built by local carpenters. “I said I want every book facing out. I think that’s how we sell books,” Grantham said.

She carries just two or three copies of a title, knowing that rapid deliveries make restocking easy. The titles themselves are frequently swapped.

“We have to sell books, so I don’t have books that sit on my shelf longer than a month,” Grantham said. “If a book has been there for over 30 days, I will often pull it because we don’t have room for that. That’s my job as the curator to find books that speak to our customers.” 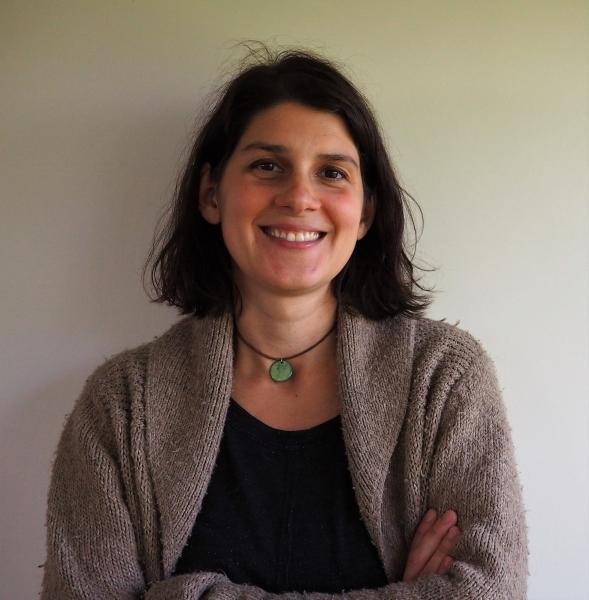 There are popular titles that remain on display for some time, including The Girls by Emma Cline (Random House), a 2016 novel about the fate of women in a Manson-like cult. “We’ve had that in the store since the beginning,” she said. “We sell three or four copies a week.”

While blockbuster titles such as Lincoln in the Bardo by George Saunders (Random House) have likewise stayed around, Grantham tries to foster a spirit of discovery.

“When the person walks through the door, they are being introduced to new and different,” she said. “That’s why people go out and seek stores. If you’re at home and you want a copy of Alice in Wonderland, you’re just going to buy it on the Internet. I really believe that. What they come to a bookstore for is the social experience, for ideas, and to feel they are in a different space.”

Grantham credits parenthood for germinating the idea for Black Bird. “I wasn’t planning to ever do another store again, not that I was opposed to it,” she said. “But in the past five or so years, I’ve fallen in love with children’s literature in this really deep and heartfelt way. I find myself bringing my children to bookstores and buying books. Books became a center point of my parenting philosophy and way of life.” 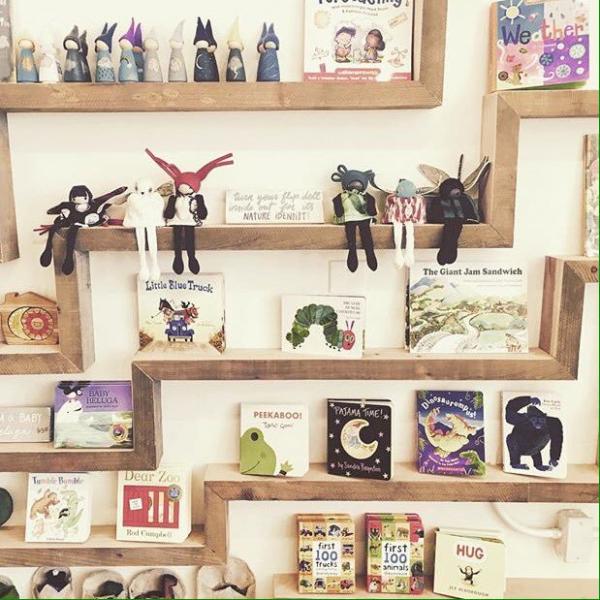 Kathryn Grantham fell in love with children's books when she became a parent.

As a keen observer of the changing book business in the years since she left Bluestockings in 2003 to first attend Harvard, then work in business before becoming a stay-at-home parent, Grantham gravitated to children’s bookselling for its endurance.

Watching the industry move toward e-books, she decided that if she were to go back into bookselling, it would be with children’s books, which are “still sold the old-fashioned way, and always will be,” Grantham said. “There’s something about holding a children’s book in your hand, and the combination of the writing with the artwork just can’t be replicated in an electronic format. The experience of a child chewing on a book when they are six months old and being able to read the same book when they are five is really a powerful experience.”

Grantham’s plans accelerated and shifted when an ideal space opened up beside a coffee shop just a block and a half from her home.

“I decided it was going to be half children’s, half adult because, being the only bookstore in the neighborhood, I felt a responsibility... We do such significant sales in adult books,” she said.

Selecting books for grown-ups has been just as much fun as for the kids. “The number of different voices is really astounding — people of color, women, different ages, different experiences, different cultures that are being published by the major publishers now,” Grantham said. “That is really different than even just 20 years ago. It’s really exciting to me to be a bookseller at this point in time.”

Just as she felt part of the public discourse of New York in the tumultuous time after 9/11 during her term at Bluestockings, Grantham said she enjoys choosing works that will interest, inspire, and provoke her customers today. “It feels just as important now,” she said. “It’s just thrilling to be selecting books and thinking about what their place is right now in our conversations.”

While leading Bluestockings, Grantham hosted more than 300 events a year, a strategy she is not planning to replicate partly because there are already so many author appearances at the city’s larger bookstores and partly because of the sleepy nature of the neighborhood. 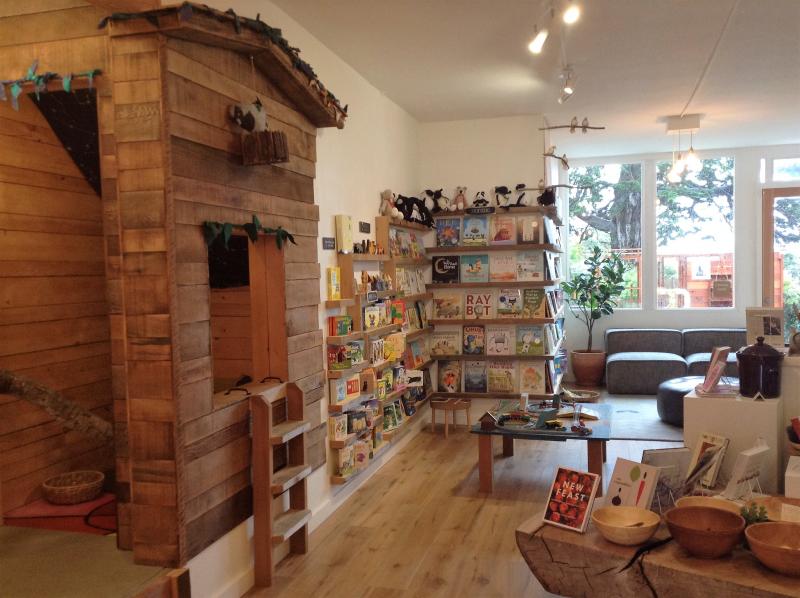 Black Bird has a minimalist vibe.

The size of the store, just 900 square feet, also limits the options. “We’ve had different authors walk in and say, ‘I’d love to do a reading here,’” Grantham said. “But they are just too popular; we wouldn’t be able to fit everyone in. We’d have to go offsite or go read at the beach or something.”

She is planning a few small events and has invited two authors who write about the ocean. “We’re a big surfing neighborhood, so we’ll attract people for those types of topics,” she said.

The surfing was what drew Grantham’s husband, Oliver, to the neighborhood, which is full of families who come to the Saturday morning story hour and stay to play on a natural wood train table and climb the shop’s iconic treehouse. 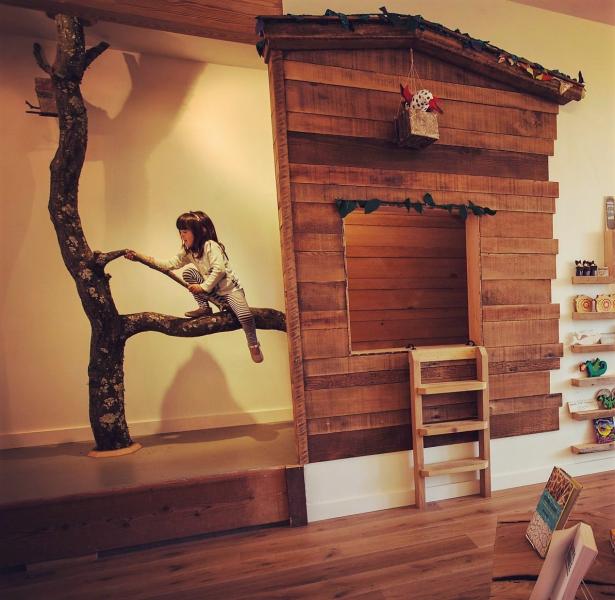 The treehouse at Black Bird features a real tree.

The treehouse is crafted from an actual specimen. “We found someone who was cutting down these young oak trees, so we took one and put it in the store and bolted it in every direction so it doesn’t go anywhere,” Grantham said. “I really wanted a play area for children. I have three children of my own under seven and they need a place to go while I’m working.”

Her children helped name the store. “San Francisco has these huge, black ravens,” Grantham said. “They are almost like Edgar Allan Poe ravens. And my children are just constantly in awe of them because they are half the size of my two-year-old.”

The name Black Bird Bookstore popped into her head and stuck both for its alliteration and its ties to the locality. “People know the black birds of San Francisco,” she said. “They are kind of a thing here.”