Island Books & Crafts in Sault Sainte Marie, Michigan, which joined the American Booksellers Association earlier this year, is the second bookstore to be featured in Bookselling This Week’s new occasional series “Welcome to ABA!” 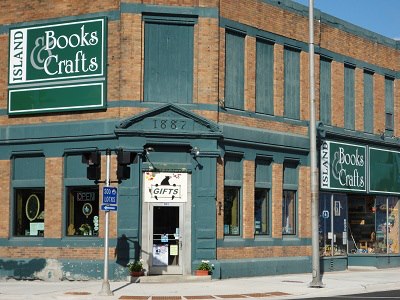 Owned by husband-and-wife team Les Townsend and Kelli Jarvi-Townsend, the independent bookstore and craft emporium sells new and used books and a variety of crafts made by more than 170 local artisans. The store is located in the city’s downtown district in the historic Sault Savings Bank building, built in 1887. The building, which the couple bought in 2010, features two 5,000-square-foot floors and a full basement that is home to Townsend’s woodworking shop.

The area dedicated to the store is about 3,000 to 3,500 square feet, according to Townsend. “Right now, about half of that is books and it’s growing. I’m building bookshelves all the time because people keep bringing books in,” said Townsend. Currently, Island Books & Crafts is the only bookstore in the city that sells used books in addition to new books; Book World, part of an independent regional chain, and a Barnes & Noble on the local college campus both sell exclusively new books.

Since opening in December 2010, the couple’s bookselling business has grown from 1,500 books to a collection of 10,000 unique titles, including a separate section of titles by Michigan authors such as Steve Hamilton and Joseph Heywood, and books on the history and culture of Michigan’s Upper Peninsula. Now, more than six years later, the store has joined ABA as the book side of the business continues to pick up, said Townsend. The crafts are great to draw people in to the store, he said, but it is the books that make up the majority of sales.

“Now the books are around 60 to 65 percent of our sales — our profit, too,” Townsend said. “This has not always been the case, but the book business is getting better every year because we have a better selection all the time.”

When it comes to crafts, said Townsend, “we’ve got everything in here,” from wooden furniture, such as bookshelves, gun cabinets, and coffee tables, to crocheted, knit, or sewn items, like clothing, afghans, and quilts. Other items for sale include artisan-made jewelry, toys, drawings, photographs, paintings, pottery, mirrors, picture frames, candles, metalwork, and greeting cards. 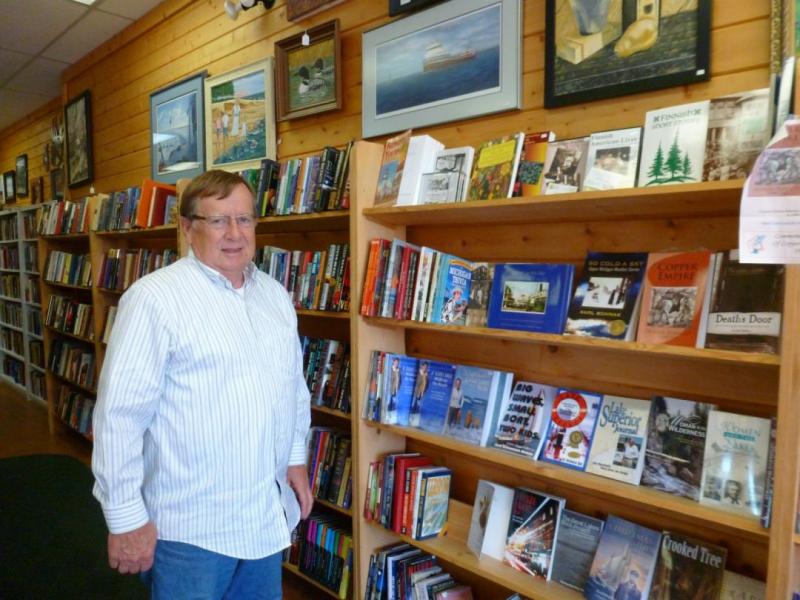 “About 95 percent of the crafts in the store are made by local craftsmen, who bring it in here on consignment,” said Townsend. “We split the profit 70/30, and that’s pretty fair for everybody. A lot of consignment places go 60/40, but we decided that if we are going to do better on books we should prove that.”

Townsend, who previously worked for more than 40 years in data processing, and Jarvi-Townsend, whose primary job is in healthcare, are the store’s sole staff, although they plan to hire a part-time worker in the near future. Regarding what else the future holds for Island Books & Crafts, Townsend said he hopes to expand the store’s offerings when it comes to literary activities and events.

“I’m sure we’ll be having more author and literary events going forward. We’ve had a lot of authors that send us e-mails asking to do book signings with us,” said Townsend. “We try to accommodate everybody who wants to do an event, but we don’t get the big-name authors that we probably could get if we were a little more active on our social media.” 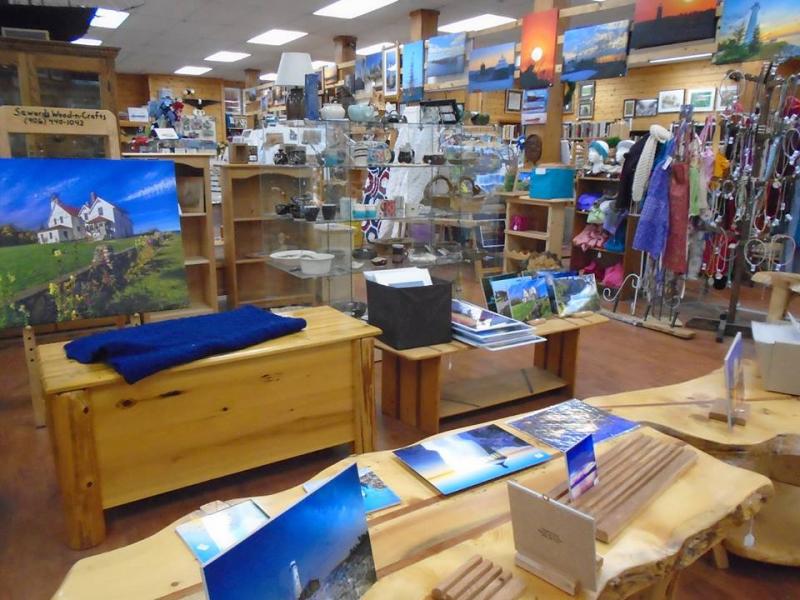 Island Books & Crafts sells a variety of crafts made by more than 170 local artisans.

In the days ahead, Townsend said he is also excited to take part in one of the island’s biggest annual tourism draws: Soo Locks Engineers Weekend, which brings up to 12,000 tourists to the city for one weekend every summer when the Soo Locks open and visitors get the chance to tour the island’s 100-year-old power plant. This year, the store, which is one block from the locks, is inviting a dozen Michigan authors to come in to do a book signing, said Townsend.

“It’s a big day for us; we look forward to it every year,” said Townsend. “That’s why we’re having the authors right out here on the street signing books, because everybody has to walk by our store to get to where they’re going.”

Townsend and Jarvi-Townsend are also currently renovating the second floor of their building and plan to earn some extra money by renting out office space there. Hopefully, said Townsend, this extra income will go toward guaranteeing that Island Books & Crafts sticks around for many years to come.