Laura Lowry opened Mind Chimes Bookshop in Three Lakes, Wisconsin, in mid-October of this year. She told Bookselling This Week that there isn’t a story behind the name Mind Chimes, so much as there is a goal. 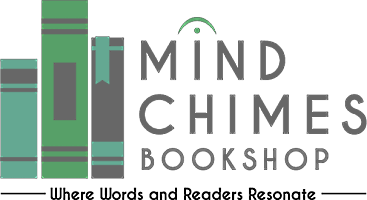 “What it represents to me is the experience of being inspired while reading,” she said. “The sort of sudden inspiration you get while reading — that has always been important to me as a reader.”

Lowry noted that she came up with the name early in the process of planning the bookshop.

“I wanted an unexpected name that was appealing superficially, and offered some depth to explore,” she said, noting that the sudden inspiration she gets while reading is why she has been returning to books throughout her lifetime.

This past month has been a whirlwind of activity for the bookseller, who held a grand opening celebration soon after first opening the store’s doors. This was paired with a visit from local author Josephine Cameron for her debut book Maybe a Mermaid (FSG Books for Young Readers), and featured a reading, book signing, and children’s activities such as comic-making and a scavenger hunt.

Mind Chimes, Lowry said, is a general interest bookstore that represents all genres, and has about 1,200 square feet of retail space. She added that despite being a lifelong reader, she doesn’t have any experience in the book industry.

“My background is in medicine,” she said, noting that she previously worked as a pediatrician. “But I’ve always had a passion for books and opened the store because there had not been a bookstore in our community for a couple of years. I wanted to make a contribution.”

Her work as a pediatrician, she added, helped her in creating a playful children’s space in-store.

“I created a room for children to enter through an armoire and find themselves surrounded by new and classic kids’ books,” she said. “The adults who accompany them have enjoyed that room as well.”

Additionally, Mind Chimes has a strong selection of health books for all ages, which are, she said, focused on quality content rather than fad topics.

The local community's response to the store has been positive, added Lowry.

“People enjoy the opportunity to pick up a book, or to browse before they buy,” she said. “People in our community, which is small and has fewer businesses, enjoy simply having a destination to go to, but that might not be something people from a larger community would understand.”

In the new year, Lowry said that she’s planning to host book clubs for her community, including one focused on health topics, as well as more author events.

“I’ve had a lot of feedback from customers so far saying that they would love to come in and meet an author and have a book signed,” she said.

But overall, Lowry is most looking forward to solidifying Mind Chimes’ place in the community.

“I look forward to really being a destination in the Northwoods, which is how we refer to our northern communities in Wisconsin,” she said. “I want the store to be a place where people know they can come to relax and be inspired.”