Today, Bookselling This Week kicks off “What’s in a Name?” an occasional series highlighting some of the bookselling world’s most unusual, original, and coolest store names. In this first installment, Candice Huber, the owner of Tubby & Coo’s Mid-City Book Shop in New Orleans, Louisiana, explains how the store’s unusual name came to be.

Tubby & Coo’s is derived from her grandparents’ childhood nicknames, said Huber, and is located in Mid-City, the New Orleans neighborhood where they grew up across the street from each other.

“Tubby is my grandfather and Coo was my grandmother,” Huber said. “Tubby and Coo were what friends in their neighborhood called them when they were growing up. My grandpa was a little stocky, tubby kid, so everyone called him Tubby, and Coo is from when my grandmother was a baby. Everybody would coo at her — back in the day you would literally coo at babies. So the name Coo stuck with her pretty much her whole life.” 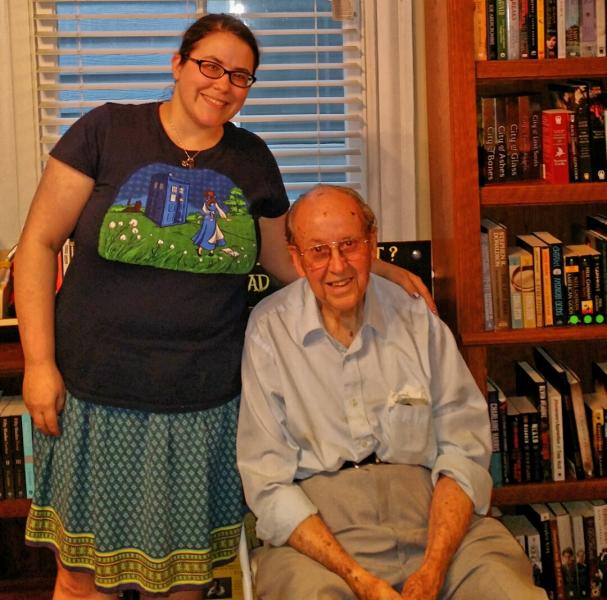 Huber said her grandparents, whose real names are Warren and Alvine Johnson, started dating when they were very young, and they stayed together their entire lives. Tubby was there when Coo was first born, and he was there when she died.

“You don’t see stuff like that anymore,” Huber said.

Huber said the process of acquiring her store’s location was “serendipitous.” Although she initially couldn’t find a spot in the Mid-City neighborhood, Huber eventually heard about her current location through the grapevine. The unlisted property turned out to be two blocks from where her grandparents grew up. 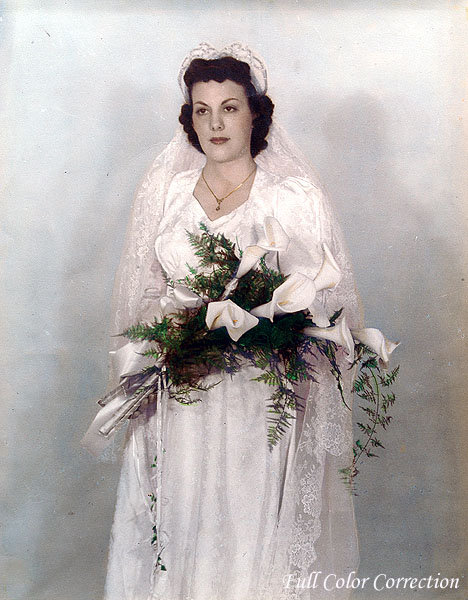 Coo as a young bride.

“Opening a bookstore has been a lifelong dream of mine,” said Huber. “I always said when I grew up that I would open a bookstore in my grandparents’ old neighborhood and name it after them.”

Huber said her grandfather, now 95, loves to visit the store, although he doesn’t make it in as much as he used to.

“He is very proud of it,” said Huber. “He will sit in the corner and tell everyone he is the Tubby.”

Huber’s grandmother passed away in 2003, but her struggle with macular degeneration has inspired the store’s partnership with Reading Radio for the Blind and Print-Impaired. Tubby & Coo’s collaborates with WRBH reading radio to produce Novel Ideas, a weekly podcast about news and events in the book world. Huber is also a frequent volunteer for the organization. 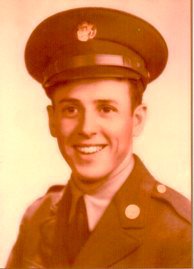 Tubby as a young man in his military uniform.

Since the founding of Tubby & Coo’s in 2014, the store has garnered recognition and honors from others in the bookselling world. In March, Tubby & Coo’s Mid-City Book Shop was announced as a nominee for the 2016 WNBA Pannell Award in the general bookstore category for its efforts to foster a love of reading among its young patrons (the winner will be announced in April). The store also recently served as the official bookseller for the Saints & Sinners LGBT Literary Conference.

Now in its second year in business, the unusual name Tubby & Coo’s continues to intrigue customers.

“I’m pretty proud of the name,” said Huber. “I think it’s pretty unique. I get asked about it all the time. People ask, is it your pets? Is it you? So it’s definitely a conversation starter.”