Whitelam Books won’t open until early November, but the town of Reading, Massachusetts, has already embraced the indie bookstore as its own.

“I can’t walk down the street or go into a store in town without someone telling me, ‘I am so excited.’ The level of enthusiasm and support and love around this project is so exciting and helpful,” said owner Liz Hopper Whitelam.

She’s received dozens of comments and hundreds of “likes” on the store’s Facebook page since she began posting in June. “It’s a refrain we’ve heard for years and years: this town needs a bookstore,” Whitelam said.

Because Reading is just 11 miles north of Boston, Whitelam said she’s hopeful that the bookstore can be a regular stop for authors as they tour.

While the main inventory will be new, general-interest books with a focus on literary fiction, Whitelam said the demographics of the town will influence the product mix. “We will have a very robust children’s section because the town demands it, and I’m happy to supply it,” Whitelam said. “I love children’s books.” 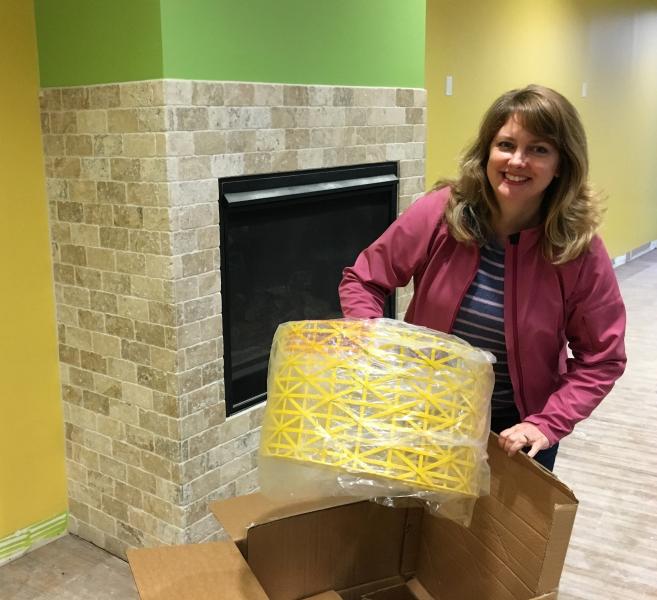 Liz Hopper Whitelam opens a box with a lampshade as she oversees renovation of her space in downtown Reading.

About 500 people responded to a survey she posted on a local Facebook parents group, giving her insight into what her customers want. “There was a strong interest in biography, which I hadn’t anticipated,” she said.

She also learned that since the town does not have a toy store, parents are asking her to sell a broad selection of toys and games. There was also demand for thrillers, mysteries, and books with LGBT themes.

On July 3, Whitelam signed a lease on a 1,600-square-foot space next to a bakery/café. “The spot is right on Main Street, in the little section of town where people park and walk around,” Whitelam said. “I am specifically and strategically food adjacent.”

While the rent was more than she hoped to pay, Whitelam said the location is worth it. “As I was looking for real estate options for this store, they were few and far between and expensive,” she said. “My husband asked if I would consider opening in another town where the rent is cheaper, but I really wanted to do it for our community.” 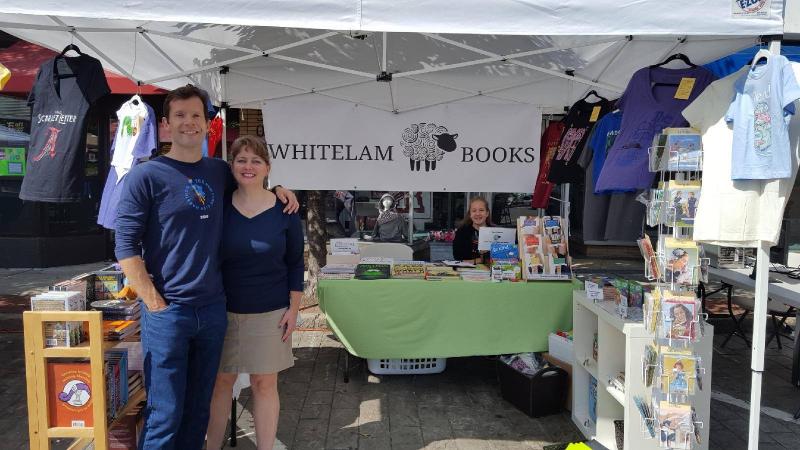 Paul and Liz Hopper Whitelam created a pop up bookstore for the Fall Street Faire in Reading.

Lisa Egan, executive director of the Reading-North Reading Chamber of Commerce, said she envisions Whitelam Books becoming an “anchor” in the downtown area that will entice residents to shop locally first. “I’m thrilled for Liz because there is a lot of positive anticipation,” Egan said. “I think the bookstore can be a community hub.”

Whitelam and her husband, Paul, have lived in Reading for 15 years. They have an eighth-grade daughter named Lucy who got a taste of bookselling last month when Whitelam created a pop-up bookstore for Reading’s Fall Street Faire. “She is beyond excited. She and all her friends are crazy with anticipation,” Whitelam said.

Though Whitelam toyed with some pun-inspired names for the store — Booksachusetts was a favorite — she opted to go with the family name. “We are pretty well-known in the town, and we wanted to let people know this is a family-owned business,” she said.

She explains the pronunciation with the phrase: “Not a black sheep, but a white lamb.”

The store logo was inspired by the Whitelam family name.

That became the inspiration for the block-print-styled logo. “It’s a friendly icon, but wasn’t too juvenile. I didn’t want people to think this was just a children’s bookstore,” she said. “In terms of the vibe, I am really hoping this will be a community gathering place where people will meet their friends or get a cup of coffee from next door and sit down.”

Whitelam left a career in marketing in May to follow her dream to work with books. “It’s been a lifetime love of libraries and reading and bookstores. I’ve gotten to an age in my life when I wanted to make that more central to what I’m doing,” she said. “A year ago, I turned to my husband and said, ‘I’m at a point where I want to either open a bookstore or go to library school.’”

She started with online training through Paz & Associates, and then went to a week-long boot camp in March run by the bookstore training consultants. “Getting in a room with 20 other people who are also thinking about opening a bookstore, I thought, ‘I found my people,’” she said.

Whitelam said she appreciated the “reality-based perspective” of the training. “Because of my long career in marketing and consulting, a lot of what I’ve done is very data-driven, very financially oriented,” she said. “That was a helpful part of the Paz training and associated materials. There were data points to help make a business plan, such as what it actually costs to buy shelving for a certain size space and things like that.”

Whitelam worked with a local architect and a bookstore designer in Florida whom she met through Paz & Associates to create her ideal store. 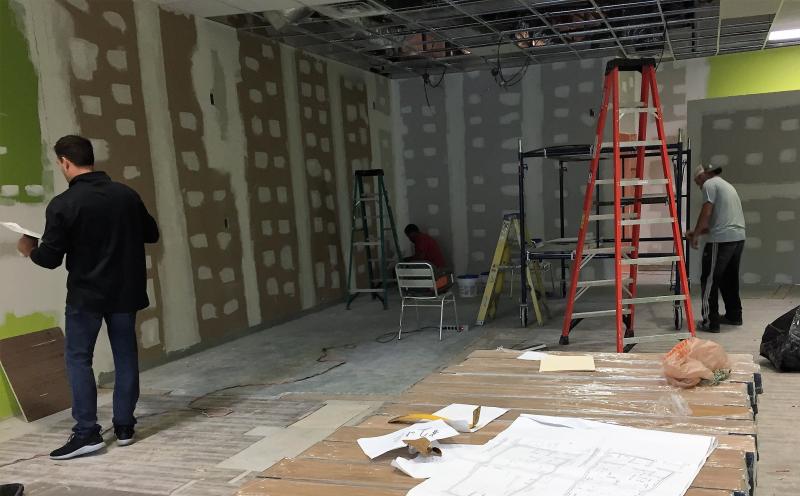 The single-story building constructed in 1893 was extensively renovated five years ago, but Whitelam’s space needed a lot of work to remove all traces of the frozen yogurt shop that was there before. “There was much plumbing to be removed. There is an inordinate amount of plumbing in the frozen yogurt business,” she said.

In the meantime, Whitelam busied herself with setting up accounts with wholesalers and publishers and reaching out to more experienced booksellers. She also attended two New England Independent Booksellers Association events.

“I’ve been taking field trips to other stores in New England. Booksellers are so generous with their knowledge and willing to spend time,” she said. “This is further affirmation that they are my people and this is my community.”