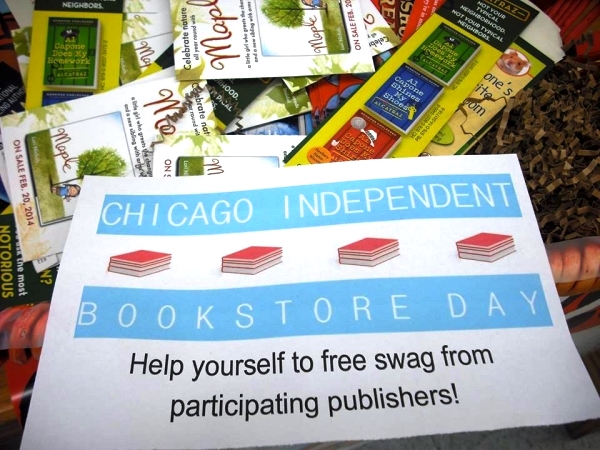 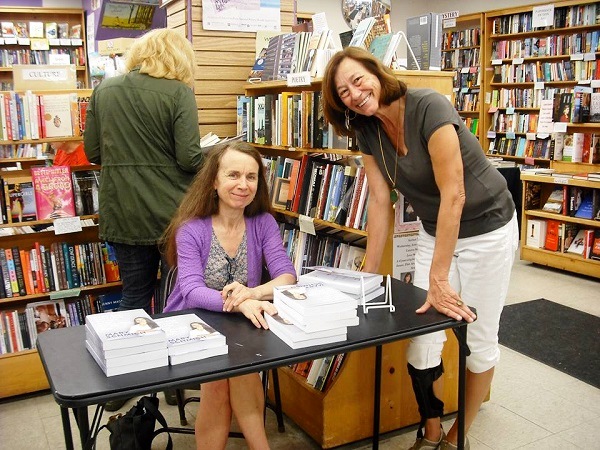 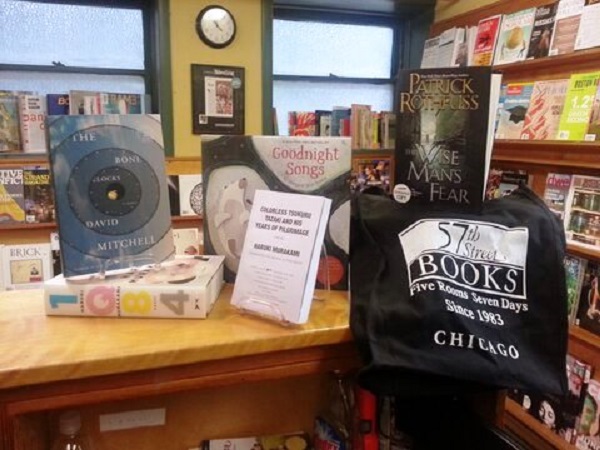 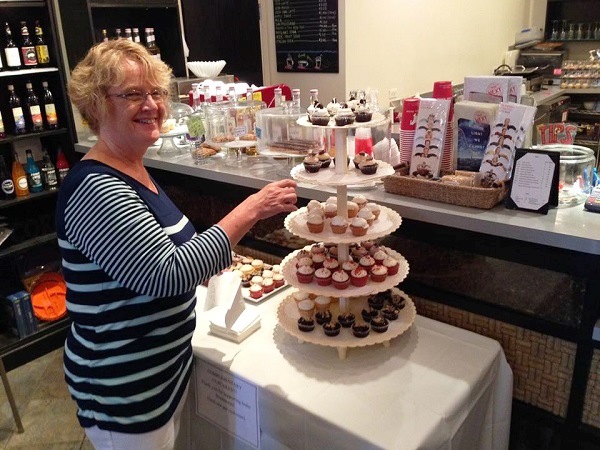 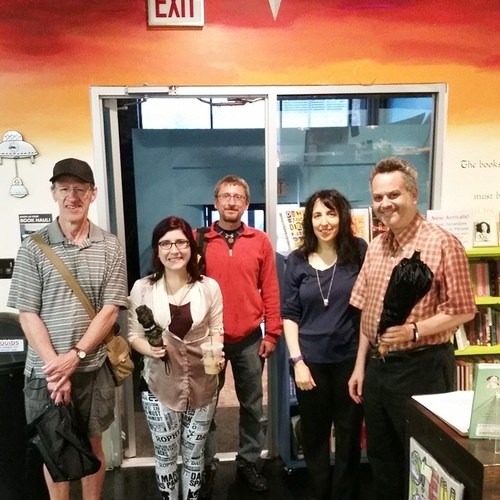 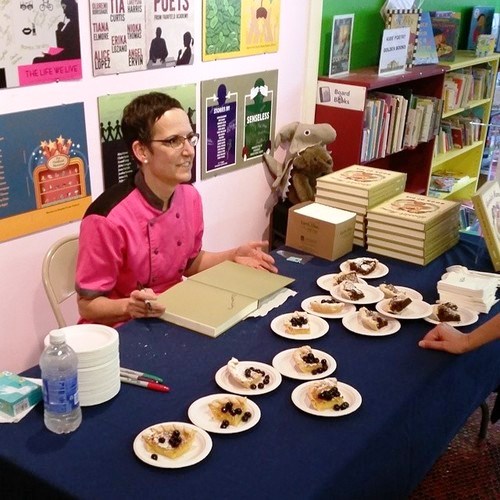 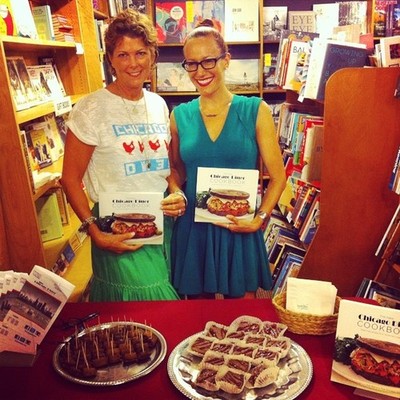 Across the Windy City, bookstores like Powell’s Bookstores Chicago, Sandmeyer’s Bookstore, and Seminary Co-op Bookstore celebrated the day with book giveaways, raffles, tasty treats, and discounts, which drew plenty of excited readers despite the morning starting out with torrential downpours.

City Lit Books welcomed Martha Bayne, author of the Soup and Bread Cookbook (Agate Surrey), who gave out samples of gazpacho, and Women & Children First hosted advice columnist Mary Schmich, who read from her new book Even the Terrible Things Seem Beautiful to Me Now (Agate Midway). 57th Street Books raffled off a copy of the upcoming The Bone Clocks by David Mitchell (Random House) as well as a signed copy of Haruki Murakami’s 1Q84 (Knopf).

Customers were encouraged to visit all nine bookstores in order to collect packs of puzzle pieces that, when assembled, created a specially made Lilli Carré poster. With a maximum of 180 posters to be claimed, customers have until August 3 to collect their remaining pieces.

The Book Cellar is continuing to hand out packs of puzzle pieces as customers eagerly complete their posters. Sales at the store were double what a normal Saturday in July would bring, and owner Suzy Takacs emphasized the excitement it brought to area stores. “It was a good time for all the stores to have a nice, busy day,” she said.

Customers were treated to raffles and cupcakes, more than 150 of which disappeared in just a few hours, and discounts on the bestselling titles from each year the store has been open. At the checkout, a bucket of discount slips let customers randomly choose 10, 20, and 30 percent discounts off their items.

“It was really fun to work with other stores on a mutual project,” which doesn’t happen very often, said Takacs. “We did this project together so now everyone has a renewed bond. It was good for the cohesiveness of the stores, it was good for business, and the customers loved it.”

A group of excited customers lined up outside the door at Open Books Ltd. before the store even opened and waited patiently in the rain for their free bag of books, said assistant manager Lizzy Boden. At the end of the day, Open Books saw sales soar 350 percent over a similar Saturday in 2013.

“It was really wonderful,” said Boden. “We knew it was going to be wonderful but we were actually a bit surprised about how well it went. The store was really well-attended all day.”

To draw in customers, Open Books offered the chance to meet author Paula Haney, who wrote The Hoosier Mama Book of Pie (Agate Midway) and founded the Hoosier Mama Pie Company. Haney signed copies of the cookbook and gave out pie samples.

Customers were incredibly enthusiastic about the celebration, said Boden. “People were really excited to visit stores they hadn’t been to before." Following the event, she said that she heard many great comments about how warmly customers were received at other stores and about how busy the stores remained throughout the day.

Chicago Independent Bookstore Day was “a huge success” at Unabridged Bookstore, said Stefan Moorehead, who corralled other area bookstores to participate in the event. “We did at least double the normal sales that we usually do.” The best day of the year in the store is usually the Saturday before Christmas, said Moorehead, and this past Saturday stacked up almost as high.

Customers were welcomed at Unabridged throughout the day and treated to samples from The New Chicago Diner Cookbook (Agate Midway), whose authors, Kat Barry and Jo Kaucher, were on hand to discuss the vegetarian recipes and mingle with readers. “The customers seemed to really like it — it was great,” said Morehead. “And it was great to offer a snack around lunchtime.” The store also offered a 10 percent discount storewide.

As for 2015, Moorehead said that the stores will conduct a postmortem in a few weeks to determine just how to plan for next year’s Chicago Independent Bookstore Day, but confirmed that there will indeed be one.