Winter Institute 11: A Record-Breaking Number of Booksellers, a Salute to Joyce Meskis, a Powerful New Shop Local Study, and So Much More 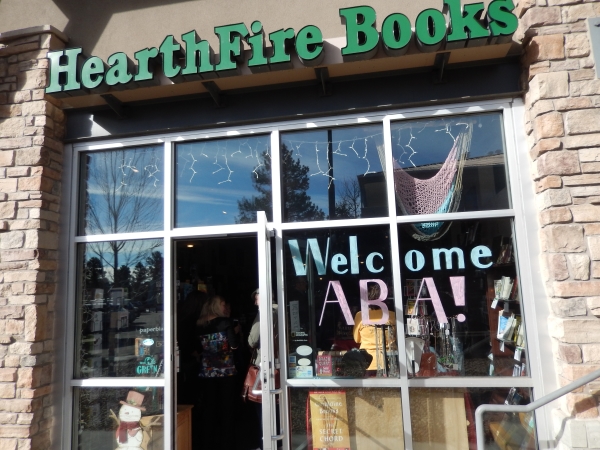 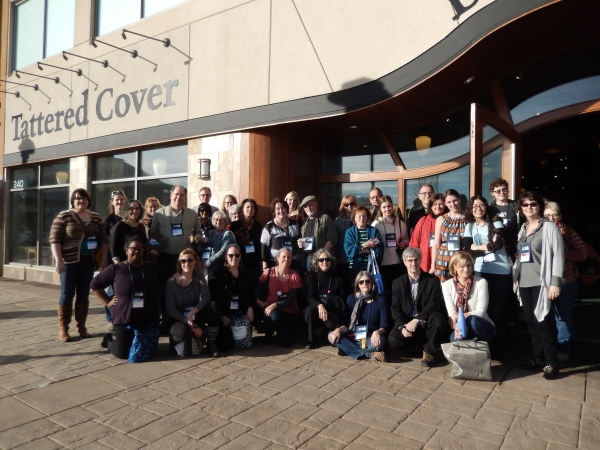 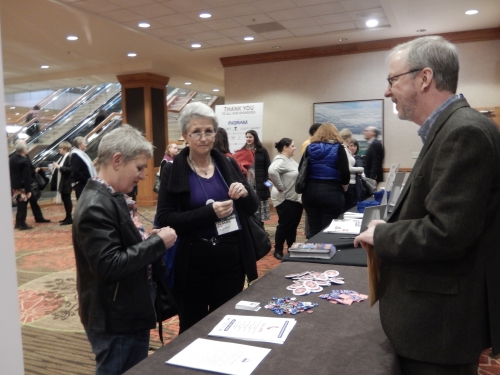 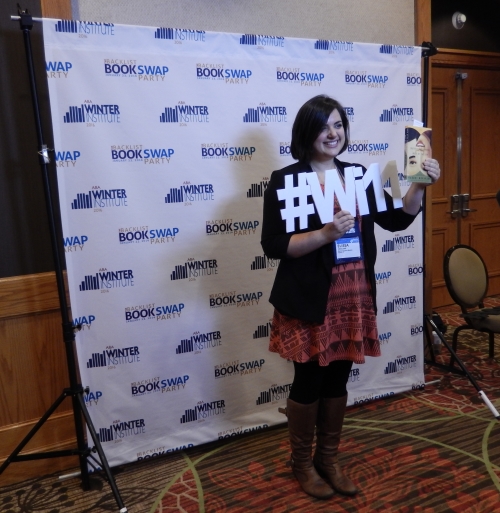 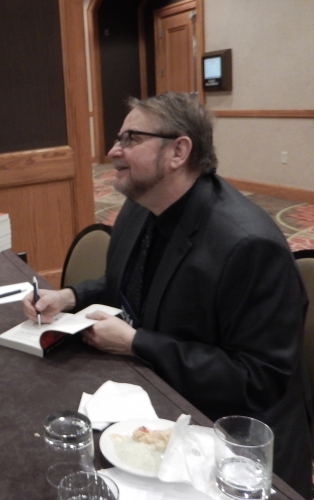 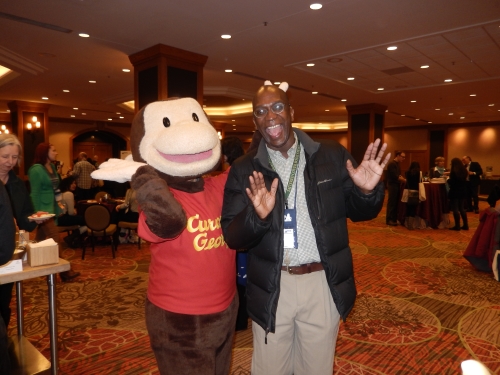 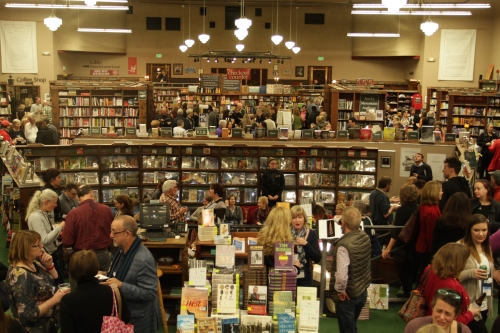 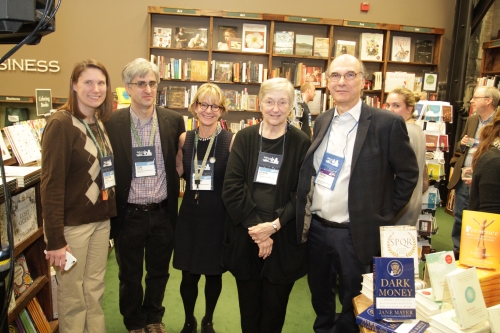 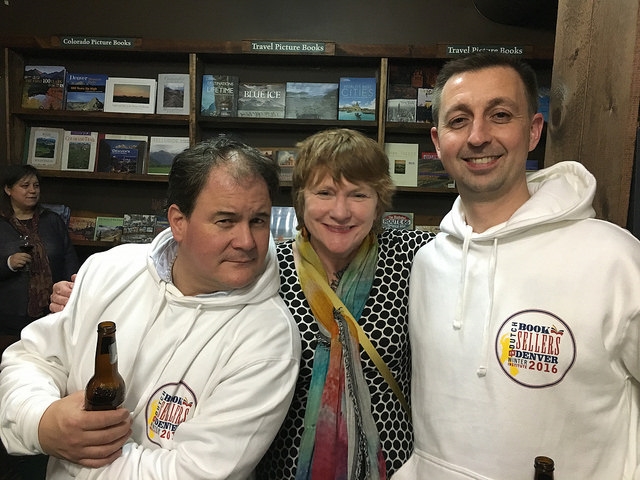 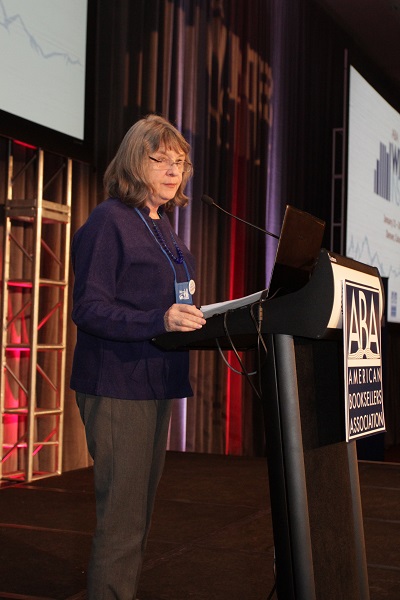 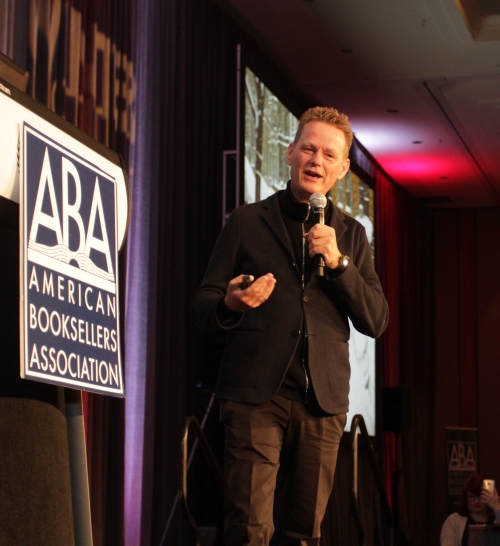 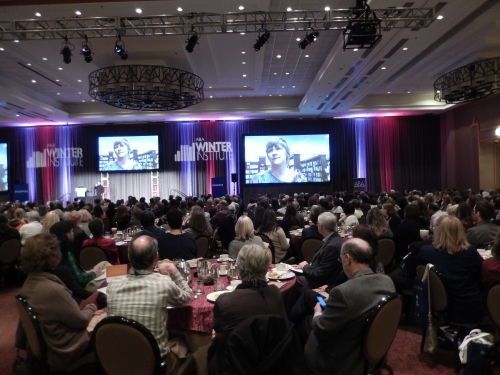 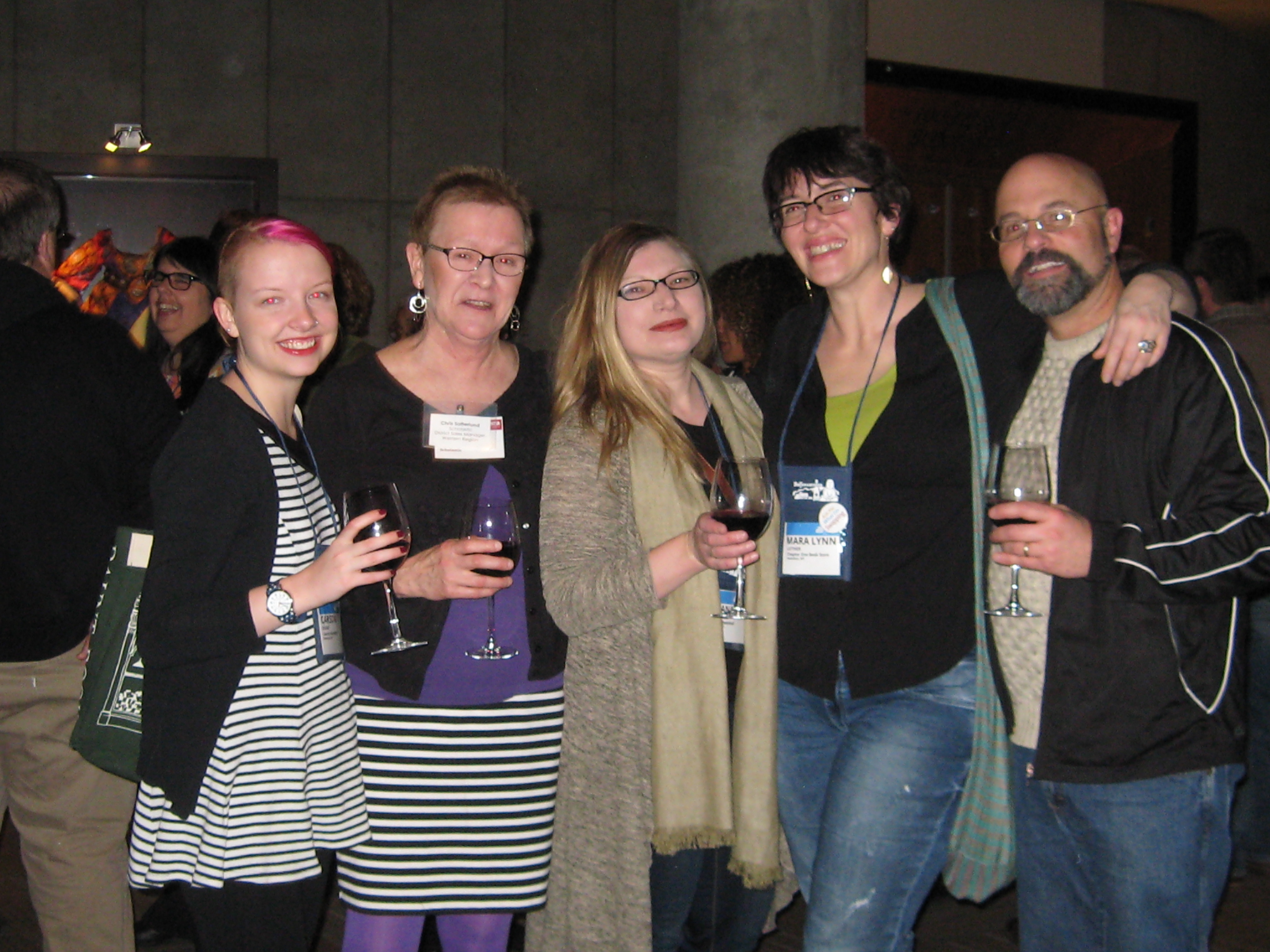 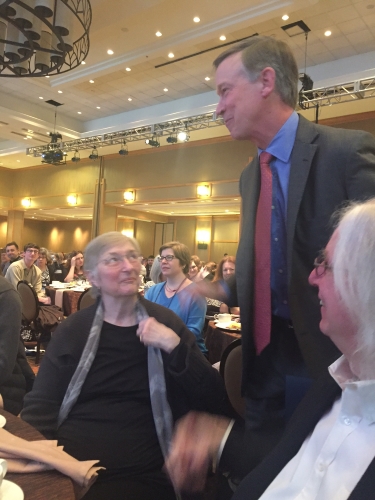 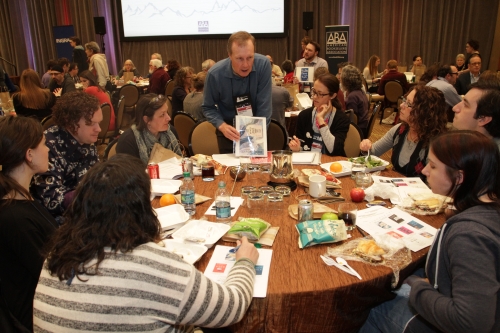 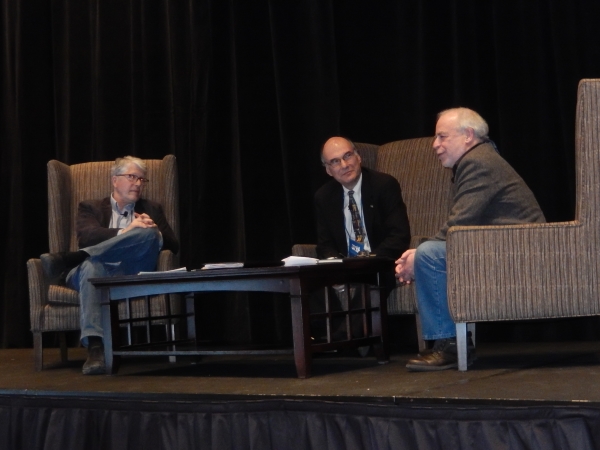 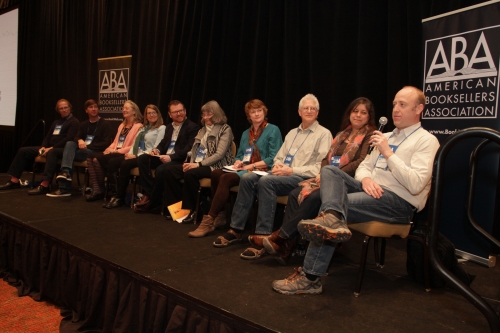 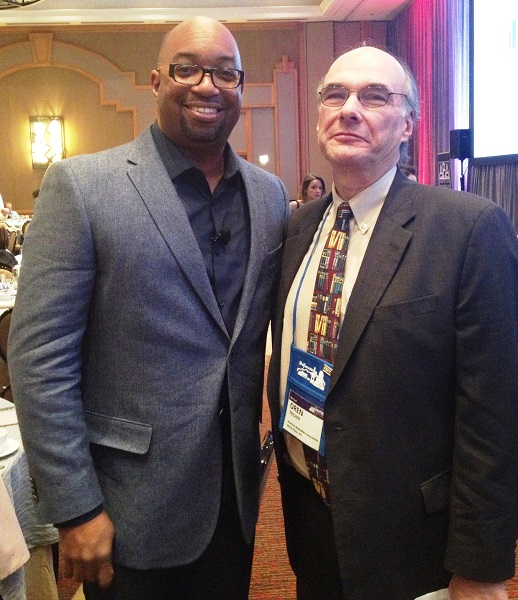 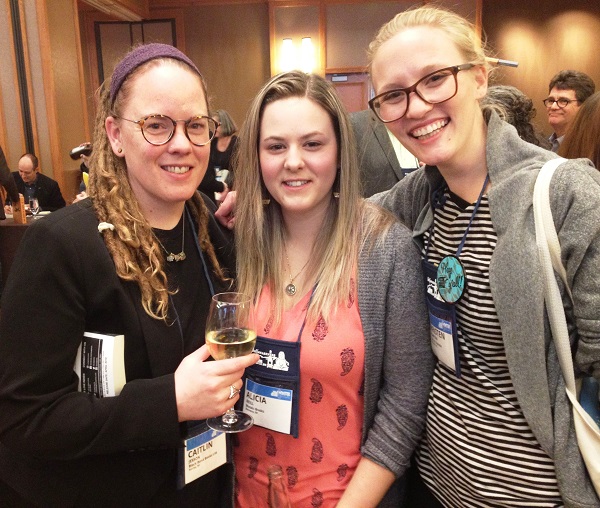 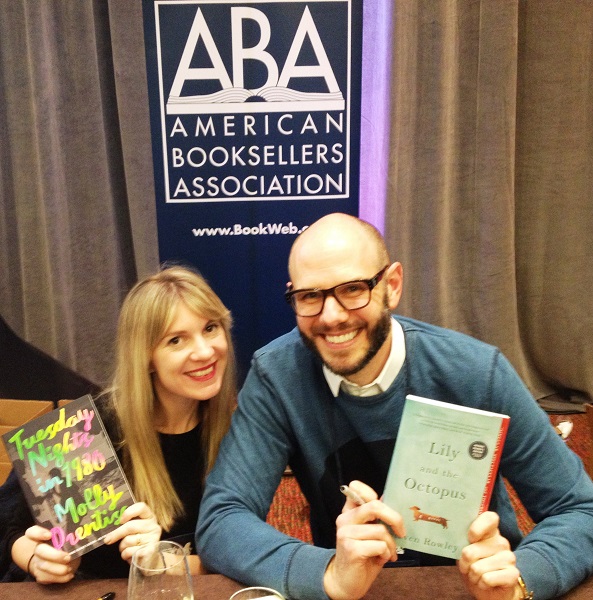 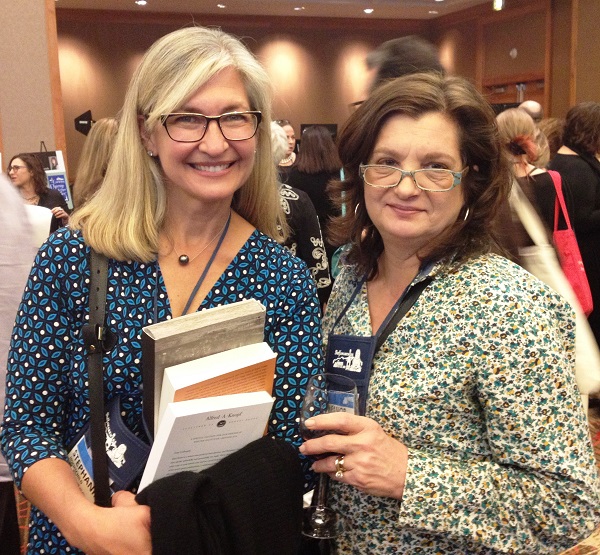 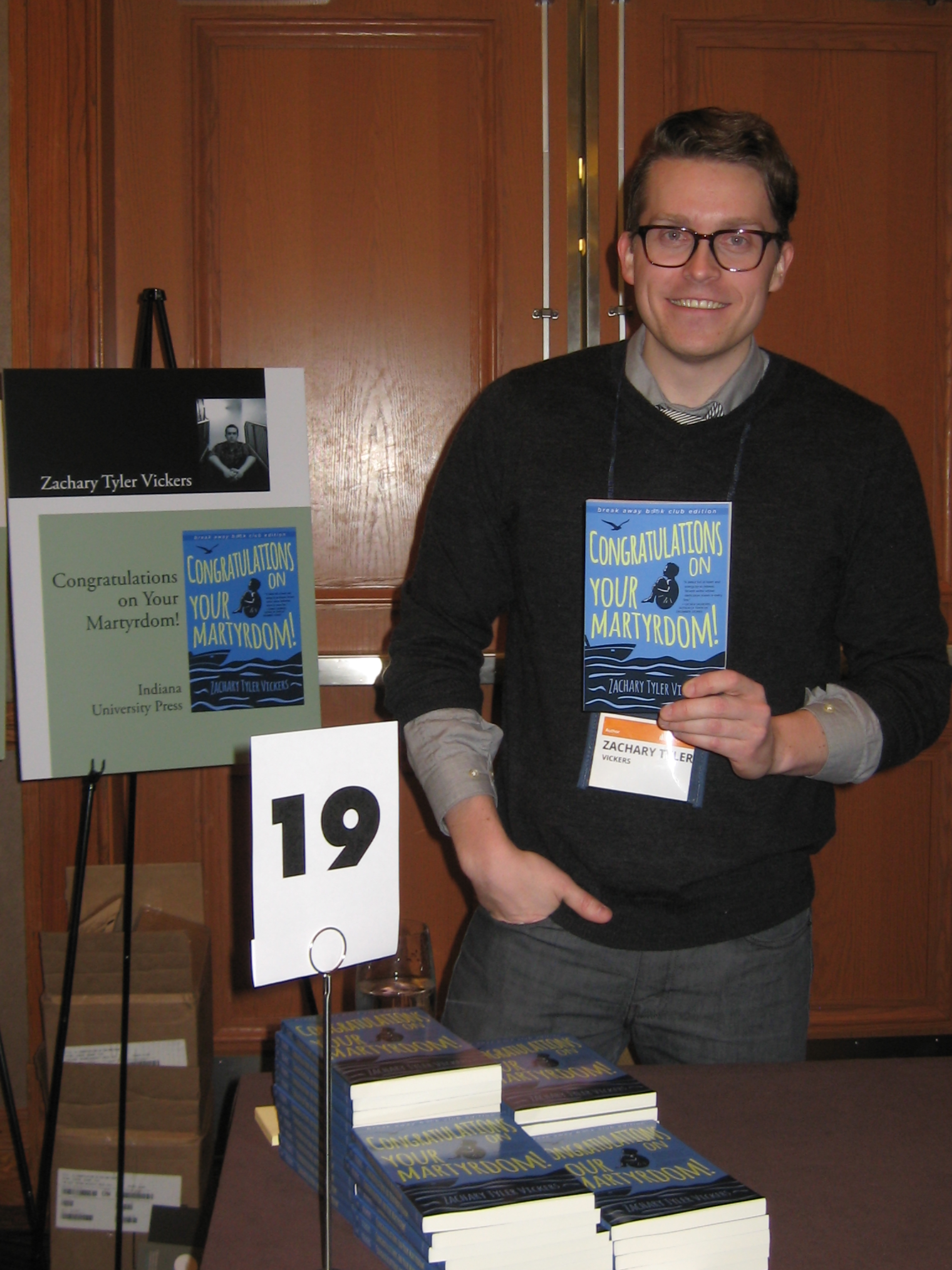 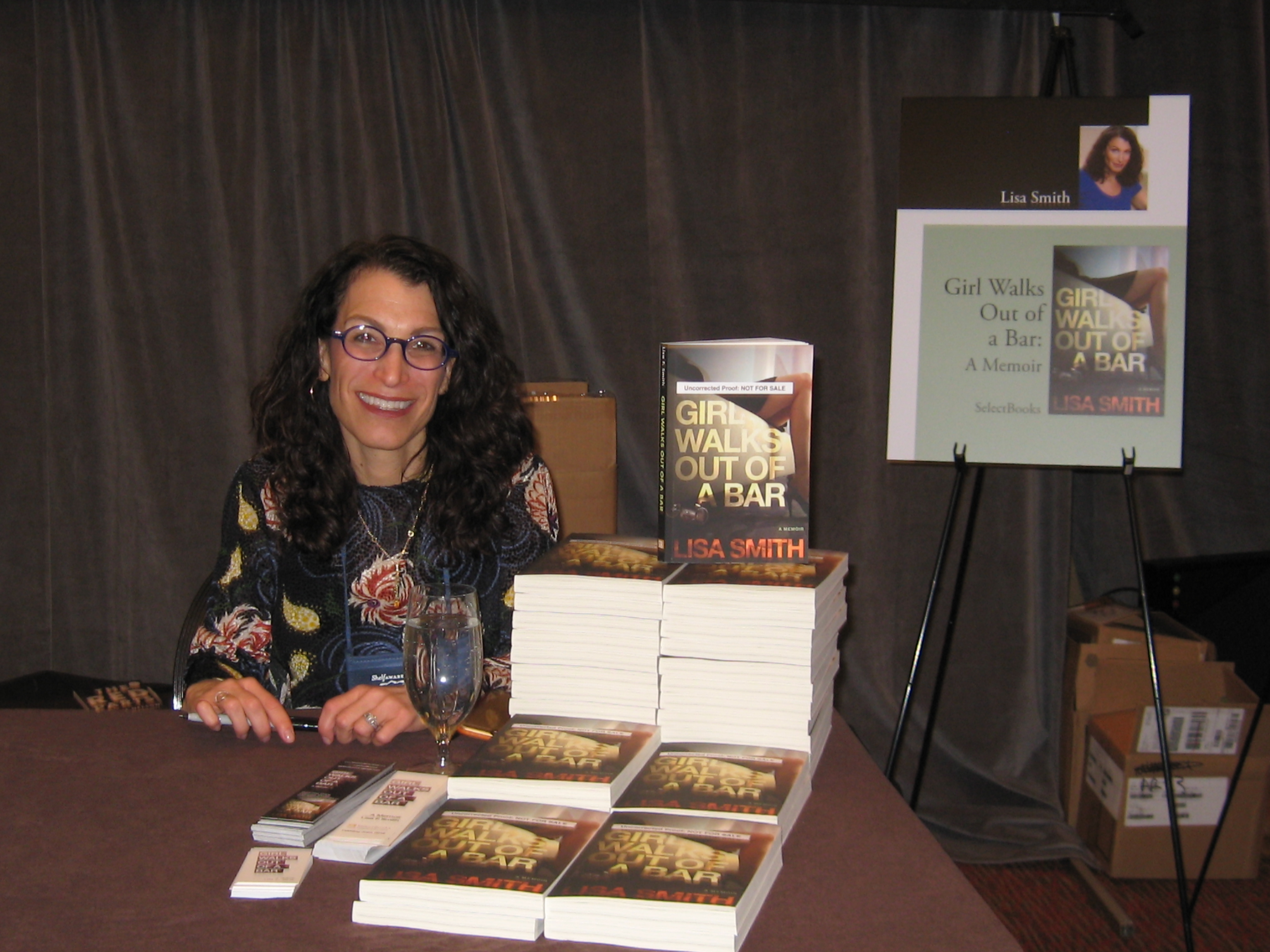 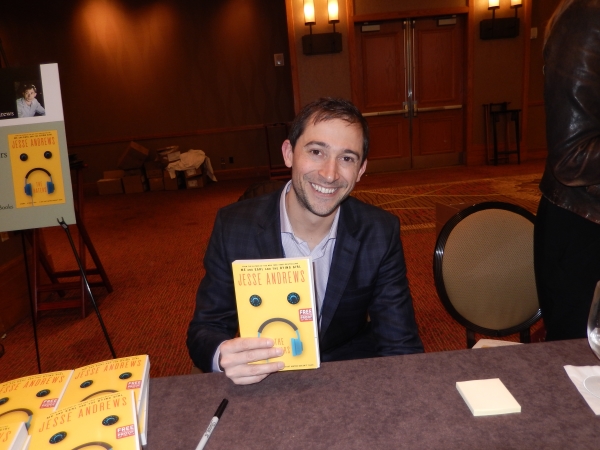 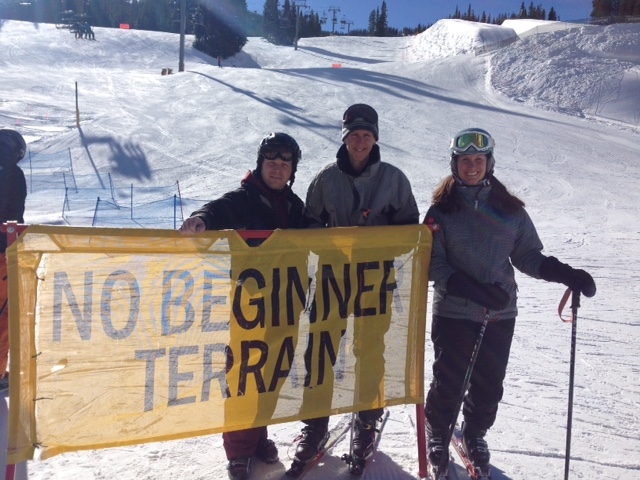 The 11th annual Winter Institute, held from Saturday, January 23, through Tuesday, January 26, 2016, at the Sheraton Denver Downtown Hotel, was the American Booksellers Association’s biggest standalone education event yet. Close to 600 ABA member booksellers made it to the institute despite Winter Storm Jonas, which forced some booksellers from the East Coast to cancel their travel plans at the last minute. In addition to booksellers, the institute drew more than 100 authors, 160 publishing professionals, 35 Consultation Station service providers, and 40 international guests from eight countries, including Australia, Holland, England, and France.

Among the many highlights of Wi11 was an appearance by Colorado Governor John Hickenlooper, who took the stage at Monday’s breakfast plenary to honor his friend and former business partner, Tattered Cover founder and First Amendment defender Joyce Meskis, who he said inspired a whole generation of book lovers in Denver and a generation of free speech advocates across the country. The governor went on to proclaim January 25 Joyce Meskis Day in the state of Colorado.

“The more Joyce Meskises there are in the world, the better world this place will be, and I can see this room is filled with Joyce Meskises,” Hickenlooper said.

Another highlight of the institute was the release of a new study commissioned by ABA entitled “Amazon and Empty Storefronts: A Civic Economics Study,” which revealed that the real costs and ramifications of Amazon’s expansion have been even more dire than many people had thought.

The study, which was released Monday and presented at a session by Dan Houston and Matt Cunningham of Civic Economics, found that in 2014, Amazon sold $44.1 billion worth of retail goods nationwide, and that this growth and retail displacement resulted in a total of more than $1 billion in revenue lost to state and local governments. In addition, the study estimates that the shift to online sales has resulted in a national reduction in demand for retail space totaling over 100 million square feet, the equivalent of more than 30,000 traditional storefronts employing 136,000 workers. (Watch for more on the study, which is now online at CivicEconomics.com, in next week’s BTW.)

At Monday morning’s plenary breakfast, ABA CEO Oren Teicher shared new evidence that the resurgence of independent bookstores is continuing apace: Overall sales across the network of independent bookstores were up 10 percent in 2015, almost eight percent on a per store basis, Teicher said, and total book sales at indie bookstores exceeded $500 million last year, which does not count non-book or other store revenues.

“In a year that saw bricks-and-mortar retailers pressured by lots of things, independent bookstores once again fulfilled their mission of putting the right books in the hands of readers and book buyers while growing their businesses in what obviously remains a challenging environment,” said Teicher. “At ABA, we appreciate these challenges and we know that not every store in every community is seeing this growth, but the important fact is that nationally you are succeeding, and we will continue to work hard to see that growth across the country.”

“Looking ahead, we know it is not a time of complacency,” he added. “It is clear that in 2016 we have challenges — everything from maintaining efficiencies in our operations to concerns about payroll, and of course, the intensifying competition from online retailers, but there is one reality that I know everybody understands: in the midst of independent bookstores’ success, there have always been challenges on the horizon, but you have always, always met them.”

Several brand-new events also premiered at Winter Institute 11, including the first-ever Backlist Book Swap Party, where hundreds of booksellers and publishers brought a copy of their favorite “under-read” book to share with friends and colleagues, and left with someone else’s favorite.

At the swap, booksellers took photos with Curious George, who celebrates his 75th anniversary this year, and showed off their titles at the book swap photo booth. Also making an appearance at the event were two authors with books on the Indie Next List’s new Revisit & Rediscover feature highlighting backlist titles: Luis Alberto Urrea, author of The Devil’s Highway (Back Bay Books), and Katherine Hannigan, author of Ida B…and Her Plans to Maximize Fun, Avoid Disaster, and (Possibly) Save the World (Greenwillow).

Winter Institute 11 also featured the special session “Education for Publishers: Bookstore P&L,” a complement to an education session for booksellers on publishers’ P&Ls, which was presented at the fall regional trade shows. Both programs aimed to increase understanding and cooperation between booksellers and publishers.

Before the Winter Institute’s official kickoff at an Opening Reception on Saturday night, January 23, booksellers and international guests had the opportunity to take full- or half-day tours of bookstores in the Denver area. The full-day tour stopped by Boulder Book Store and BookBar and visited Second Star to the Right Books, Tattered Cover in historic LoDo, and City Stacks Books & Coffee in Denver. The half-day tour stopped at HearthFire Books in Evergreen, Tattered Cover Book Store at Aspen Grove in Littleton, and The Bookies Bookstore in Denver.

Eleanor Thorn, owner of Lake Forest Book Store in Lake Forest, Illinois, found Saturday’s bookstore tours to be immensely helpful. “I really enjoy going to other bookstores. I get so many ideas. It really helps,” she said.

Both tours ended at Tattered Cover – Colfax for the Opening Reception, where ABA CEO Oren Teicher thanked booksellers for their attendance and said a few words to honor Tattered Cover’s Meskis. In her welcoming remarks, Jenn Risko, the publisher of Shelf Awareness, the reception’s sponsor, said the Winter Institute has become “the prom night of the industry.”

Before the keynote speech on Sunday by Martin Lindstrom, author of Small Data: The Tiny Clues that Uncover Huge Trends (St. Martin’s), ABA President Betsy Burton, co-owner of The King’s English in Salt Lake City, Utah, remarked on the year in bookselling.

“We all worked hard over the holidays and this year really did start off with another record-breaking year for independent bookstores. We all know that in some communities the challenges are more pressing than others, but whether this was a banner year for you or not, there are tools here that will help you on your path,” said Burton. “The great thing about Winter Institute is that when we need tools to meet new challenges or just up our game, we have a remarkable opportunity to focus on education and professional development here.”

After full days of education on Sunday, Monday, and Tuesday, booksellers were invited to special events each evening, courtesy of Wi11’s sponsors. Sunday featured Scholastic’s annual Meet & Treat After Party at Kevin Taylor’s at the Opera House in the Denver Performing Arts Complex. Booksellers were treated to an ice cream sundae bar and met some of the publisher’s children’s and YA authors, including Luanne Rice and Sharon Robinson.

Amy Cuddy’s keynote speech on Monday morning, in which she discussed ideas from her book “Presence: Bringing Your Boldest Self to Your Biggest Challenges” (Little, Brown), was a huge hit with many booksellers.

“Amy Cuddy was an amazing speaker. I felt like it was a really important topic,” said Mara Panich-Crouch of Missoula, Montana’s Fact & Fiction, who was attending Winter Institute for the first time.

Monday evening was capped by the Author Reception, a perennial highlight of Winter Institute. Hundreds of excited booksellers streamed into the Plaza Ballroom, where they got a chance to meet more than 100 authors and illustrators and snag books and galleys for the upcoming season.

Tuesday morning’s keynote speaker, chiildren’s book author Kwame Alexander delivered the talk “The Idea Business: A Life Spent Writing and Selling Books” in which he recounted his life’s journey in writing and bookselling and spoke about the importance of making books available to children. On Tuesday afternoon, the spotlight was on small and university presses at both the Small and University Presses Lunch and the Closing Reception.

Flyleaf Books owner Jamie Fiocco appreciated the takeaways from the Winter Institute’s breakfast speakers. “The theme between the first two keynote speakers, Martin Lindstrom and Amy Cuddy, was presence and pausing, and how bookstores are in a unique place where we can help people go off the grid,” she said.

Rebecca George, a prospective bookseller whose Chicago store, Volumes Bookcafé, will open in about a month, said her trip to Winter Institute is preparing her for what lies ahead. “I’m very excited to be here. I’m kind of recharging and getting my brain in the right place before we open,” said George.

Maggie and Wes Hansen, prospective booksellers who are planning to open a bookstore in Austin, Texas, later this year, said that Winter Institute has been a great affirmation that they are on the right track. “The relationship building has been priceless,” said Wes Hansen. —With reporting by Sydney Jarrard and photos from Phil Davies, Kristen Gilligan, Alison Greene, and Rosemary Hawkins

Watch for reports on Wi11’s education sessions and featured talks in upcoming editions of Bookselling This Week.