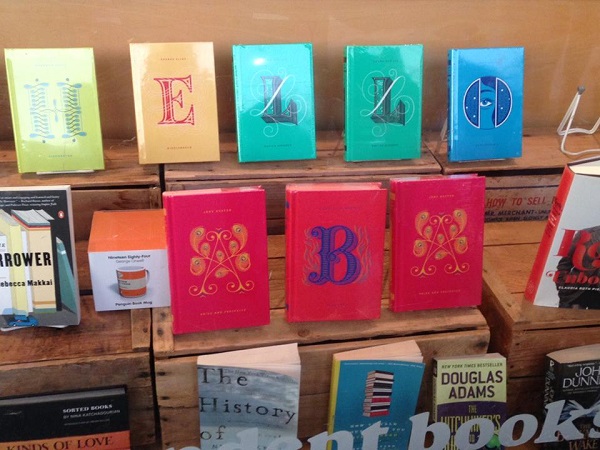 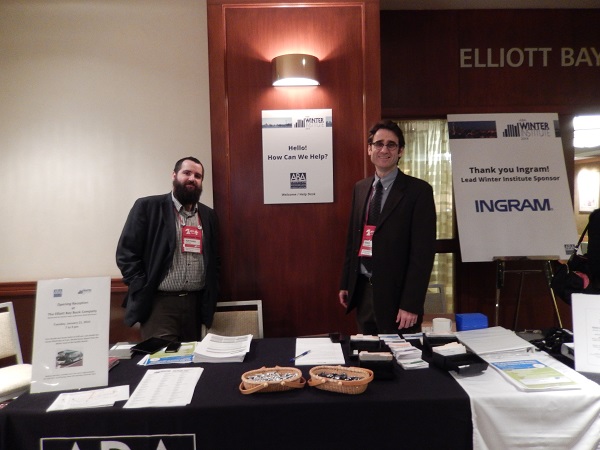 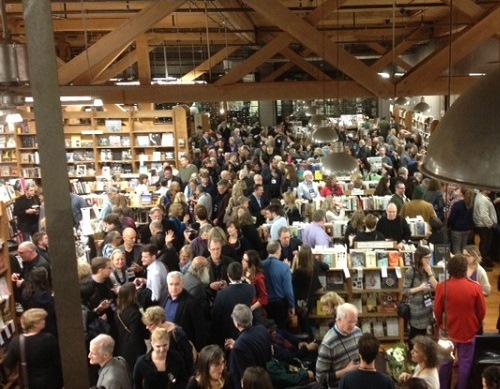 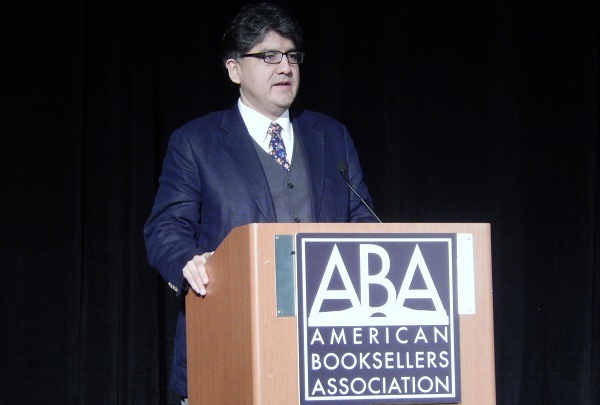 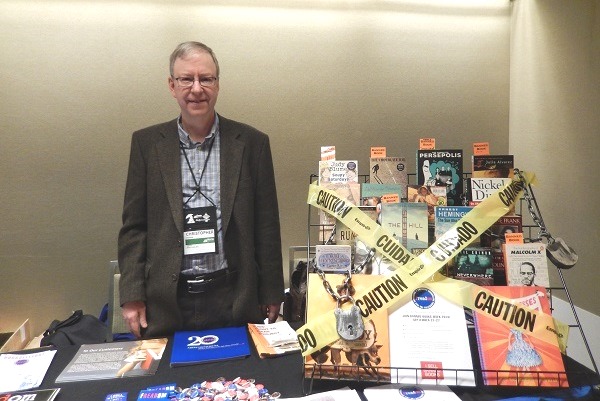 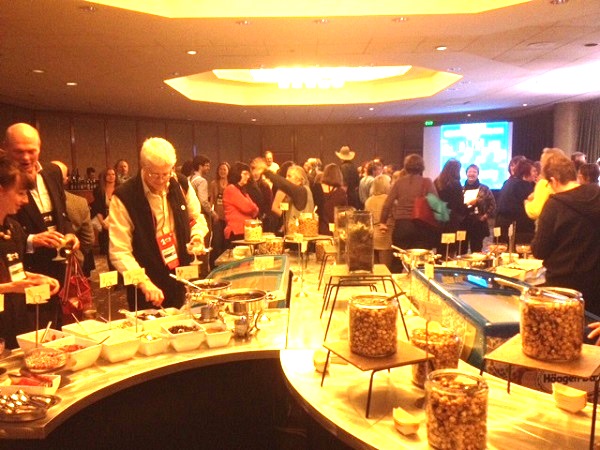 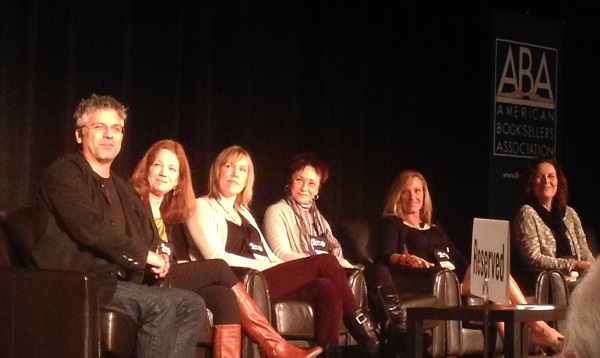 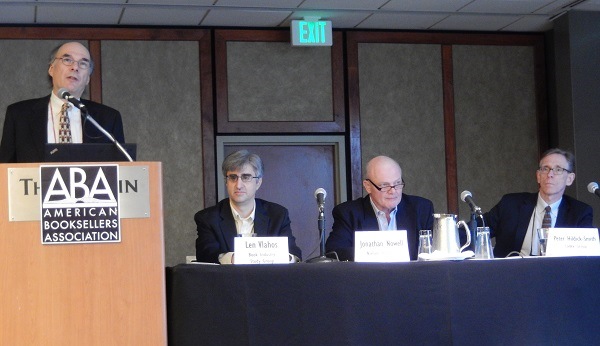 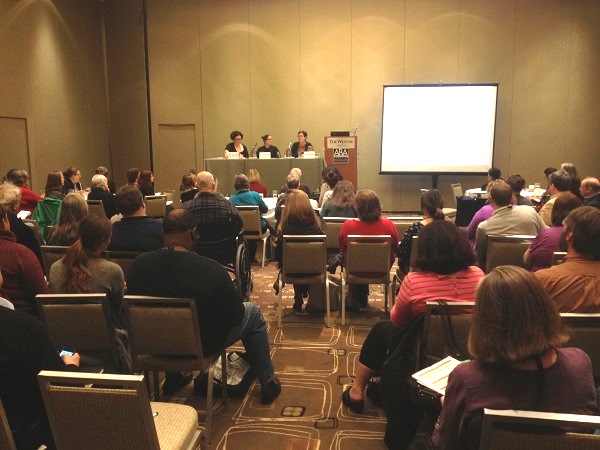 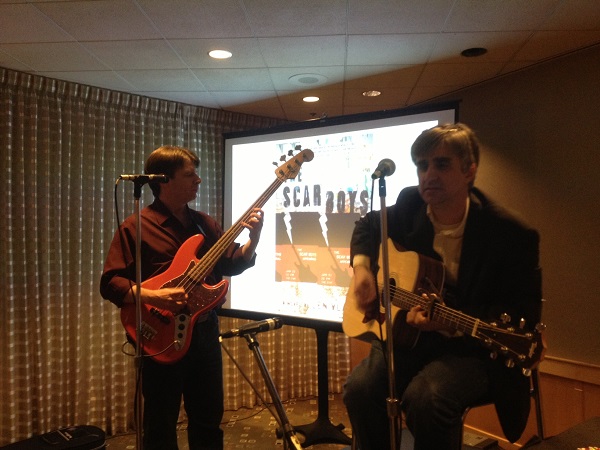 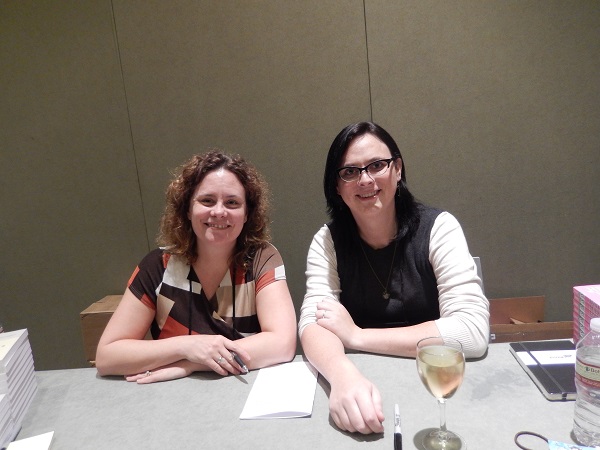 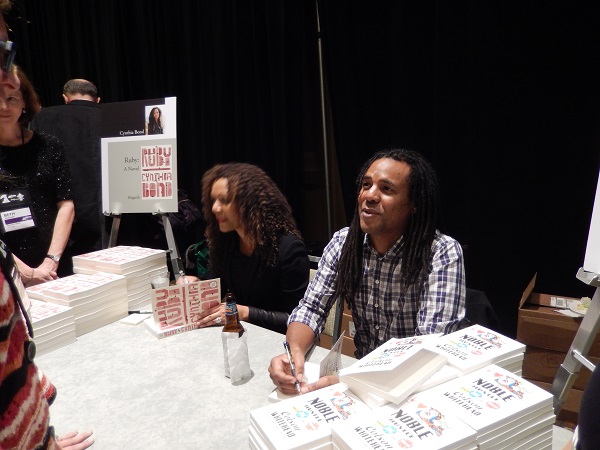 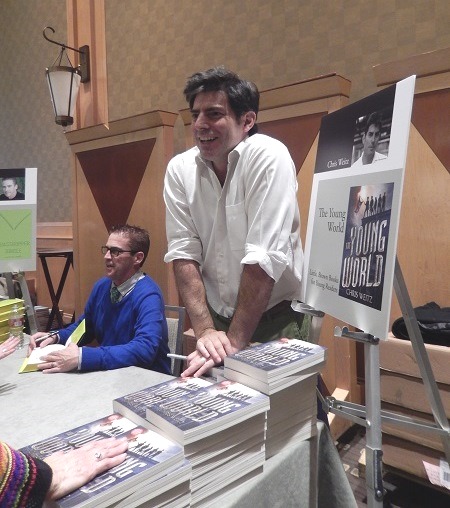 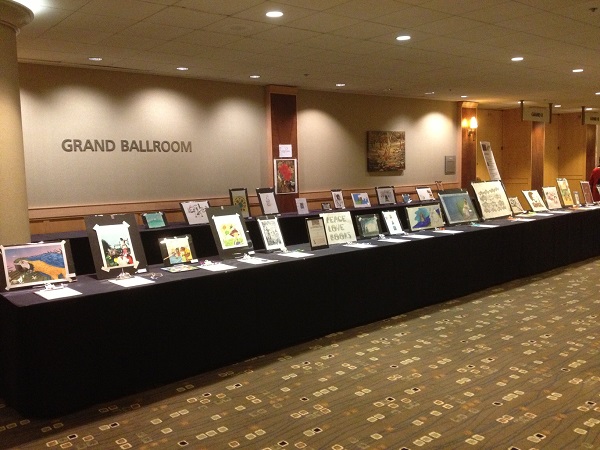 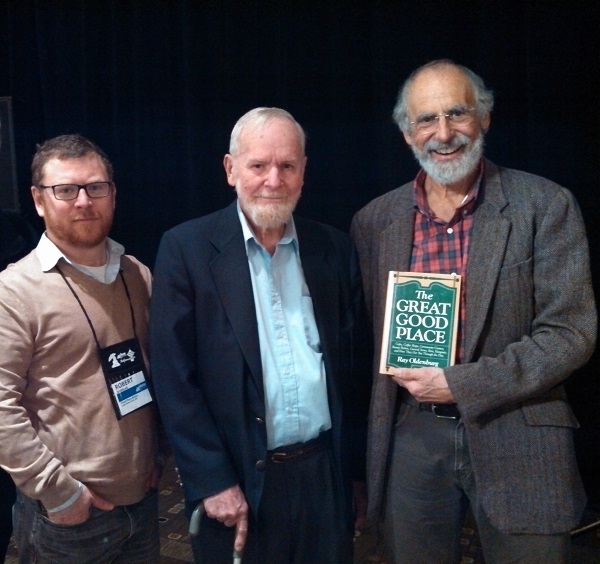 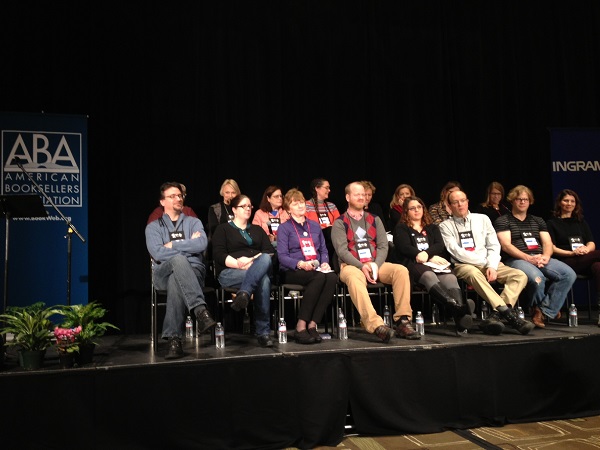 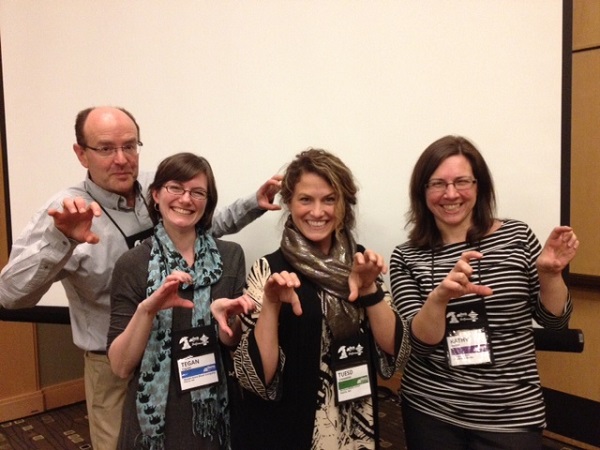 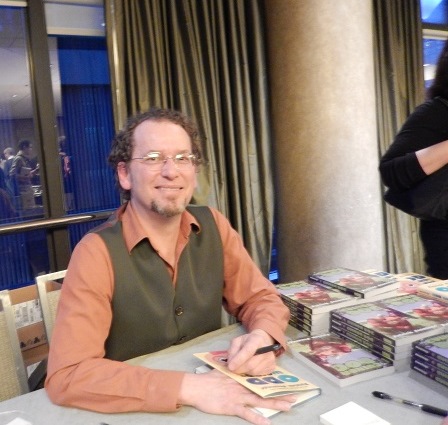 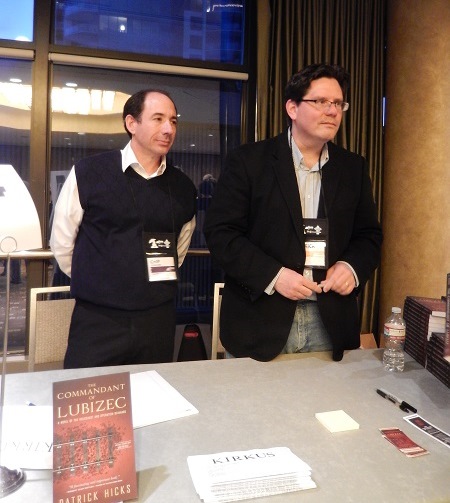 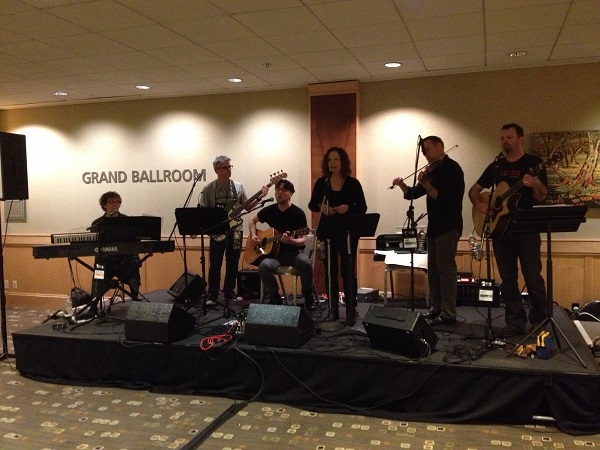 More than 500 ABA member booksellers, 59 publishing companies, 78 authors, dozens of service providers and other industry professionals, and almost 30 international guests from 12 countries took part in the American Booksellers Association’s ninth annual Winter Institute (Wi9) last week in Seattle. Bookseller attendees immersed themselves in a program offering education sessions, networking opportunities, and special events at the Westin Seattle that was made possible by the support of Ingram Content Group, the event’s lead sponsor, as well as by support from publishers large and small.

Following the event, Shelf Awareness characterized it as “another wild success,” and Publishers Weekly reported that Wi9 was “one of the most vibrant bookseller gatherings in several years.”

“We at ABA know that the Winter Institute only succeeds because of the vibrant participation of independent booksellers,” said ABA CEO Oren Teicher. “It’s their input in the planning of the event, their leadership as session panelists and moderators, and their enthusiastic interaction as attendees that make the Winter Institute what it is. ABA is once again immensely grateful to them, as well as to all the event’s sponsors.”

Before the Winter Institute officially kicked off on Tuesday night, January 21, with an opening reception at Seattle’s The Elliott Bay Book Company, some 200 booksellers participated in full- and half-day tours to some of the Pacific Northwest’s top-notch indie bookstores. Busloads of booksellers were warmly welcomed at Mockingbird Books, Seattle Mystery Bookshop, University Book Store, Queen Anne Book Company, Book Larder, and Secret Garden Books, all in Seattle; Eagle Harbor Book Co. and The Traveler, Inc. on Bainbridge Island; Third Place Books in Lake Forest Park and Ravenna; and Island Books on Mercer Island.

Tour buses returned to the Westin Seattle in time for participants to join a record-breaking crowd of booksellers, authors, and publishers at Elliott Bay Book Company for the Winter Institute’s kickoff reception, sponsored by Shelf Awareness. The hundreds of attendees enjoyed drinks and appetizers in the packed 25,000-square-foot bookstore and, from the stairs overlooking the main floor, were welcomed to the Emerald City by ABA CEO Oren Teicher and Shelf Awareness Publisher Jenn Risko.

Over the course of the next three days of education and plenary sessions, booksellers enjoyed early morning yoga classes led by Susan Weis-Bohlen of Baltimore’s breathe bookstore café; the ever-popular galley room stocked with titles from Wi9’s publisher sponsors; and the opportunity to discuss books and industry issues with publishers at rep picks sessions and publisher/bookseller focus groups. International guests participated in the Winter Institute’s educational sessions as well as in special lunchtime events planned just for them. At an opening day lunch, they learned firsthand about the state of bookselling in the U.S. from current ABA President Steve Bercu of Austin’s BookPeople and four former ABA presidents: Richard Howorth of Oxford, Mississippi’s Square Books; Mitchell Kaplan of Florida’s Books & Books; Becky Anderson of Naperville, Illinois’ Anderson’s Bookshops; and Chuck Robinson of Bellingham, Washington’s Village Books.

Opening the first day of education, on Wednesday morning, Dan Heath, co-author with his brother, Chip, of Decisive: How to Make Better Choices in Life and Work (Crown Business), discussed the all-too-common pitfalls that everyone should avoid when making important choices. Heath bolstered his presentation with examples of ABA members who successfully avoided these pitfalls to arrive at successful solutions to their problems.

Author Sherman Alexie was saluted by booksellers at the opening breakfast for his part in launching the Indies First movement, celebrated for the first time last year on Small Business Saturday. Alexie, who was presented with a T-shirt reading, “The original absolutely true part-time Indie,” told booksellers, “I celebrate you, as people, as institutions, as a movement, and as the future of bookselling: not just the past — the future — of bookselling.”

At the end of Wednesday’s programming, which included the first of two Rep Picks lunches, Scholastic’s late-night Meet & Treat party offered booksellers drinks and desserts — including a fully stocked ice cream bar — and an opportunity to learn about several upcoming titles from their authors, as well as a time to socialize with other booksellers.

Thursday’s breakfast crowd welcomed six members of the Seattle7Writers collective. Authors Garth Stein, Carol Cassella, Tara Conklin, Elizabeth George, Deb Caletti, and Jennie Shortridge detailed the group’s work with local independent bookstores, as well as with libraries, charities, and the community at large. Booksellers in attendance were encouraged to start similar movements to bring their indie bookselling communities together with local authors, and to strengthen their literary ecosystems. “The number [of authors] is not as important as the energy,” Stein said.

Presenter Geno Church held the audience captive at the education session “The Passion Conversation: Understanding, Sparking, and Sustaining Word-of-Mouth Marketing,” while author Whitney Keyes joined in the panel “Making Social Media Work for Your Store.” In a discussion at the advanced session “Managing the Changing Workplace,” author and business consultant Ryan Coonerty, whose family owns California’s Bookshop Santa Cruz, encouraged booksellers to consider ways they can capitalize on their stores as community spaces.

Thursday evening’s Author Reception, always a favorite with booksellers, brought more than 70 authors and illustrators and hundreds of galleys and ARCs to the tables around the expansive ballroom. Christine Onorati from WORD bookstore in Brooklyn, New York, and Jersey City, New Jersey, who was at the reception, said that it was her favorite part of the Winter Institute. Onorati was joined at event by one of Wi9’s 200 first-time attendees, Molly Templeton, WORD Brooklyn’s outreach manager, who was soaking in the whole experience. Templeton said that before heading out to Seattle she “had heard about Winter Institute a lot.” After just two days in, she said, “I hope I get to come back.”

Francine Lucidon, owner of The Voracious Reader in Larchmont, New York, who also brought first-timer Kayleigh Reichman to the event, found the whole Winter Institute experience “fabulous” and said it was “well planned and paced.” Among the highlights for Lucidon were Winter Institute’s publisher focus groups, which she described as very helpful.

At the final Winter Institute breakfast, editors and publishers from small and independent presses presented a host of exciting new titles that booksellers can look forward to selling this season. The breakfast culminated with an interview by Ron Sher, the founder of Third Place Books in Lake Forest Park and Ravenna, Washington, of Ray Oldenburg, author of The Great Good Place: Cafés, Coffee Shops, Bookstores, Bars, Hair Salons, and Other Hangouts at the Heart of a Community (Marlowe & Company, dist. by PGW) and Celebrating the Third Place: Inspiring Stories About the “Great Good Places” at the Heart of Our Communities (Da Capo).

At the beginning of their chat, Oldenburg expressed his disdain for the idea of “a virtual third place.” Those who “think sitting at a computer in a dark room is the same as getting together with friends face to face… better rethink it, it’s just not true,” said Oldenburg, who is heartened “that so many people now are aware of community and are seeking ways to realize it.” (For more on the conversation between Oldenburg and Sher, Dan Heath’s opening plenary presentation, and the Seattle7Writers breakfast, see BTW’s Friday report from the Winter Institute.)

The relationship between debut authors and independent bookstores was celebrated at the Winter Institute’s final lunch, on Friday. Sixteen booksellers filled the stage to discuss upcoming debuts featured in ABA’s Indies Introduce program.

Bringing the institute to a celebratory end, the Small and Indie Press Closing Reception spilled out of the Westin’s Fifth Avenue Room as booksellers, authors, and publishers mingled and enjoyed the music of the Seattle-based author band The Rejections (And Trailing Spouses), which includes Seattle7 authors Jennie Shortridge and Garth Stein.

When Wi9 closed on Friday, booksellers were already looking forward to the 10th Annual Winter Institute, which will be held in Asheville, North Carolina, at the historic resort hotel The Grove Park Inn. The event will open with an evening reception on Sunday, February 8, 2015, followed by an educational program and special events running from Monday, February 9, through Wednesday, February 11.

Watch for reports on the Winter Institute’s education sessions in upcoming editions of BTW.