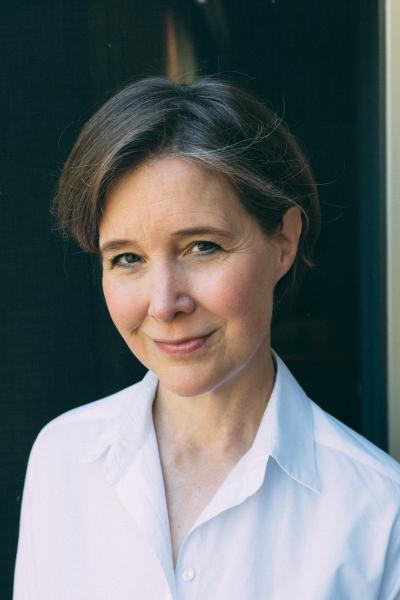 Commonwealth follows the Cousins and Keating children and their parents over the course of five decades after a chance encounter on a Sunday afternoon in California brings the two families together.

While Commonwealth’s domestic setting appears to be a departure from Patchett’s other novels, namely Bel Canto, in which a famous opera singer finds herself hostage during a party in an unnamed South American country, and State of Wonder, set deep inside the Amazon rainforest, Patchett said her novels that feature exotic, far-away places are still ultimately books about family.

“If you scrape away all of the costuming and the setting, the bones are so similar. In a way, I just wanted to write something that felt a little more direct and literally closer to home — to tell that story without all the props, without all the bells and whistles,” Patchett recently told Bookselling This Week. 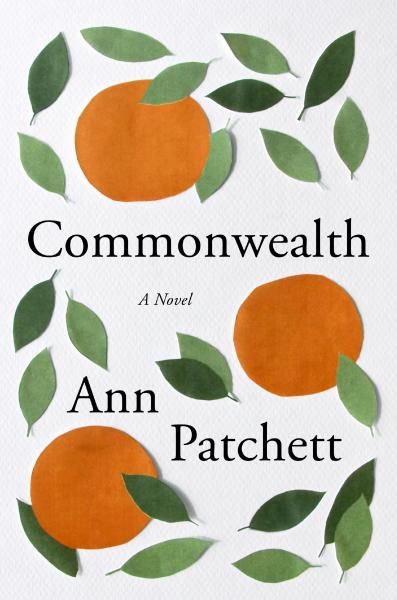 Commonwealth opens at Franny Keating’s christening party, where Bert Cousins, an uninvited guest, kisses Franny’s mother, Beverly — a single action that leads to the dissolution of both of their marriages.

Patchett had originally set out to write about a character who attends a play, only to discover the play is about his own childhood. “I just could never figure out how to get him to the theater,” she said. “That really was the first thing that I thought of. What if you saw something or read something and you could very clearly see yourself as a character? And, suddenly, you would understand things about your own life that you never understood before?

“So many of us have that moment with fiction. We just completely identify with a character in a book and, in doing so, we learn things about ourselves that we didn’t know before. What if the character you identified with in a book was actually you? And it wasn’t your imagination?”

Patchett eventually did find a way to incorporate this idea into Commonwealth: Midway through the book, when an author writes a novel based on their lives, the four Cousins and two Keating kids, who were brought together decades earlier when Bert and Beverly married, are forced to confront their childhoods and the truth behind the death of one of their siblings.

Each member of this unconventional family shares their story as the novel progresses, because Patchett found them all to be interesting — all six children, the four parents, and even the novelist who writes about them. “I think they are all tiles in the larger mosaic. It is all of their stories,” she explained.

Often when people write about divorce, they write about the impact on the children or the spouses, but Patchett said she wanted to explore what each of the characters’ lives would look like 50 years later. “With any decision that we make, there are repercussions on our own lives and the lives around us, and those ripple out and out and out,” she said. “How did this decision, a kiss at a party, impact all these different lives at different points down the line?”

Patchett, who is also the co-owner of Parnassus Books in Nashville, Tennessee, said she has grown very interested in time as a theme in both her work and her life. After writing Run (Harper, 2007), which takes place over the course of 24 hours, she wanted to attempt a narrative that was much more expansive.

“I wanted to really stretch it out,” Patchett said. “I ultimately wanted to write a birth-to-death novel, but I didn’t make it — I made it 50 years. It seemed that family was a better place for me to do that than something that was very exotic and far away. I really wanted to focus on having a lot of people and a lot of locations over a great span of time.”

Commonwealth’s nomination to the Indie Next List is particularly meaningful to her, Patchett said, because she knows the quality of the other titles coming out in September. “It’s really wonderful,” she said. “It feels like a big, warm pat on the back from the people that I work with, both in my store and all over the country.”

Patchett, who opened Parnassus Books in 2011 with business partner Karen Hayes, said she’s been surprised by how much she enjoys owning a bookstore and that she particularly loves the people she works with.

“For a novelist, for somebody who is used to working alone all the time, it’s incredible to dip in and out of that world,” Patchett said. “They are my dearest friends, and it’s like being in a sitcom. It’s like we’re the comedy writers on the old Dick Van Dyke Show, or we’re sitting in the coffee shop in Friends or the bar in Cheers. Everybody is kind and everybody is smart and everybody is a good reader, and we have a certain Island-of-Misfit-Toys vibe. It’s really dear.

“And to say nothing of the customers, who are also a blast. Walking around with books in a bookstore is like walking your dog — it gives everyone free license to have a conversation. So I can just go around and talk to people.”

Because of her passion for indie bookstores, Patchett recently signed on as the co-ambassador for the Book Industry Charitable Foundation, alongside author James Patterson. “It is my job to promote independent bookstores and the health and well-being of bookstores and of booksellers,” she said. “The idea of working with an organization that makes grants to booksellers in need — what could be more beautiful than that?”