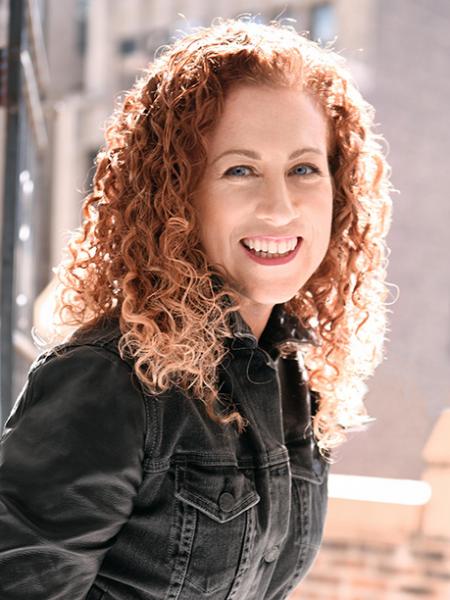 Jodi Picoult is the author of Leaving Time (Ballantine Books), the number one Indie Next List pick for October as chosen by independent booksellers across the nation.

The story is set in New Hampshire, where 13-year-old Jenna Metcalf has spent the last 10 years thinking about her mother, Alice, an elephant researcher who disappeared after a tragic accident at the family’s elephant sanctuary. Knowing only what she has read in her mother’s research journals, Jenna believes that her mother is still alive and sets out to find her with the help of the burnt-out investigator who was on her mother’s case and a washed-up psychic.

“Fascinating lore about elephant behavior enhances this tale about grief and the bonds of love between mother and child that persist across time and species,” said Deb Fliegel of River Lights Bookstore in Dubuque, Iowa. “Emotionally wrenching, with an unexpected but transcendent conclusion, this is a great read!”

Picoult, who is the author of 23 previous novels, lives in New Hampshire with her husband and three children. 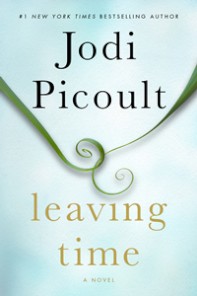 Bookselling This Week: Leaving Time discusses the behaviors, emotions, and rituals of elephants, especially when they’re grieving. These behaviors include their reactions to losing loved ones, the protection of their offspring, and the importance of the matriarch to the herd. Why did you choose elephants? What kind of research did you immerse yourself in to write this book?

Jodi Picoult: The relationship between a mother elephant and a calf is an unbreakable one that lasts a lifetime. I loved the idea of that, particularly when held in counterpoint to a 13-year-old girl tracking down her missing mom. Then I began to learn more about the amazing cognitive abilities of elephants. Elephants are among the few species in this world (including humans) that show cross-species empathy: they will help out another animal in distress even if there is no biological advantage.

Their grieving rituals are remarkable, too. An elephant will have a change in behavior if it comes across the bones of another elephant, getting quiet and reverential, and the tail and ears droop. Elephants will return to the site of a herd member’s death for years afterward, to stand quietly for a while before moving on. They have been known to break into research facilities and take the bones of an elephant that are being used by a researcher, and bring them back to the site of that elephant’s death. For research, I was privileged to spend time at The Elephant Sanctuary, where I met Sissy, an elephant who survived the 1981 Gainesville Flood by being submerged for 24 hours with only her trunk above water. When she got to the sanctuary, she was traumatized and took to carrying around a tire, like a child’s security blanket. Eventually, she bonded with an elephant named Tina and they were fast friends. But Tina died, and when she did, Sissy stayed with her and then remained by her grave for a few days. Finally, she placed her tire on the grave, like a wreath, and left it behind, never to return to it, almost as if she believed Tina needed the comfort more, now.

I also went to Botswana and spent a week with a researcher, tracking herds in the wild, much like Alice does, and observing their behavior and mannerisms, and hearing tons of stories again about the magnificence of elephant cognition.  For example, in Pilanesberg, South Africa, a reserve existed for elephants that were orphaned after culls for population control. It was a social experiment. They thought these teen elephants would bond into a herd, but that didn’t happen because there was no matriarch. So a decision was made to bring two older females, Durga and Owalla, back to Africa from the U.S., where they had been working and training. It was a success. The two matriarchs formed two thriving herds. However, Owalla got bitten by a hippo 16 years later and couldn’t be anesthetized for medical reasons. They knew she was going to die, if not treated. So Randall Moore, Owalla’s former trainer, was called in. He found the herd, got out of his vehicle, and called Owalla by name. The younger members of the herd scattered, terrified of this human contact. Owalla came forward and greeted Randall, and then lifted her trunk and her leg according to his commands, letting the vets treat her without any anesthetic. After 16 years of being completely wild, she remembered him and his commands.

BTW: Alice spends much of her life recording scientific data about elephants, but she uses unscientific elephant stories she’s witnessed or heard about when relating to her own life throughout the book. What does Alice’s break from science in these instances mean for her character?

JP: Alice is very clear about the fact that two percent of science is immeasurable and inexplicable, but that doesn’t mean it isn’t valid. As someone who studies a soft science (empathy and grief), she would have to continually be proving herself to her scientific peers, but I think at heart she knows and believes that it is observation and bearing witness that is just as valid. Alice can be a bit prickly, and Jenna holds onto these moments where she lets down her scientific guard, so that she can try to understand her mother beyond her scholarly research.

BTW: Jenna is left behind by her parents; Serenity has lost her gift and spiritual guides; Virgil has lost his career and self worth; and the elephants studied have lost their loved ones and struggle to survive in the wild. What inspired you to write about the topics of loss, grief, and renewal?

JP: I have three kids, and my daughter, my youngest, was getting ready to go to college, which meant I’d be an empty nester. It was daunting, to say the least. When I read that in the wild, an elephant mother and daughter stay together until one of them dies, I thought, How enlightened! Why can’t we be like that!? I began to do a little digging on elephants, and when I discovered that they actually grieve and experience and process loss, I was completely hooked, and knew I would be writing about what it meant to be left behind … and also that I had my profession for the character of Alice.

BTW: The reader learns a lot about the missing Alice Metcalf from what her daughter, Jenna, and the former detective, Virgil, have to say, but most of her life and personality is uncovered through detailed passages from her journal. Why were Alice’s diary entries important to include in the book?

JP: Because Alice is a cipher. The only way we learn about her is through what she left behind. We literally learn at the same rate Jenna does. She comes to life through her writing, much as she does for her daughter.

BTW: The characters in your book include a psychic, a teenager, a detective, circus people, scientists, and an angry grandmother. What was your process in developing these characters so thoroughly? How did you develop their incredibly different lives around this very unique situation?

JP: This is always the hardest to answer, because the characters just arrive in my head and I hear them talking to me. I don’t feel particularly creative, I just listen a lot. Then, I try to do research to flesh out who they are and what they sound like. So I was privileged, for example, to spend time with Chip Coffey, a psychic, who gave me a glimpse (no pun intended!) into how his mind works. I also worked with police detectives who specialize in missing persons cases, DNA researchers, elephant keepers who’d worked in circuses and zoos. The teenage voice, though, I was lucky enough to be able to listen to under my own roof!

BTW: The mother/daughter bond is central to the story of Leaving Time. Young elephants are cared for by many females, and mothers and daughters stay together until one of them dies. This is paralleled in the book by the many chapters that detail the strong bond between Alice and the infant Jenna. Jenna is mothered at different times by Nevvie, Serenity, and her grandmother. What motivated you to focus so strongly on these bonds?

JP: A family isn’t always related by blood. I’d argue that Virgil is a caregiver for Jenna, too, and he’s not a female. In Africa, there is a saying I quote in the book: If you want to go fast, go alone; if you want to go far, go together. For Jenna, traversing the path she really must take in order to move on cannot be achieved without the support and help and talents of Virgil and Serenity. Likewise, Jenna has to learn why her grandmother is so averse to learning the fate of her own missing child before she is able to move on and mount a search herself.

JP: My books have always thrived on word of mouth, and booksellers at indies have spent years telling book clubs to try a Picoult novel. I’m so grateful to the independents for so many things: their stellar reading series, which bring authors to their fans and local communities; their handselling of books; and, most of all, for showcasing the voices of new writers or writers who come from tiny presses you might never even know to look for online or that won’t get shelf space in a box store. It’s the independent bookstores that are nurturing the newest voices in fiction and helping to find those writers an audience.