Winter Institute 12 attendees will have the opportunity to start their day with a yoga class led by Instagram star Jessamyn Stanley, author of Every Body Yoga: Let Go of Fear. Get on the Mat. Love Your Body. (Workman, April 2017). 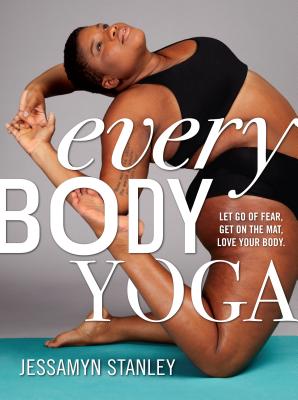 “It will be a very early morning class but definitely a good way to get things started,” said Stanley. “I feel that everybody, especially at the start of the year, says they’re going to start practicing yoga — then they try it one morning and they’re just like, first of all, this is hard, and second of all, this is way too early. It’s just too much. So I hope that from these little morning classes, at least one person, just one, will continue to practice yoga, but even if that’s not the case, we’ll still all get to stretch together.

“You can read about the ideologies and the way to do the poses and the alignment correctly in a book, or you can watch it in a video,” Stanley added, “but there are things that you really can’t fully get without having someone there to tell you it’s ok to just breathe and look awkward.”

Stanley’s yoga practice uses high energy vinyasa flow as a way to move past mental and emotional barriers, providing an approach that encourages students to ask “How do I feel?” rather than “How do I look?”

Stanley, whose Instagram account offers tips and advice for other yoga practitioners while documenting her own home yoga practice, has been featured in and profiled by numerous national and international media outlets including Shape, People, New York Magazine, and Good Morning America. Her first book is an attempt to answer the daily barrage of questions she gets from some of her 259,000 Instagram followers. 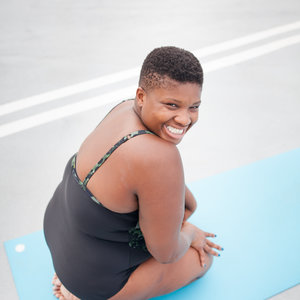 “I get so many e-mails, tweets, Tumblr messages, and Facebook messages from people asking for advice about how to start doing yoga, and there is no possible way I can respond to all these different people because the answer is so long,” Stanley said. “So this book is my answer to that question; it’s for every person who has ever wanted to ask me or who in the future would want to ask me.”

Many people do not feel a connection with the way yoga is portrayed in the West, where practitioners are represented as majority white with stereotypically thin, athletic body types, said Stanley; what can help though, is seeing and learning from people who set new and diverse examples of what yoga practice can be.

“I think that it is really important for people who are comfortable with themselves and who are really living in their practices and walking their path to share that experience with other people because you can’t really do it through social media, which is such a superficial and narcissistic medium. It’s like you’re being graded by other people on every image you post,” she added.

There is a frankness that must be expressed in order for people to truly understand the practice, said Stanley, who proclaims herself a “fat femme.” This book is her opportunity to do that.

This year, Stanley will visit 20 or more cities on her Every Body Yoga book tour, including stops at the Wisdom 2.0 conference in San Francisco and SXSW in Austin, where she will appear in conversation with other body positive and fat positive advocates.

“I think that it can be very life-changing to see people living in their truth and I hope to encourage other people to do that,” said Stanley. “I’m looking forward to interacting with people who really get something from it and really feel like they can see themselves in my story. Especially when I’m on tour with the book, they’ll be able to actually see me and see that I am the person on the page.”

Although there is no substitute for private yoga practice, Stanley said, some offices and work environments have seen benefits from introducing the opportunity to practice yoga to their staff. Stanley said that doing yoga could be worthwhile for bookstore staffs as a teamwork or team-building exercise that incorporates physical strength and stretching, for example.

“Yoga is, ultimately, a private practice so whatever experience you’re having is your own experience, but even with that, whenever you do it with other people, you share an energetic bond with them,” she said. “I think it can only be beneficial, especially in situations where there are only a few employees or you have to work very tightly together in a team environment.”

Adding that component, she said, can allow employees at bookstores or any other workplace to not just verbally, but energetically communicate better with each other.

Stanley’s advice for anyone who would like to try yoga but is intimidated by the prospect is to be willing to cast aside the hobbling belief that identity, as it relates to weight, age, or ability, is everything. Once Stanley was able to do that, she uncovered worlds of opportunity. As a teacher, Stanley said she hopes to open up that possibility for others.

“I think that the biggest issue overall is that we overemphasize the importance of the condition of our bodies so that, if you are fat, if you are old, if you have a disability, if you are a diabetic, whatever it is, then that issue becomes your entire identity so that it’s difficult to understand your potential, not as an athlete, not as a yoga practitioner, but as a human being,” Stanley said. “So much of why I was apprehensive about practicing yoga at first was because of how I felt my body could perform based on what I’d seen it do in the past. The reality is that I had no idea of my body’s potential. I didn’t understand that there was so much strength in me that was lying literally just beneath the surface.”