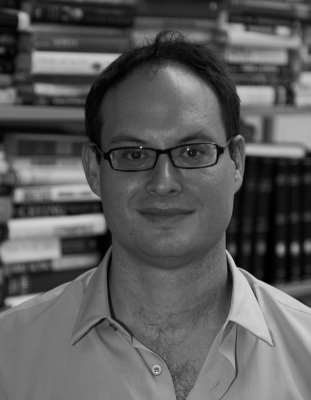 His article “Amazon Must Be Stopped” — in which he argued that Amazon’s monopolistic actions needed to be addressed by a robust regulatory state — garnered a tremendous reaction from readers, and the responses have been “fairly polarized,” Foer told Bookselling This Week in a recent phone interview.

While many praised his article (retweets ranging from food author Michael Pollan to Senior Fellow at Stanford University Francis Fukuyama), there were others who criticized the piece, Foer explained, specifically referencing New York Times columnist Joe Nocera (“Amazon Plays Rough. So What?”), Matthew Yglesias (in a blog posting on Vox.com), and Annie Lowry (in New York magazine).

“The thing that surprises me is that one of the big criticisms is that I didn’t precisely define Amazon as a monopoly,” Foer said, “but everybody who makes that claim against me concedes in passing that it is a monopoly in the bookselling business. And what I don’t understand is why people don’t consider its monopoly in bookselling the most troubling monopoly it could possibly achieve. I think that there are a lot of people who are kind of whistling past that crucial data point.”

Aside from the clear First Amendment issues inherent in any kind of bookselling monopoly, Foer also stressed how Amazon’s dominant market position has resulted in a diminishing diversity in the publishing industry. “How many publishers exist now? There are the big five,” he said, and he noted his belief that there exists in the industry a lot of “false diversity — we see all these imprints that make it look like there are all sorts of people who are nurturing ideas in literature, but, in fact, there are quite few.” As Amazon continues to grow in power, the danger is that book publishers will continue to consolidate, he explained, and there will be fewer publishers offering authors necessary advances and publishing books.

To those who may argue that companies such as Amazon are simply examples of ongoing business evolution, Foer admitted that he “admires Amazon for a lot of its creative destruction,” including the speed at which they can deliver to consumers some “pretty esoteric texts.”

Also troubling to Foer is how Amazon has used its size and power to evade paying sales tax in states, where it often works out deals to delay collection and remittance for a period of time in exchange for opening warehouses. In the meantime, competitors are forced to collect, putting them at a distinct disadvantage. “I think in some ways, that’s an even more immediate issue for us to tackle,” Foer stated. “The bigness question, I think, is a very important one, morally … politically, for us to engage with, but the sales tax question is kind of immediate and practical and not unrelated to the questions of bigness.”

Despite the troubling trends inherent in Amazon’s unchecked growth, Foer believes the likelihood that the U.S. Department of Justice will act is “exceedingly low. The problem is that our antitrust laws have been emaciated over time to the point where they are simply hard to enforce,” he said, noting that it is unlikely that the Justice Department could bring a case that would survive the court’s conservative interpretation of antitrust laws. “I think the practices are troubling enough that the government should do some nosing around,” he said. “What is discouraging is that it doesn’t seem like the government has made much of an effort to even have the discussion.”

And while in his article Foer called for a robust regulatory state to solve the Amazon question, he said, “I’m admittedly short on solutions here. I think that our antitrust laws need a lot of rethinking by people who are more skilled as economists and lawyers than I am. So I don’t profess to have a brilliant solution — I just come with the conviction that there is a need to collectively grope towards one.”