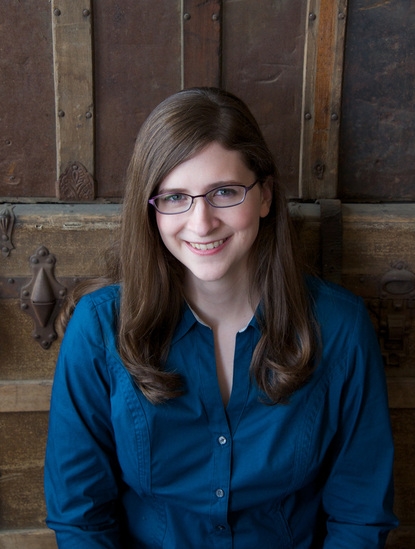 S.M. Hulse is the author of Black River (Houghton Mifflin), a Winter/Spring 2015 Indies Introduce pick for adults. She received her M.F.A. from the University of Oregon and was a fiction fellow at the University of Wisconsin-Madison. Her stories have appeared in Willow Springs, Witness, and Salamander. Hulse lives in Spokane, Washington.

Black River tells the story of Wes Carver, recently widowed and facing the release of the convict who held him hostage during a violent prison riot 20 years ago. “S.M. Hulse has written a wonderful novel that weaves together classic Western themes of family, obligation, love, anger, forgiveness, and music,” said Luisa Smith of Book Passage in Corte Madera, California. “Wes is confronted by all he has lost in this powerful story, and yet, in the end, this is a story of how he finds himself again.”

Was there a singular event that inspired Black River, or did the idea for the story develop slowly? 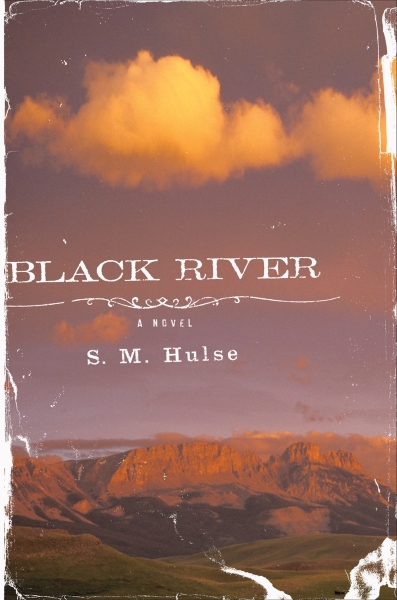 S.M. Hulse: A bit of both. I read about a riot that had taken place at the Montana State Prison in the 1950s, and I started thinking about what it might be like to not only be involved in such a violent, dramatic incident, but also to live with the aftermath for years afterward. I knew early on that I wanted to write about a prison riot (though mine is fictional, and takes place in 1992) and the ways in which the aftereffects of the riot reverberate not only through a single corrections officer’s life but also through the lives of others in the community. Other key elements of the story — including the fact that my protagonist, Wes Carver, was a fiddler whose ability to play was destroyed during the riot — came a bit later.

How did you go about researching prison life? What challenges did you face in either your research or the portrayal of prisoners and corrections officers?

SMH: I did a great deal of reading about prison life in general, and about the professional and personal lives of corrections officers in particular. I read interviews with corrections officers who had been held hostage in prison riots throughout the U.S., and I also spent time reading online forums for corrections officers, which provided me with a broad overview of the kinds of challenges faced by officers working in different facilities and communities, as well as the broad range of feelings they have about their work.

The biggest challenge in portraying the inmates and corrections officers in the novel was the fact that Wes holds an intensely negative view of inmates as a whole (albeit with good reason). The characters of Scott and Molly, who have moved to Black River to be close to an incarcerated relative, allowed me to explore some of the other realities surrounding the lives of those affected by the prison system.

You’ve lived all over the western U.S. What about Montana offered the perfect setting for Black River?

SMH: I love the American West, and I love Western literature, so I always knew Black River would be set in the West. I lived in Montana for a number of years and, like many others, fell immediately and irrevocably in love with it. That said, there are a number of mythologies and stereotypes surrounding the West in general and Montana in particular — some well-deserved, others less so — and I was interested in exploring the ways in which the legacies of some of those mythologies might play out in an individual’s life. Wes, for example, is in many senses a quintessential Montana man — stoic, laconic, a believer in taking care of things himself — but those traits don’t always serve him well, and it’s debatable to what extent those traits are intrinsic as opposed to the result of cultural and societal expectations. I was also struck by the contrast between the large-scale, dramatic landscapes of western Montana and the confined spaces of the prison.

Like your main character, you are also a fiddler. Can you tell us a little about how you got started and what you love about the fiddle?

SMH: I actually learned to play the fiddle while writing Black River. I played the viola for a few years as a kid — musicians will be familiar with the disparaging “viola jokes” told backstage at any orchestra, and I’m afraid I exemplified most of them — but I hadn’t played any instrument for years. I was listening to a lot of old-time and bluegrass music while working on the first draft of Black River, but the music was such an important element of the novel that I wanted to learn more, so I bought a fiddle and started taking lessons. I quickly discovered that learning by ear suited me much better than reading sheet music had, and I still play today. I love the fiddle for its versatility — it can be used to make so many different kinds of music! I mostly play old-time, but I’ve also learned tunes from Irish, Scottish, Norwegian, Cajun, and mariachi traditions, among others, and I enjoy listening to classical violinists. I’m nowhere near as talented a fiddler as my characters, but that’s another thing I love about the fiddle — its music is meant for everyone.

Not only was your debut selected for Indies Introduce, but Pete Mulvihill at Green Apple Books in San Francisco has compared Black River to Marilynne Robinson’s Gilead and author Daniel Woodrell gave it a glowing review. How has it felt receiving so much positive attention for your first novel?

SMH: I’ve been very honored by the praise Black River has received. I wrote a book I’m proud of and was fortunate enough to find it a home with a publisher I love, and I was quite satisfied with that. For Black River to also receive the positive attention it has is the icing on the cake, and I’m grateful to everyone who has taken the time to read the book and share their opinions about it.

SMH: Yes, I have a second novel under contract with Houghton Mifflin Harcourt. I prefer to keep my works-in-progress close to the vest, because so much changes during the writing process, but the novel I’m working on now is also set in western Montana, though in a different town and with all new characters.

What advice do you have for beginning writers?

SMH: It’s hard to argue with the classic “read a lot and write a lot.” Patience is vital, too; there are no shortcuts to becoming a better writer. Persistence, because all writers encounter roadblocks and rejection. I also think it is essential for writers to develop the ability to evaluate not only their own work but criticism of their work as well. You must be able to acknowledge the shortcomings in your own writing and be willing to make changes based on feedback, absolutely, but it’s also important to know your own strengths and revise with purpose, not blindly. You know what story you want to tell; work hard until you’ve told it.

Thank you for putting the IndieBound buy button first on your website! When you travel, do you often stop at bookstores? Any particular indies make a lasting impression?

SMH: I love independent bookstores, and I’ve been introduced to many wonderful titles because they were displayed or highlighted at an independent bookstore, or because a bookseller recommended them. I’m fortunate to be visiting many of my favorite Northwest bookstores on the Black River tour: Auntie’s Bookstore in my hometown of Spokane, Washington; Fact & Fiction in Missoula, Montana; BookPeople of Moscow, Idaho; The Elliott Bay Book Company in Seattle, Washington; Powell’s in Portland, Oregon; and Tsunami Books in Eugene, Oregon. I also have a few New England favorites: I discovered the delightful Odyssey Bookshop in South Hadley, Massachusetts, when they selected Black River for their First Editions Club, and I’ve enjoyed spending time at Bellabooks and Left Bank Books in Belfast, Maine.

If you could invite three authors (from the past or present) to a dinner party, who would they be? What do you think would be the topic of conversation?

SMH: I could answer this question at least a thousand different ways (and I’ve changed my answer a half-dozen times), but let’s say Willa Cather, Marilynne Robinson, and Thomas Savage. I don’t know what we’d talk about — I’d mostly listen — but perhaps we’d discuss place and landscape and the ways in which they shape people (and vice versa). I’d like to talk music with Cather, religion with Robinson, and Montana with Savage.