A Q&A With Cynthia D’Aprix Sweeney, Author of April’s #1 Indie Next List Pick

Independent booksellers have chosen Cynthia D’Aprix Sweeney’s The Nest (Ecco) as the number one Indie Next List pick for April. 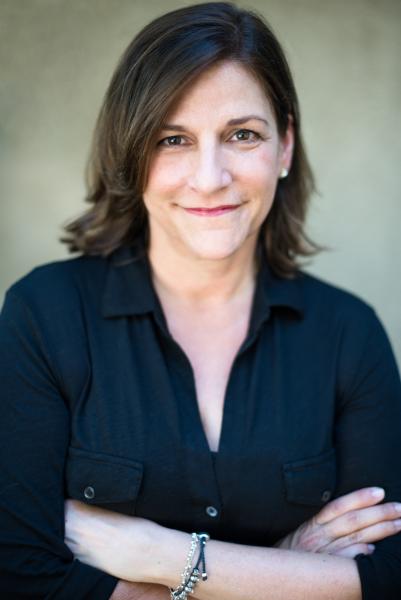 Sweeney’s debut novel concerns the lives of the dysfunctional Plumb family, four quasi-estranged adult siblings — Leo, Bea, Jack, and Melody — who are waiting for their joint trust fund, which they’ve nicknamed The Nest, to become active. Each is counting on it to rescue them from their respective financial predicaments. But when Leo, the narcissistic eldest brother, injures himself and a 19-year-old waitress in a car accident and puts ‘The Nest” at risk, the Plumbs are forced to work together to shore up their now-tenuous futures.

Jennifer Oleinik of University Book Store in Seattle, Washington, said Sweeney’s writing “artfully touches on each family member as they scramble to save the precarious lives they have built for themselves, bringing light and humor to her characters’ various plights.” The Nest is a must-read,” Oleinik said, that is “funny, thoughtful, and filled with unique and complex characters.”

Bookselling This Week spoke with Sweeney about her inspiration for the book, her quirky cast of characters, and her love for independent bookstores. 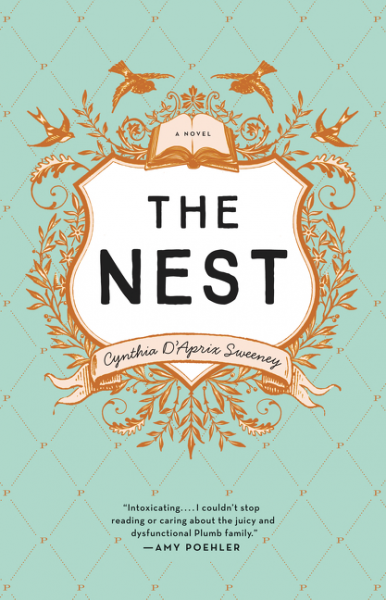 Bookselling This Week: How did the idea for The Nest come to you?

Cynthia D’Aprix Sweeney: I grew up in a very Irish and Italian Catholic environment and everyone around me had lots of siblings. I’m fascinated by adult sibling relationships because they just become increasingly more complicated, and knew I wanted to write a story about adult siblings. I was walking to a family brunch in Manhattan one October weekend and noticed all the people sitting in restaurant windows having their brunch cocktails. It felt like there was a brunch place on every corner. A visual popped into my head about family members who were meeting for lunch and wanted to have a drink first, but didn’t want to have a drink with each other. The image really stuck with me and I decided to try writing a story with that as the opening scene. So I started to ask myself who those people were, why they needed a drink before they got together, why they couldn’t drink in front of one another, and why they were upset with one another. Once I started answering those questions, the story took on a life that I could follow.

BTW: Can this book be read, in part, as commentary on modern America’s hang-ups regarding class and money? On the nature of family bonds?

CDS: “Commentary” is a word that makes me a little nervous because it implies authorial intent to send a message, which isn’t ever how I approach fiction writing. I’m interested in telling a good story and hope the reader takes away something valuable, but that’s a transaction that happens between the book and the reader. I definitely wanted to write about siblings who were in peril and who were not functioning well either as individuals or as a group. Money — and class, because those two are often inseparable — was the fictional device I chose to apply pressure to these people and see how they reacted.

BTW: Leo Plumb is an intriguing character whose morally questionable actions as they affect all of the Plumbs are likely to spark discussion among readers. What questions did writing Leo’s character raise for you?

CDS: Pretty much the only question I had while writing Leo was how far I could take his bad behavior and not make him a caricature. I wanted him to be a very believable narcissist.

BTW: Did you draw on your own experience as a writer to develop the character of struggling author Bea?

CDS: No, my experience writing fiction doesn’t mirror Bea’s in any way. I have been a longtime observer of the New York City publishing and literary world because it interests me and always has, so I had done a lot of research, often unintentionally and long before the book was a glimmer in my eye, that I used to flesh out Bea and her experiences.

BTW: In what ways will The Nest connect with readers?

CDS: I think the book will connect with readers because, although it’s about money on the surface, it is really about the one thing we all inherit just by being born: our place in a family narrative. We are all born into a story that we have little control over, including who the other characters in the story are and what part we’re assigned. We just become the youngest, the oldest, the smart one, the funny one. And I believe that all of us, to differing degrees, eventually have to reconcile the story we inherit with the one we want to write for ourselves. I think that’s the true struggle at the heart of this book.

BTW: Have independent bookstores been a meaningful part of your life? Do you plan to visit many on tour? Do you have a favorite bookstore in your local area?

CDS: I have always been an avid reader and lover of bookstores, especially small neighborhood independents. Wherever I travel in the world, I seek out the nearest bookstore and plant myself there. The creation of coffee shops in bookstores thrills me, because I can spend hours in one of my favorite places. I am delighted to say that I’m visiting many on my book tour. My launch on March 22 was at Greenlight Bookstore in Brooklyn, and that was a thrill.

I live in Los Angeles and am a frequent customer at Skylight Books, which I can walk to (and was one of the things I loved about my house when we first saw it!), and Book Soup and The Last Bookstore.