Prime Numbers: Amazon and American Communities, a new report from the American Booksellers Association (ABA) and Civic Economics reveals the continuing — and increasing — loss of jobs and essential state and municipal revenue as a result of the growing retail dominance of Amazon.com. Civic Economics estimates that Amazon’s total retail sales in the U.S. in 2016 exceeded $130 billion and represent 44,000 empty storefronts and 637,000 displaced retail workers, only minimally offset by Amazon’s employment in distribution facilities. The report additionally estimates that 2016 sales facilitated by Amazon's third-party Marketplace account for as much as $5 billion in uncollected state and local sales taxes, resulting in shortfalls that leave states, cities, and towns scrambling to fund schools, first responders, infrastructure, and other services.

Booksellers can take action to urge their legislators to require Amazon — and other third-party marketplaces — to collect and remit sales tax on third-party sales using template letters found in the Advocacy Action Kit. 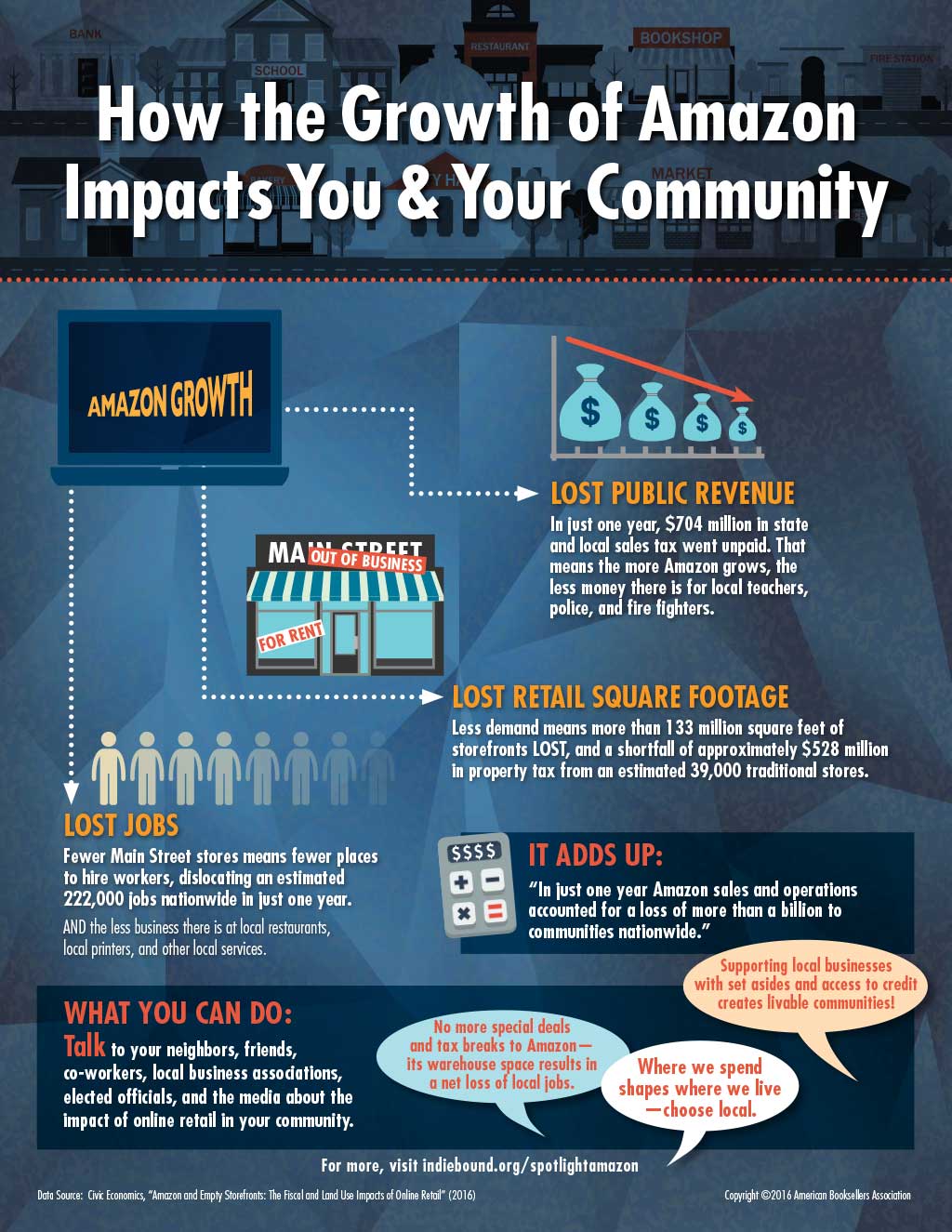 A selection of readings and resources.

Amazon and Empty Storefronts: The Fiscal and Land Use Impacts of Online Retail ((Civic Economics, 2016)

Amazon and the Book Industry

Amazon as an Employer — Working Conditions

The Growth of Amazon and the Impact on Communities (ABA, 2016)

Before You Click on Amazon... (Institute for Local Self-Reliance, 2015)