The E.B. White Read Aloud Awards, established in 2004, honor books that reflect the universal read aloud standards that were created by the work of the author E.B. White in his classic books for children: Charlotte’s Web, Stuart Little, and The Trumpet of the Swan. In the first two years of the award, a single book was selected. In 2006, in recognition of the fact that reading aloud is a pleasure at any age, the award was expanded into two categories: Picture Books, and Older Readers. Books are nominated for their universal appeal as “terrific” books to read aloud. 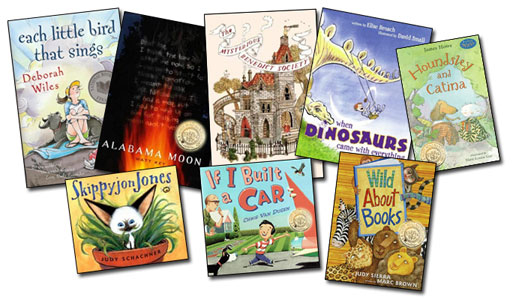 Each year in January, ABC Group store members nominate a list of new books (published the previous year) that they believe most embody the ideal of a good “Read Aloud.” Stores are allowed to put in more than one nomination, and are encouraged to get their employees involved in the nomination process.

Ideally, a nominated title should be the favorite book to recommend to a customer who asks the question, “Can you suggest something that my family and I can read together?” Store members are also asked to consider books that they love, and believe deserve to be singled out for greater critical and media attention.

The ABC Group takes a broad approach to the notion of when and where books can be read aloud. Often times, nominated picture book titles have been successfully used by the booksellers for storytimes in the store. In the case of chapter books, booksellers recommend books they have read and loved, have shared with their families, or have recommended for use in the classroom or library.

Possible criteria for a great “Read Aloud” title include dynamic writing, engaging themes, and universal appeal. In the case of picture books, the relationship between writing and illustration should be strong, and the structure of the book should build an enjoyable sense of anticipation.

The nominations are then given to a committee of ABC booksellers from across the country, headed by a member of the ABC board, who select a short list of four books in each category. Then ABC Booksellers vote online to pick a winner, and the results are sealed until Book Expo America.  In the case where a book is created by both an author and an illustrator, both artists are nominated. 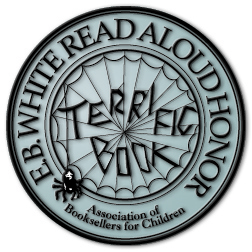 The shortlist is announced annually in April, and the actual awards (a crystal book engraved with the medal seal and the book title, recipient's name, and year) is presented live at the ABC’s annual gala, held during BEA. The six shortlist books that remain receive E.B. White Read Aloud Honors.

How do I submit my books for consideration?

Because the E.B. White nominations come from booksellers, there is no direct way to submit a title for consideration. If you have a relationship with an ABC Group bookseller member, you could ask them to nominate the book, but it’s entirely up to them if they want to or not.

How many people sit on the committee, and how are they chosen?

Why are have there been no YA titles in the winners?

YA titles have been nominated, but they have never been chosen. The 2008 committee had an extensive discussion about this, and came to the conclusion that many YA books, although eminently worthy, do not lend themselves to reading aloud to a mixed age group. Also, teens often use literature to work through deeply personal issues and many of these books are meant to be read privately. The audience for whom they are meant would not want to read them aloud in most cases. YA books that are nominated will always be considered, but the parameters of the award and the nature of YA fiction make it much less likely that a YA book will be chosen.

Are there any other guidelines that have been laid down?
In 2009, the committee also established the following guidelines:

A great Read Aloud should:

Is poetry ever considered?

Yes, although it hasn’t won yet. We’re sure it will win in future years.

Where do Early Readers fit into the categories?

One of the 2006 winners, Houndsley and Catina, was an Early Reader, and the decision was made to place it in the Picture Book category because of the integral relationship between text and artwork. These books will be decided on a case-by-case basis.

Will you ever consider a new edition of a book whose author is dead?

No. Through the committee process it was decided to give the award only to living authors.

I am a publisher, and one of my books won! How can I purchase E. B. White Award seals for the cover?

If you need seals for a current or former E. B. White Award Winner or Honor Book, please contact Gen de Botton at gen@bookweb.org.