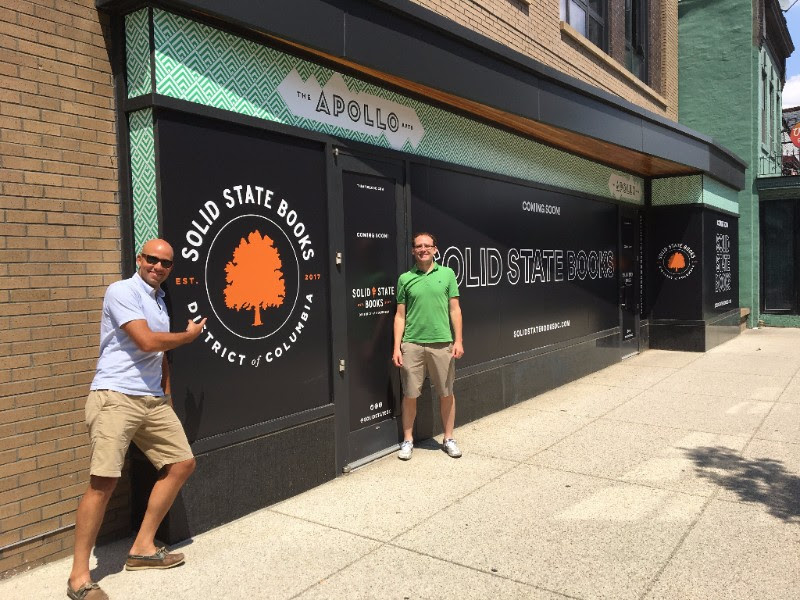 Washington, D.C., bookstore Solid State will open in The Apollo, which is located on H Street, near Whole Foods, a WeWork location, a vegan restaurant, a bike shop, and a coffee and cocktail bar.

“We couldn’t be more excited to join this slate of outstanding and locally oriented businesses in creating what should be one of the most exciting blocks in the District,” Solid State owners Jake Cumsky-Whitlock and Scott Abel said in a recent newsletter.

On September 16, Solid State will set up a booth featuring bookstore swag and giveaways in front of the store for the H Street Festival.

Argos Brewhouse & Bookseller opened in Sweetwater, Texas, on September 4. The bookstore is owned by Rod Wetsel, Jeff Allen, and Jared Houze, who, according to the bookstore’s website, “agreed that Sweetwater needed a place like Argos,” which will embody the traditional “public house” philosophy that welcomes all.

Ahead of the store’s official opening, the owners welcomed customers in for sneak previews, including on September 2, when a portion of all book and drink sales were set aside for Hurricane Harvey relief efforts.

Amanda and Anthony Stromoski are planning to open Rough Draft Bar & Books in Kingston, New York, this fall, reported the Daily Freeman. The bookstore, located in the former Kingston Academy building, will feature craft beer, wine, and cider in addition to new books, with an emphasis on fiction, paperbacks, and books with local interest.

The Stromoskis, who hail from New Jersey, recently moved to Kingston after visiting the Hudson Valley a number of times. “We appreciated the history of the town, the architecture, the proximity to the mountains, the growing restaurant, bar, and art scene, and, most importantly, the people,” they told the Daily Freeman. “We want to combine some of our favorite things — beer, coffee, and books — in one space, while providing a place for people to come together as well.”

Nashville’s Parnassus Books has partnered with Hudson Group to open a new store at Nashville International Airport. The new co-branded location, which is still undergoing finishing touches but is open to customers, is located at the intersection of Concourses A and B.

“As someone who spends about a third of my life in the Nashville airport, I’ve had a lot of time to dream about a branch of Parnassus Books on the concourse,” said Parnassus co-owner Ann Patchett. “There are few things I hate as much as not having the right book for the plane. With Parnassus in the airport, no Nashville traveler will have to worry about not having something great to read.”

“The airport store will be stocked with the latest fiction and nonfiction releases, a wide range of bestsellers and favorites, plus local and regional titles and staff recommendations,” said Parnassus co-owner Karen Hayes. 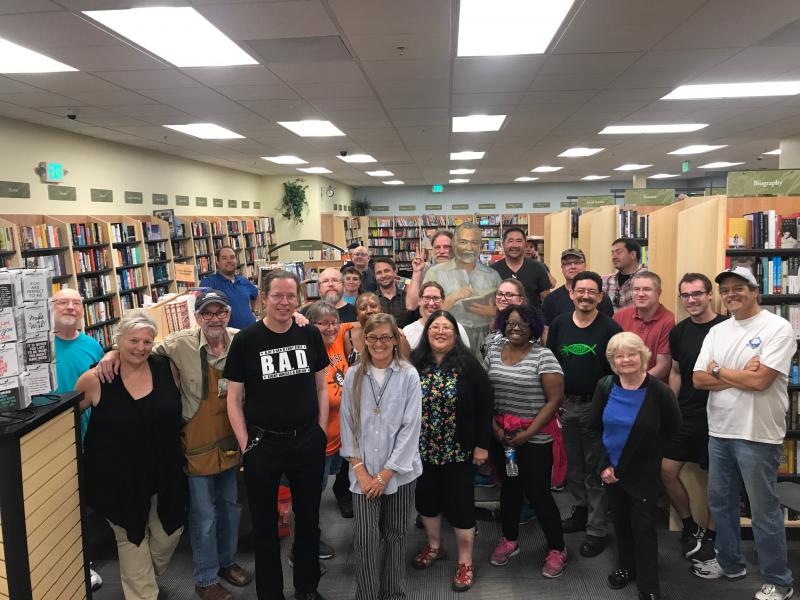 The 4,000-square-foot location is larger than the previous store and features a bigger children’s section.

Next spring, Books Inc. will open a new store in Silicon Valley, in the Pruneyard Center in Campbell.

Avid Bookshop, which has two locations in Athens, Georgia, has announced a series of staff changes. Since opening in 2011 with a staff of three, Avid, owned by Janet Geddis, now has 23 employees. Caleb Huett is the manager of the Five Points store, while Elizabeth Willis is the Prince Avenue shop manager.