Brick & Mortar Books in Redmond, Washington, opened its doors on Tuesday, June 6, a welcome sight for a neighborhood that lost a popular Borders location in 2011.

Ullom’s partners in this endeavor are his parents, Tina Ullom, a former children’s librarian, and John Ullom, an environmental business consultant. Dan Ullom taught third and fourth grade in the area for about 15 years prior to opening the bookstore.

“Two-thirds of our team have that passion for promoting literacy in children, but on the other hand we’re a big enough store to be general interest,” he said. “Our film section is a little bit bigger than you’d find at most bookstores, but we also have the typical things, like biography, history, math, and science, and a couple shelves’ worth of cookbooks.”

For 20 years, the Ulloms have lived in the city of Redmond, a large technology hub located 20 minutes from Seattle that is home to headquarters for Microsoft and Nintendo. People there were disappointed when Borders left the city, said Ullom, and have greatly missed having a bookstore that sells new books in their community. 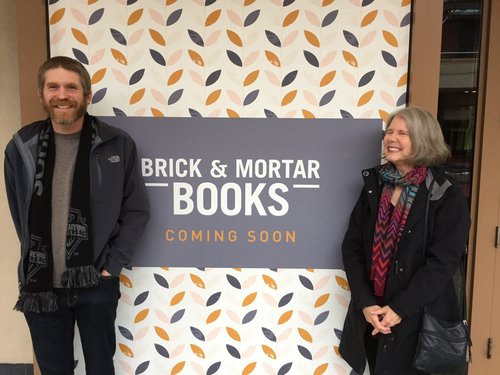 The idea to open an independent bookstore came about when Ullom and his parents read a 2015 article in the New York Times about children’s author Jeff Kinney, creator of the wildly popular Diary of a Wimpy Kid series (Abrams), opening a bookstore in Massachusetts. When Dan’s mother sent him the article, the die was cast, Ullom said.

“I think all of our hearts were in bookselling. We all had the dream to open a bookstore,” said Ullom, but the Times article really set things into motion.

The store’s grand opening on Friday, June 23, will feature an appearance by Tacoma, Washington-based YA author Marissa Meyer, author of Cinder (Square Fish) and Heartless (Feiwel & Friends), said Ullom. The New York Times bestselling author and her husband, who were also inspired by the Jeff Kinney article to make plans to open an indie bookstore, had purchased the brickandmortarbooks.com domain; when Ullom contacted them about buying it, they gave him the URL for free, he said.

Currently the store employs seven part-time staff members, including an author and two booksellers who have previously managed bookstores. The store’s location is in Redmond Town Center, a large, outdoor, upscale mall that includes a movie theater and multiple restaurants. Ullom said that one day, as a test, he counted about 220 people walking by during a 20-minute span. 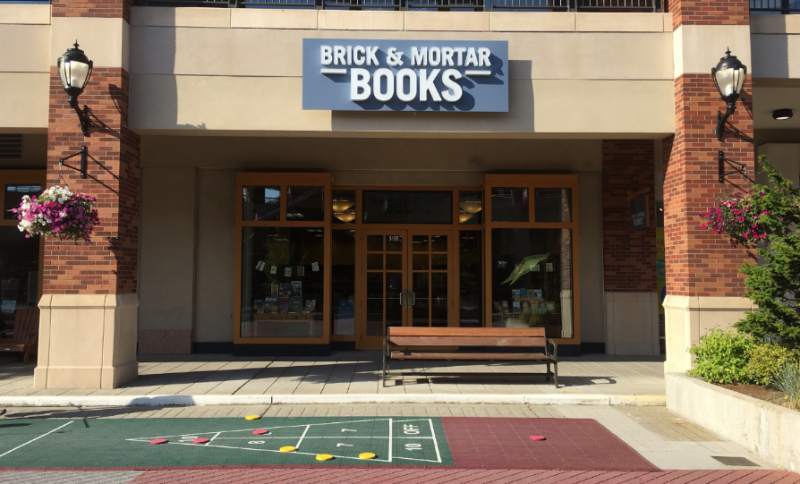 “On sunny days, the foot traffic is incredible. We’ve already sold over 1,000 books in our first week; it’s a good feeling because we didn’t even have to announce anything,” said Ullom, who added that people have been coming to the door and giving him the thumbs up and clapping. “I don’t think if we were opening a coffee shop or a clothing store we would have the same excitement. I think this is something that is really dear to the core of who people are, at least in this community.”

Ullom said it’s been an interesting experience to open a brick-and-mortar bookstore in such a tech-heavy community. When he told a friend who works in the tech field that he had planned to open a physical bookstore, the response he got was an incredulous one. Ullom said that attitude is reflective of many people in the tech sector, who think that brick-and-mortar operations are always at a disadvantage.

“Up here, everyone automictically assumes that if you’re doing something new or a start-up or something kind of creative, it’s going to be on the Internet in some way,” said Ullom. “That’s how tech people in Washington think of anything that is new: they think of anything brick and mortar as being so old-timey.”

In August 2016, Ullom and his parents participated in the Paz & Associates “Opening a Bookstore” workshop retreat in Franklin, Massachusetts, where they got a chance to visit An Unlikely Story, Kinney’s bookstore in nearby Plainville, and thank him for inspiring their journey.

Since then, Ullom has gone on to ask a variety of local booksellers for their advice, including retired Village Books co-owner Chuck Robinson and Phinney Books owner Tom Nissley. Four or five of the booksellers he spoke to have also volunteered to help out, with one employee from The Elliott Bay Book Company offering to take a day off from work to volunteer at the store’s grand opening.

“I’m not sure how it is across America, but I’m really thankful for all of the booksellers who are out here in Washington because, I swear, you tell another bookseller you are opening a store and they just want to help out in any way they can,” said Ullom. “It feels good to be part of a community that cares about each other.”