More than 150 writers from 30 countries will gather in New York City from April 25 to May 1 at the 12th Annual PEN World Voices Festival of International Literature, where the theme this year is Mexico. The 2016 event will provide attendees with the chance to meet the creative voices shaping Mexico’s literary culture, and to rethink the stories of migration, border, and national identity through the illuminating lens offered by writers and artists. 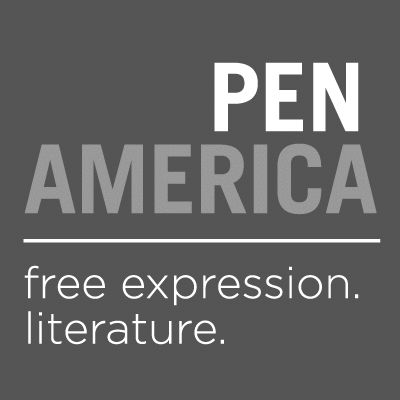 In addition to Mexico-themed programming, the festival offers a globally inspired array of conversations, readings, performances, and workshops, featuring rare New York appearances by leading and emerging authors from around the globe.

Booksellers and their customers can get up to 20 percent off admission to most events at the 2016 festival, including the panels Women of Mexico and Reckoning Mexico, which both feature Valeria Luiselli, author of National Book Critics Circle Award-nominated The Story of My Teeth (Coffee House Press). This year’s program also presents conversations between Boris Akunin and Walter Mosley and between Barbara Goldsmith and Salman Rushdie, who founded the event in 2005 as a means to celebrate and promote international literature in the aftermath of the September 11 terrorist attacks.

Booksellers are invited to use the discount code WRITE2016 for online ticket orders and to share the code with their customers. A wide range of festival events are scheduled to take place in venues throughout the city, including debates, one-on-one conversations, readings, performances, participatory workshops, and panels.

“This year’s focus on Mexico allows us to present new perspectives on some of the urgent sociopolitical issues of our time — perspectives that are often absent from mainstream cultural forums,” said festival director Laszlo Jakab Orsós. “But this festival is not solely about understanding the realities of Mexican society and culture in all of its complexities. It is also about exploring the great well of imagination found in the country’s artistic life, as expressed through its fiction, poems, music, film, and art.”

Reflecting on his second festival as chairman, Tóibín said, “In the English-speaking world, as readers and writers, we have always had reason, especially in the past hundred years, to be excited and nourished by Mexican literary culture. The very names — Juan Rulfo, Carlos Fuentes, Octavio Paz, Elena Poniatowska — are enough to make clear how essential Mexican writing has been to the whole world. What is happening in Mexican letters now is very exciting, and it is a real pleasure to be involved in bringing to New York and North America the new voices, the ones who are making a difference now, whose names will soon be etched on our shared culture, no matter where we are from.”