Amy Liptrot is the author of the Winter/Spring 2017 Indies Introduce debut The Outrun (W.W. Norton), which was first published in the U.K. in 2016, where it received the Wainright Prize and was shortlisted for the Wellcome Book Prize.

Darwin Ellis of Books on the Common in Ridgefield, Connecticut, who served on the Indies Introduce Adult debut committee, said that Liptrot’s memoir transported him to Scotland’s Orkney Islands and showed him the incomprehensible depths of alcoholism.

“This stunningly written journal of recovery is by a young, island-raised woman who couldn’t wait to get off to the big city and bright lights, but found that she couldn’t handle it,” added Ellis. “Despite the reasons for her descent into alcoholism, her method of recovery — self-banishment to barely inhabited islands filled with the charms of nature, geology, and archaeology — seems to have worked for her.”

Here, Ellis talks with Liptrot about her book and her life on Orkney. 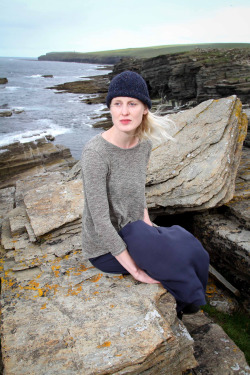 Darwin Ellis: The opening of your deeply personal book reads like a novel. Not until some considerable time has been spent following the narrative does it begin to dawn on the reader that it is, in fact, a memoir. Did you consider writing a novel based loosely on your own experiences rather than baring your soul, as you have done in this inspiring work?

Amy Liptrot: Yes, I started to write a (highly autobiographical, first) novel in 2009, when I was still drinking. It only got to a few thousand scrappy words but I did keep the manuscript and actually retained some parts and fictionalized them for The Outrun. However, as my writing background is in journalism and diary writing, it made more sense for me to work in nonfiction. It would take me a lot more practice to get good at fiction!

DE: At 18, you couldn’t wait to leave Orkney to find the “hot pulse of the city.” Did you not feel part of the islands, despite having been born there? Do you feel more a part of the community now that you have returned? Do you credit Orkney with your recovery?

AL: I initially left to study and because I thought my future life would lie elsewhere, but I think the fact that I didn’t have extended family ties and heritage in Orkney made it easier to leave and to not imagine myself returning. Returning to live and work there as an adult was healing. I realized that you can, to some extent, choose where you belong, and if you are willing to be part of the community, it will welcome you. I feel very lucky to come from a place with such a strong identity and rich history and natural world. Coming to realize that was tied in with how my attitude changed in recovery, and kept me sober. 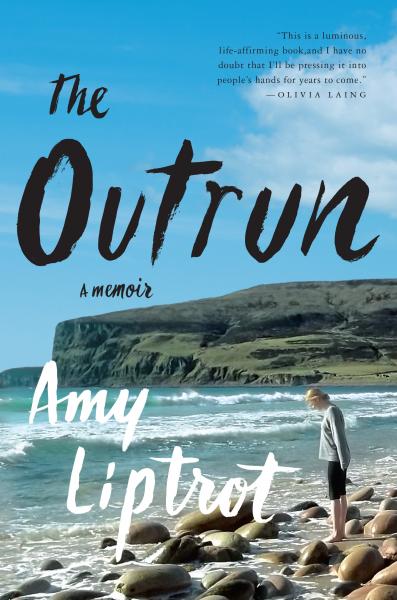 DE: The Neolithic sites on the islands seem to hold some special magic for you now. Can you relate to how you felt about them when you were a teenager?

AL: The farm where I grew up in Orkney overlooks the world-famous Stone Age village of Skara Brae, which is visited by thousands of tourists every year. I felt proud of this as a kid, like by living close by we had some ownership of the place. However, as we were used to walking onto the site without paying and climbing around in the houses, I felt irritated when the ticketing and access rules became stricter (although on winter evenings I can still get in). I like the idea that the standing stones and chambered tombs can still be part of life — for teenage parties or romance — rather than simply an exhibit. The ancient stone sites are in me.

DE: Like the work you did repairing stone walls, what are other important activities you engaged in on your return to Orkney that helped you put yourself back together?

AL: A turning point came for me when I was about a year sober and — somewhat unexpectedly — got a job working for the Royal Society for the Protection of Birds as Orkney’s corncrake officer. The corncrake is an endangered bird, and I had to locate the calling males by going out at night and listening for their call. This job opened up a whole new area of interest for me and allowed me to reconnect with the place where I grew up, driving around the isles at night in the gloaming.

I also worked on the farm at lambing time and helped with surveys of rare flowers. I have found that working in the land is often more rewarding — particularly for writing about — than simply walking over it.

Sea swimming became — and continues to be — highly important to me. In many ways, it fulfills some of the same functions that drinking used to. It’s an effective form of stress release, a way to celebrate special occasions (such as my sobriety birthday on the spring equinox), and it’s a real buzz. I can’t get enough of the ‘cold water high’!

DE: Do you intend to stay in Orkney and make a permanent home there? Will you continue as a writer, and do you have a writing project in mind?

AL: Since I wrote The Outrun, I have lived in Berlin, London, and now in a small town in the north of England. Life continues to be surprising and complex and bittersweet and relentless and beautiful, and I write every day.

Learn more about the author at amyliptrot.tumblr.com.