Bianca Marais’ Hum If You Don’t Know the Words, a Summer/Fall 2017 Indies Introduce adult debut and a July Indie Next List pick, tells the connected stories of a young white girl and a black woman in 1970s South Africa.

“Hum If You Don’t Know the Words follows Robin, a young white girl whose parents are killed, and Beauty, a black woman who searches for her activist daughter in the aftermath of the Soweto uprising,” said Jamie Thomas, store and office manager at Women & Children First in Chicago and one of the panelists on the Indies Introduce bookseller panel that selected the novel. “Bianca Marais has written a crisp, clear-eyed story that doesn’t shy away from the racism and devastation of her home country’s apartheid history, while also showing the many forms that family and love can take.”

Marais is a South African writer currently residing in Toronto, where she earned a creative writing certificate from the University of Toronto’s School of Continuing Studies. Hum If You Don’t Know the Words was chosen as a top summer read by Bookish and Good Housekeeping and a selected read by the New York Post.

Thomas and Marais met last month during ABA’s “Booksellers Present Indies Introduce Authors” event at BookExpo. Here, they discuss the ways Marais took care in creating the characters of Robin and Beauty, and how the author’s own experiences influenced the book.

Jamie Thomas: Like Robin, you are a white South African woman who was raised in part by a black caregiver. How much of the book is based on your own life, and how much research did you do about this period of your country’s history? 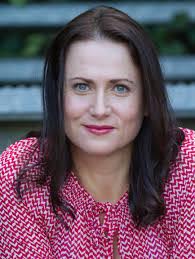 Bianca Marais: I was born in Johannesburg in 1976, and on the day of the Soweto Uprising — when over a hundred schoolchildren were killed by the South African police for peacefully protesting against the government — my care, as a five-month-old baby, had been entrusted to one of the very people the apartheid government had declared to be less than human: our black maid, Eunice.

She played a significant role in my upbringing and is still an integral part of my life, and it was my relationship with her as a child that inspired much of the interaction that happens between Robin and Beauty.

I had to do a lot of research to get the facts right about the Soweto Uprising and the draconian apartheid laws. When you grow up with that kind of systemic racism, it gets normalized and so you don’t question it as a child. It’s only when you’re older that you realize how brutal and dysfunctional the whole system was. Much of what I learned during the research phase shocked me.

JT: Your characters could have easily become archetypes — the precocious child and the burdened yet wise black woman — but you managed to make both Robin and Beauty into well-rounded people. How did you find their voices? Was it important to you to create realistic characters instead of tropes?

BM: Thank you so much for that; I really appreciate your saying so, because it was vitally important for me to not make them stereotypes, but to have them be their own people with their own personalities and issues that shape who they are.

Robin was tough to get right because she’s been raised in a racist environment, and after she loses her parents, she’s experiencing the kind of grief that’s way too big and overwhelming for her to process. Added to that, she desperately needs stability and wants to make herself useful to her aunt so that she isn’t taken away, but she’s also an inquisitive and funny child who is being forced to give up her childhood prematurely. I prefer likeable characters in novels — unpleasant ones are often difficult to connect with or relate to — but it was tough to make Robin likeable because even though she’s only a child, much of her worldview has been shaped by a racist and intolerant society. The reader has to put in some work to like Robin and to forgive her for her brattiness.

Beauty is a woman who has lost so much and tried so hard to create a world in which her children are safe and loved. She was educated and had a world opened to her that very few black women had access to in those days, and then she had it all taken away from her by apartheid. I hate it when I see black women on social media and in mainstream culture being told to ‘rise above’ abuse, racism, and sexism, because they should be allowed to rage and retaliate as much as anyone else does when they’re hurt or attacked. I wanted Beauty to be a flawed and damaged human being, not some saintly archetype. She has grace and dignity, but she is also someone who has to make conscious choices every day to stop herself from becoming bitter and allowing the system to scar her too deeply.

I spent close to 10 years volunteering in Soweto and other Johannesburg informal settlements, and I worked very closely with women who came from the same kind of background as Beauty. I learned so much through my interactions with them, which is why I think Beauty’s voice was so clear in my mind.

Having said all of that, when I did veer into stereotypical scenarios or portrayals, I was incredibly lucky to have members of my writing group, who critiqued the book throughout, call me on it and force me to do better. 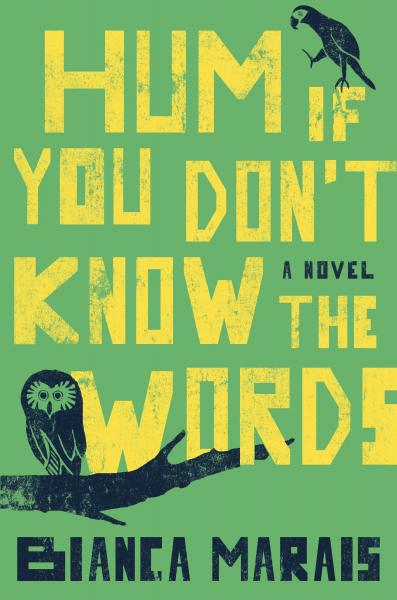 JT: Race and racism play a large part in the story, and you don’t shy away from some of the more offensive beliefs that would have been held by a nine-year-old white child and her peers in apartheid South Africa. In writing the book, what choices did you have to make when it came to presenting the intolerant positions of many of the white characters?

BM: I put off writing this book for the longest time because I knew that in order to do this story justice, I would have to take a very long and hard look at myself and the society I grew up in and portray that authentically, warts and all. I didn’t know that I could do it without changing the way I saw myself.

When I finally decided it was time to write it, I made a promise to myself that I would be unflinchingly honest about the racism that I was a part of. I wanted to show how normalized it was, but at the same time, how terrible and unforgivable day-to-day interactions were. If I wrote a scene and was in any way tempted to shy away from something, I forced myself to zone in on it even more and dig deeper.

And I was right: writing this book did change the way I saw myself, and I wouldn’t have had it any other way. I think that anyone who has any kind of racist or prejudiced beliefs needs to go through this exercise. The world would be a much better place if we acknowledged our privilege and allowed ourselves to feel shame, rather than trying to justify ourselves or living in denial.

JT: You wrote Beauty’s sections in the present tense and Robin’s in the past tense. What led you to that stylistic choice, and what do you think was gained by this decision?

BM: Robin’s voice immediately came to me in the first person past tense, and I felt comfortable writing her that way. Although the perspective that’s relayed is that of a child, Robin is actually telling her story from a point in the future when she’s an adult looking back on her life, and so the past tense gave her the ability to reflect back on her childhood with some wisdom and hindsight while still allowing her to relay her childish beliefs in a naïve way.

Beauty’s sections proved to be more challenging. I was so wary of writing Beauty at first, as I didn’t feel I was remotely qualified to write from a black woman’s perspective, and so I tiptoed around her narrative. Her chapters started off in the epistolary form, with everything she had to say being relayed in letters. For some reason, this made me feel like I’d removed myself from her and wasn’t being too presumptuous in writing her. I soon realized how ridiculous this was and that if I was going to give her a credible voice, I’d have to do it by approaching writing her with respect and humility, which would require researching her perspective as much as possible. Once I felt comfortable with that, I switched to the third person past tense, but that still didn’t feel right. Finally, I stuck with the first person present tense, which gave her narrative an immediacy I didn’t feel Robin’s chapters needed. I think the fact that the voices are in different tenses also helps the reader immediately know which character’s voice they’re reading so there’s never any confusion.

JT: There are very few well-known South African writers, and even fewer of those who are well-known are women. Who are some authors you would like to see gain a larger international audience?

BM: South Africa has a lot of amazing writers, many of whom just happen to be women. My contemporary favorites are: Mohale Mashigo (The Yearning); Yewande Omotoso (Bom Boy and The Woman Next Door); Penny Busetto (The Story of Anna P, as Told by Herself); Panashe Chigumadzi (Sweet Medicine); C.A. Davids (The Blacks of Cape Town); Lauren Liebenberg (The West Rand Jive Cats Boxing Club and The Voluptuous Delights of Peanut Butter and Jam); Nadia Davids (An Imperfect Blessing); Maire Fisher (Birdseye); Dominique Botha (False River); Carol Campbell (My Children Have Faces); Sally Andrew (Recipes for Love and Murder and The Satantic Mechanic); and Paige Nick and and J.T. Lawrence (both of whom have many wonderful titles out).

Find out more about the author at biancamarais.com.