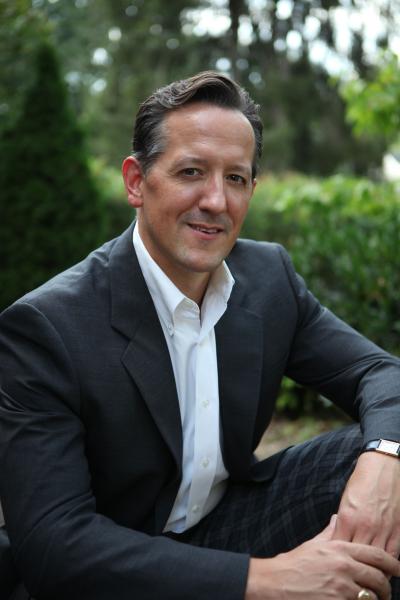 Ed Tarkington is the author of Only Love Can Break Your Heart (Algonquin Books), a Winter/Spring 2016 Indies Introduce debut title and a January 2016 Indie Next List pick.

Only Love Can Break Your Heart is “infused with the haunting melancholy of a Southern Gothic novel,” said Shirley Wells of Watermark Books & Café in Wichita, Kansas. “It is a suspenseful tale of heartbreak, betrayal, and timeless love. As eight-year-old Rocky attempts to sort out the strained relationships among his neighbors and in his own family, his older brother’s love of ’70s and ’80s rock ‘n’ roll helps both of them navigate life’s bumpy paths. This is, without a doubt, my favorite debut novel this spring!”

Tarkington earned his bachelor’s degree from Furman University, his master’s from the University of Virginia, and his Ph.D. from the creative writing program at Florida State. He is a frequent contributor to Chapter16.org and his articles, essays, and stories have appeared in Nashville Scene, Memphis’ Commercial Appeal, Post Road Magazine, the Pittsburgh Quarterly, and the Southeast Review. A native of central Virginia, Tarkington now lives in Nashville, Tennessee. 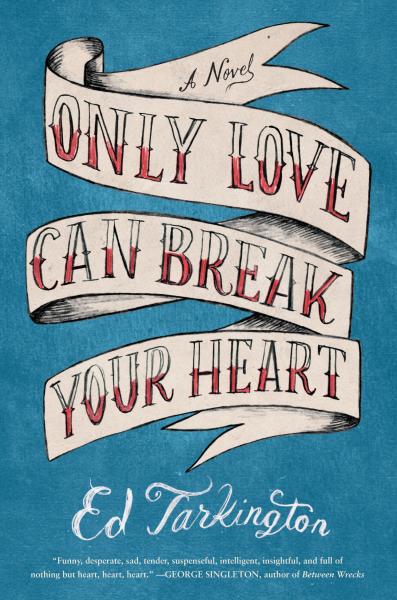 The title of your debut comes from a song on Neil Young’s album After the Gold Rush. What role did music play in inspiring your story?

Ed Tarkington: When I was about five years old, my half-sister introduced me to Neil Young and the Doobie Brothers. So rock ‘n’ roll got me early. Growing up in a small town in the late ’70s and ’80s, my friends and I latched onto rock music both as a means of constructing identity and of forming a connection to the wider world. When I decided to approach that time and place as source material for a novel, my memory went straight to the music, but not just as a means of establishing a certain mood or tone. People have written both positively and critically about the nostalgia the music references in this novel evokes. But it’s much more than nostalgia to my characters. Music is how they find meaning, how they cope with and articulate their emotions. The music I loved best — Neil Young, Dylan, the Beatles, Joni Mitchell — is very poetic; I think it served the same function for me and many other young people back then, as poems and stories and novels do now. It helped me see myself more clearly and feel less alone.

If you could create a five-track soundtrack for Only Love Can Break Your Heart, which songs would you include?

You openly shared that Paul, the older brother of main character Rocky, was largely inspired by your sister, including her penchant for music and even her personal struggles. What was it like writing from such a deeply personal space? Did you face any challenges?

ET: I loved my sister very much; her struggles are really heartbreaking. My desire to explore the toll mental illness took on our family is a big part of why I ever wanted to be a writer. But I wasn’t comfortable writing a memoir. I felt the best way to confront those emotions was to put them into play in a familiar but nevertheless imaginary world, with a family facing some of the same problems but in a much different configuration than my own, and then to crank up the stakes. Many, if not most, literary writers base their stories on personal experiences, but there’s a big difference between telling a true story and imagining a fictional world inspired by real people and events. The challenge is to find a way to repurpose the bare bones of lived experience in a fictional context that nevertheless rings true. For me, the trick was to invent a brother instead of a sister, and to fashion the circumstances so that the characters and their journey are purely imagined but nevertheless emotionally honest.

You had the chance to interact with booksellers at Winter Institute, some of whom had a hand in selecting Only Love Can Break Your Heart for the Winter/Spring Indies Introduce program. What would you like booksellers and readers to take away from your debut?

ET: First off, I have to reiterate my thanks both to the Indies Introduce committee and to all the independent booksellers, not just for giving my debut such a wonderful platform, but also for keeping our little literary village alive and thriving. I am so grateful and honored to be a part of your endeavor.

As for Only Love Can Break Your Heart, if there’s one thing I’ve learned from the people I’ve met who’ve connected with the book, it’s this: We are all on the same journey. Everyone struggles as Rocky does to find a sense of purpose and identity. Every family deals with unexpected and inescapable challenges that sorely test them in every way imaginable. Every family has that loved one who is just broken for one reason or another and can’t get it right. Everyone has to face down shame and regret, and everyone has to find a way to forgive themselves and others and keep on living. This is the human story. And telling that story again and again, in all its varied permutations, is the best we can do to make sense of it all.