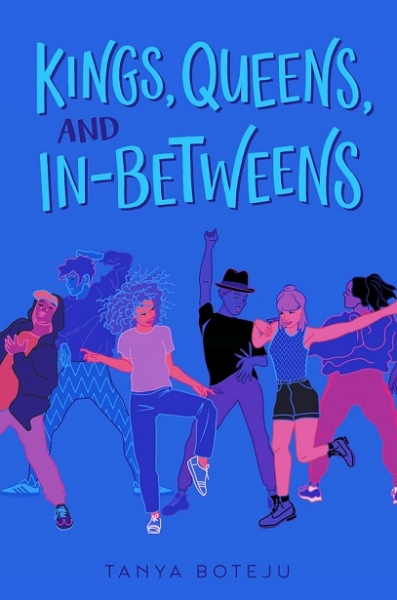 Boteju grew up in Victoria, British Columbia, and currently lives and works in Vancouver, where she received bachelor of arts degrees in English and in education from the University of British Columbia. She is a high school English and creative writing teacher, and in her 17 years of teaching, Boteju has also earned an MA in educational leadership as well as a creative writing diploma.

Boteju’s book was called a “a standout debut” by Nichole Cousins of White Birch Books in North Conway, New Hampshire, who served on the panel that chose it for Indies Introduce. “Nima is madly in love with her straight girlfriend. When those feelings aren’t reciprocated, Nima’s feet lead her into the world of macho drag kings and diva queens, where she learns love, acceptance, and identity. Hysterical, heartfelt, and wholly relatable to the LGBT community,” Cousins said. 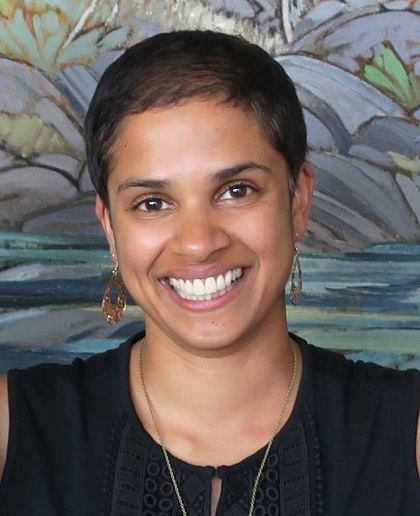 Here, Boteju and Cousins discuss the author’s inspiration for her book and the message she hopes it conveys to teen readers.

Nichole Cousins: What inspired you to write Kings, Queens, and In-Betweens?

Tanya Boteju: In my glorious 20s, I discovered the world of drag and dove right in! It was always such a fun, vibrant world for me, and even at that early stage, a tiny, sparkly idea began to form. I knew I’d write a book someday that involved drag. Later on, that idea merged with my experience teaching young people, and the result was Kings — a book I hope will bring the sparkles and joy of drag to young people who need it.

NC: So is the book somewhat autobiographical?

TB: Haha…maaaayyybe. A couple of drag numbers and references in the book are drawn from numbers I’ve performed myself or with others, or groups I’ve performed with, while others are completely made up. I alluded to a few of the queer bars in Vancouver that unfortunately no longer exist, too. But certainly, the feelings I’ve tried to incorporate into the book about drag are pulled from my own experiences. And more parts of me can be found in Nima than I care to admit!

NC: Identity is such a powerful theme throughout the book. What made you want to tackle such a complex topic?

TB: I’m not sure it’s possible to write a YA novel without tackling identity! Being a teenager is messy and weird. I know it was for me, and I’m surrounded by teens for whom I think that’s true as well. Being a queer teen or young person of color or trans teen is even more messy and weird. It’s a cliché but I really did write a book I wish I’d been able to read as a kid, and as a kid, I would have loved someone to share with me some positive stories about people who looked and felt like me. So that’s what I did.

NC: Were there any LGBTQ-related books that made an impression on you as a youth or even today?

TB: Haha…oh lord. I wish there’d been LGBTQ books available to me as a kid! I surreptitiously took VHS movies out from my local video store (What’s a “video store,” Ms. B?) to find LGBTQ+ content. But as an adult, I’ve read a lot of queer lit and one book that inspired the overall tone and ‘small town-ness’ of Kings is Fried Green Tomatoes — I adore this book. I love its joyful, sweet depiction of two women in love and how important community is to the characters. Other queer lit that has rocked my world: Sister Outsider, by Audre Lorde (no explanation needed, I don’t think — it’s Audre Lorde); Swimming in the Monsoon Sea by Selvadurai Shyam (a brown, queer protagonist from Sri Lanka!); and basically anything by Sarah Waters because it’s all so juicy and exciting.

NC: What message do you have for LGBTQ youth that pick this book up?

TB: That there’s a community of people out there for you somewhere who will respect and adore you. And when I say in my dedication, “You’re beautiful and magical and perfect,” I really mean it.