Bev and Bill Bauer, owners of Redbery Books, will retire from the bookstore business in June, leaving the Cable, Wisconsin, store in the hands of longtime seasonal regulars Maureen and Brad Palmer.

“We are sure that Maureen and Brad will not only continue the Redbery tradition but also be able to take Redbery to the next level,” the Bauers recently told their customers. “It isn’t time for us to say our goodbyes just yet, but we do want you to know we feel fortunate to have been part of the community in this way for the last 10 years.”

The Palmers began visiting the small but vibrant bookstore in 1994 with their children during summer vacations at their second home on nearby Lake Namakagon, a popular vacation area.

Since then, Redbery has grown from a makeshift space above a women’s clothing store near the highway to a popular one-stop destination on a prime piece of real estate flanked by the town’s post office, a coffee and sandwich shop, and a wood fired pizza restaurant. 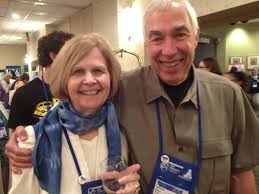 Bev and Bill Bauer are retiring as owners of Redbery Books in Cable, Wisconsin.

The new owners plan to move from Reedsburg, Wisconsin, to Cable, where they are already a well-known presence among the town’s residents, and where Maureen Palmer says she and Brad, an engineer, will eventually retire. The Palmers say they are thrilled to be joining the Redbery team.

“There are so many exciting possibilities for continued growth. Redbery has developed strong ties to the Cable community, and we plan to build on those relationships,” said Maureen, who is leaving her position as a librarian at the Reedsburg Public Library.

Those community relationships include Redbery’s partnerships with local groups and institutions like the Cable Natural History Museum, where the store sells books and also runs a story time. Redbery also sponsors a float in Cable’s Fourth of July parade and is a co-sponsor of the annual town fun run. 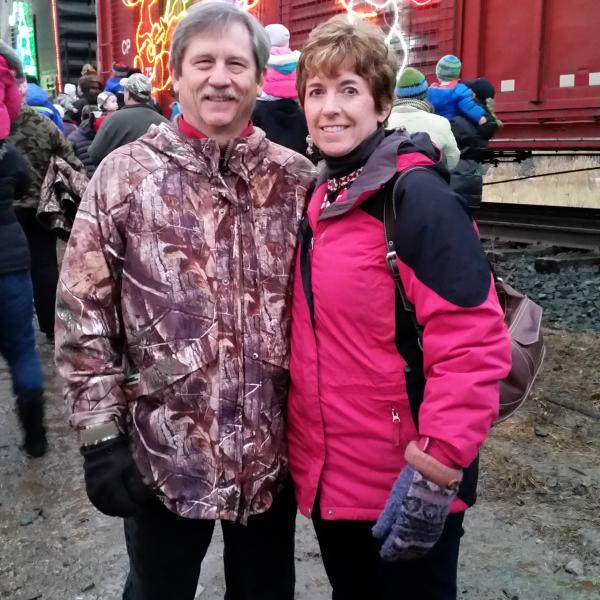 “Our goal is to foster a vibrant community of readers through quality book selections, author visits, book clubs, and other special events,” added Maureen, who will put to good use her library experience, both in book purchasing and collection development, and in promoting books and reading.

“Redbery has always been good at including the whole community in what they do. They have just always invited people to become a part of their story and I think that has been part of their success,” Maureen said.

The Bauers plan to assist the Palmers, whom they have gotten to know well over the years, during the transition. Since their March 20 retirement announcement, the Bauers have received many well wishes for the next part of their journey. Bev Bauer said she thinks the local community appreciates what they have achieved with Redbery during their 10 years of operation.

“I think for a small town it’s a very literate community and I think part of that is Redbery’s legacy…. I think that we have created a community of readers,” said Bev, also a former librarian.

On May 2, Redbery will celebrate its 10th anniversary with a host of activities and giveaways centering around the number 10. There will be drawings for $10 gift cards, book trivia games, and door prizes for 10 customers. A bestseller list of Redbery’s top-selling books over the last 10 years will be featured, and several of the authors that have appeared at the store over the years have been invited back.

The date of the party coincides with the first national Independent Bookstore Day, an event that the American Booksellers Association is helping to support this year. The Bauers expressed their gratitude toward ABA for being a helpful resource during their time as bookstore owners.

“We have truly appreciated ABA’s presence in our lives, the bookstore’s life, and in the bookselling world,” Bill Bauer said.

The Bauers, who plan to spend time with their grandchildren and do some traveling during their retirement, say they are assured the store is in a strong financial position as ownership is handed down.

“We have grown in sales every year except one (recession year) in the last 10 years,” said Bev. “Our fiscal year runs from May 1 to April 30 and this year we are running double digits ahead of the previous year. We are pleased to be leaving at a time of significant growth and passing along a loyal customer base.”

Not only is the store in good financial shape, but it was even easy to find a buyer once they decided it was time to retire, Bev said.

“It’s a good time to sell [a bookstore business] because independent bookstores have become attractive to new buyers because of the upswing, and their value has gone up,” Bev said, “so when we found out that Brad and Maureen were interested and we talked to them, it seemed like the right thing.”

Going forward, Redbery’s new owners said they are considering launching a pop-up storefront at one of the resorts that encircle Lake Namakagon, as well as starting one or more new book clubs.