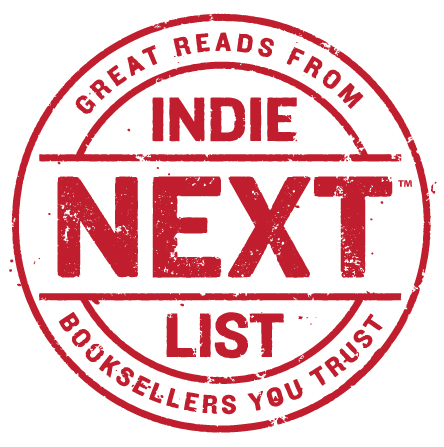 This year, indie booksellers once again served as expert curators, culling great fiction and nonfiction titles from the hundreds of thousands of books published in 2010 into an impressive Indie Next Highlights List.

This year’s list highlights 20 titles: the #1 Indie Next List title from each of the first 11 months of 2010 and nine additional titles that garnered especially strong support from ABA members nationwide during the past year.

The Unnamed: A Novel by Joshua Ferris
(Little, Brown & Company, $24.99, 9780316034012)
"Tim Farnsworth, a respected litigation attorney for a high-powered Manhattan law firm, is seized by a bizarre illness: He cannot stop walking. Whether taken as a form of mental or physical illness or read as an allegorical tale, The Unnamed is an absolutely heartbreaking story of love, marriage, family, and what it means to be successful in today's society." -- Joni Montover, Paragraphs on Padre Boulevard, South Padre Island, TX

Union Atlantic: A Novel by Adam Haslett
(Nan A. Talese/Doubleday, $26.00, 9780385524476)
"Adam Haslett's debut novel is the story of four diverse characters -- a banker, a retired teacher and her brother, and a high school student  -- who are thrown together in unexpected ways. Through this powerful and prescient novel, Haslett is asking what it means to be American today." -- Susan Fox, Red Fox Books, Glens Falls, NY

Major Pettigrew's Last Stand: A Novel by Helen Simonson
(Random House, $25.00, 9781400068937)
"In a comedy of manners that would make Jane Austen proud, a retired general and a widowed Pakistani woman meet and court in an out-of-the-way English village. There is wit here, and cleverness, and a host of clear-eyed, stiff-lipped, curmudgeonly joys. Fans of British humor and storytelling must acquire this wryly funny love story." -- Mark Bradshaw, Watermark Books, Wichita, KS

I Thought You Were Dead by Peter Nelson
(Algonquin Books, $23.95, 9781565125971)
"Dante may have had his Beatrice, but Paul Gustavson has Stella, a venerable pooch who is his guiding light for matters of the mind and heart. Their ongoing dialogue is smart, sweet, and poignant, and together they take on their fears of thunderstorms and seedy bars (hers) and normal, loving relationships without the buffer of alcohol (his), each bringing out the best in each other. This book is clever, heartwarming, and engaging." -- Emily Crowe, Odyssey Bookshop, South Hadley, MA

The Singer's Gun by Emily St. John Mandel
(Unbridled Books, $24.95, 9781936071647)
"While in some ways Emily St. John Mandel's novels defy classification, the appeal of her work is wide. The Singer's Gun is a taut, restrained book with a quick hook and a long pull. It is a moving and mysterious work, wholly authentic. I look forward to following this outstanding novelist's career for many years." -- Jason Hafer, Wolfgang Books, Phoenixville, PA

The Passage by Justin Cronin
(Ballantine Books, $27.00, 9780345504968)
"Justin Cronin's incredible imagination takes the reader on a ride that is engrossing, thought-provoking, terrifying and above all, immensely entertaining. A diverse and engaging cast of characters dot the landscape in this sweeping novel that is both fantastical science fiction and heartbreaking drama. An absolutely thrilling read, The Passage is destined to reach a huge audience and leave everyone wanting more." -- Tiffany Miner, Book People, Austin, TX

Faithful Place: A Novel by Tana French
(Viking Adult, $25.95, 9780670021871)
"Faithful Place by Tana French is just plain good storytelling. Frank, an undercover cop, is dragged back into his complicated and violent personal past by a shocking discovery, and as a result finds himself at the center of a riveting tale about family and how even loving relationships can turn destructive. The importance of Dublin as a setting - both in the present and recent past - can't be overlooked as French makes the city a living, breathing character lurking in the back ground of this compelling tale." -- Charlotte Tuinman, M Is for Mystery, San Mateo, CA

The Hanging Tree: A Starvation Lake Mystery by Bryan Gruley
(Touchstone, $15.00, 9781416563648)
"Gruley does it again in this second Starvation Lake mystery. With his journalist's eye for detail, he transports the reader to small town, hockey-obsessed northern Michigan, where they experience a lifestyle and come to know the inhabitants fully. The characters have even more pull this time around, and the pacing is 'keep-you-up-too-late' perfect! I'm looking forward to installment number three. Go for the hat trick, Bryan!" -- Beth Simpson, Cornerstone Books, Salem, MA

Room: A Novel by Emma Donghue
(Little Brown & Company, $24.99, 9780316098335)
"Room is like no other book I have ever read. This emotionally powerful story of young Jack and his mother, held in captivity for seven years, is both a heart wrenching testament to the power of the love between a mother and child and a riveting story of overcoming horrible circumstances. Emma Donohue has written one of those rare books that you will remember reading your entire life, as you will be altered by the experience." -- Lanora Hurley, Next Chapter Bookshop, Mequon, WI

Crooked Letter, Crooked Letter: A Novel by Tom Franklin
(William Morrow, $24.99, 9780060594664)
"This is a spellbinding novel about friendship, honesty, and race relations in Mississippi. The two main characters, Silas Jones and Larry Ott, are childhood friends who have been separated by circumstance and time. Now, adults, they are thrust in each other's path again when a girl goes missing and the past must be confronted. A thriller as well as a character study, this powerful and redemptive novel, reminiscent of Dennis Lehane and Attica Locke, is unforgettable." -- Tova Beiser, Brown University Bookstore, Providence, RI

Moonlight Mile by Dennis Lehane
(William Morrow, $26.99, 9780061836923)
"Patrick and Angie are back, and so are the consequences from decisions they made years ago in the Gone, Baby, Gone case. The same child, Amanda McCready, now 16, has disappeared and the pair of P.I.s vow this time will be different when they track her down. Lehane is a master at exploring -- yet not answering or resolving -- difficult issues of morality and individual and social responsibility, all while giving the reader great dialogue, unexpected plot twists, and unforgettable characters. This is a sequel worthy of its predecessor." -- Leslie Reiner, Inkwood Books, Tampa, FL

Matterhorn: A Novel of the Vietnam War by Karl Marlantes
(Atlantic Monthly Press, $24.95, 9780802119285)
"Every war has produced seminal fiction, but in the case of Vietnam there have been few examples. Marlantes now increases that list with a towering, majestic novel of men in combat. Like all great literature, his work transcends a particular war because of the universality of his characters and themes. This is a novel that will endure." -- Bill Cusumano, Nicola's Books, Ann Arbor, MI

The Postmistress: A Novel by Sarah Blake
(Amy Einhorn Books/Putnam, $25.95, 9780399156199)
"This compelling story is the perfect answer to that request, 'I want a really good book I can get lost in!' This WWII story of three memorable women has a strong sense of place -- from the shores of Cape Cod to war-torn London. The reader will relish every word and then want to pass it along to a friend." -- Elizabeth Merritt, Titcomb's Bookshop, East Sandwich, MA

The Lonely Polygamist by Brady Udall
(Norton, $26.95, 9780393062625)
"The Lonely Polygamist is the story of 45-year-old Golden Richards, a hapless soul, whose four wives, 28 children, and one paramour run his life. By turns laugh-out-loud funny and hauntingly sad, this novel is a big, fat, satisfying read that will make you reconsider what it means to be part of a family. Plus, it contains the naughtiest, goofiest 11-year-old boy who will ever break your heart." -- Roberta Dyer, Broadway Books, Portland, OR

Fifth Avenue, 5 A.M.: Audrey Hepburn, Breakfast at Tiffany's, and the Dawn of the Modern Woman by Sam Wasson
(HarperStudio, $19.99, 9780061774157)
"Truman Capote's risque novel about Holly Golightly and her gay friend became a on-screen romantic comedy hit. For someone who has seen the movie as much as I have (and I know I'm not alone), Fifth Avenue, 5 A.M. is part encyclopedia, part valentine. Will the controlling Mel Ferrer keep Hepburn from taking the role? What is to happen if one of the producers absolutely hates Henry Mancini's theme song? Will Edith Head let her costumes be upstaged by Hubert Givenchy, and how does one work French couture into the life of a fairly naive and not particularly successful New York call girl anyway? Great fun!" -- Daniel Goldin, Boswell Book Company, Milwaukee, WI

The Wave: In Pursuit of the Rogues, Freaks and Giants of the Ocean by Susan Casey
(Doubleday, $27.95, 9780767928847)
"As with Devil's Teeth, her earlier study of great white sharks, Casey's newest effort combines engaging hard-science with adrenaline-infused raw action. Drop into The Wave and charge these monstrous ocean creatures with an eclectic cast of sun-bleached watermen and intrepid researchers. This read will definitely pull you out of your beach chair and into the water. Surf's way up!" -- Jamie Reiner, Elliot Bay Book Co., Seattle, WA

Washington: A Life by Ron Chernow
(Penguin Press, $40.00, 9781594202667)
"This fast-paced, intriguing biography transforms George Washington from a stone-faced enigma perched atop Mt. Rushmore into an intriguing, approachable historical character. In the hands of award-winning biographer Ron Chernow, Washington's life emerges in sharp focus and reveals a complex persona -- a man who was at once charming and morally upright, yet also politically astute and masterly at concealing deep emotion. Meticulously researched and elegantly written, this work is destined to serve as this generation's standard." -- Maggie McIntire, Books on the Common, Ridgefield, CT

Atlantic: Great Sea Battles, Heroic Discoveries, Titanic Storms, and a Vast Ocean of a Million Stories by Simon Winchester
(Harper, $27.99, 9780061702587)
"This book, like its subject, is both sprawling and majestic. To reinforce his view of the ocean as a living thing, Winchester terms his book a 'biography of the ocean.' His life story of the Atlantic begins with the ocean's very formation. In later ages, he discusses such diverse topics as exploration, piracy, slavery, and conflict. Winchester writes with both beauty and authority, and his love of the ocean is so clearly expressed that readers nearly smell the salt! This is a masterpiece!" -- Christopher Rose, Andover Bookstore, Andover, MA

Let's Take the Long Way Home: A Memoir of Friendship by Gail Caldwell
(Random House, $23.00, 9781400067381)
"This is the heart-warming and heart-wrenching story of the author's deep friendship with writer Caroline Knapp. Through rowing, swimming, writing, their dogs, and sharing life experiences, they nurture a connection that we would all love to have with someone. An honest and unforgettable tribute to best friends." -- Ellen Jarrett, Porter Square Books, Cambridge, MA