The American Library Association (ALA) has announced the winners of the Andrew Carnegie Medals for Excellence in Fiction and Nonfiction and the winners of the ALA Youth Media Awards, which honor the top books, videos, and audiobooks for children and young adults. The award winners were revealed at the association’s Midwinter Meeting, held January 20-24 in Atlanta, Georgia. The awards will be presented at the ALA Annual Conference, to be held June 22-27, 2017, in Chicago, Illinois.

This year’s winners are: 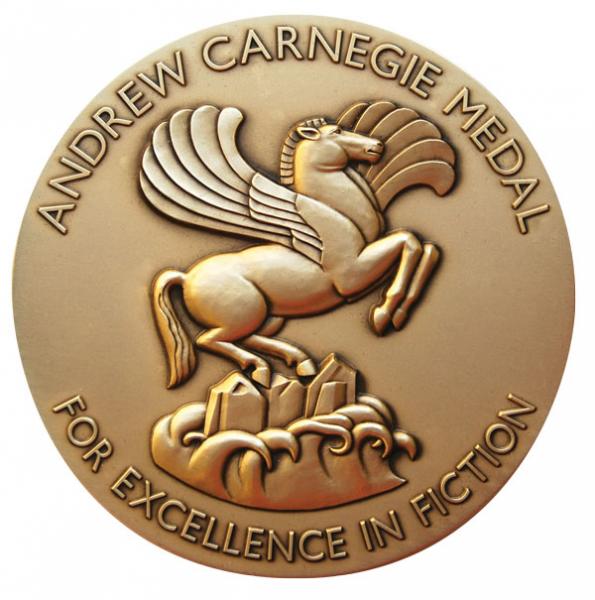 Andrew Carnegie Medal for Excellence in Fiction, recognizing the best fiction book for adult readers published in the U.S. the previous year: The Underground Railroad by Colson Whitehead (Doubleday)

Andrew Carnegie Medal for Excellence in Nonfiction, recognizing the best nonfiction book for adult readers published in the U.S. the previous year: Evicted: Poverty and Profit in the American City by Matthew Desmond (Crown)

John Newbery Medal for the most outstanding contribution to children’s literature: The Girl Who Drank the Moon by Kelly Barnhill (Algonquin Young Readers)

Schneider Family Book Award for books that embody an artistic expression of the disability experience:

For ages 0 to 10: Six Dots: A Story of Young Louis Braille by Jen Bryant, illustrated by Boris Kulikov (Knopf Books for Young Readers)

For ages 11 to 13: As Brave As You by Jason Reynolds (Atheneum Books for Young Readers)

For ages 13 to 18: When We Collided by Emery Lord (Bloomsbury Children’s Books)

Laura Ingalls Wilder Award honors an author or illustrator whose books, published in the U.S., have made, over a period of years, a substantial and lasting contribution to literature for children: Nikki Grimes

2018 May Hill Arbuthnot Honor Lecture Award, recognizing an author, critic, librarian, historian, or teacher of children’s literature who then presents a lecture at a winning host site: Naomi Shihab Nye

Odyssey Award for best audiobook produced for children and/or young adults, available in English in the U.S.: Anna and the Swallow Man produced by Listening Library, written by Gavriel Savit, narrated by Allan Corduner

Stonewall Book Award – Mike Morgan & Larry Romans Children’s & Young Adult Literature Award, given annually to English-language children’s and young adult books of exceptional merit relating to the gay, lesbian, bisexual, and transgender experience: Magnus Chase and the Gods of Asgard: The Hammer of Thor by Rick Riordan (Disney Hyperion) and If I Was Your Girl by Meredith Russo (Flatiron Books)

Theodor Seuss Geisel Award for the most distinguished beginning reader book: We Are Growing: A Mo Willems’ Elephant & Piggie Like Reading! Book by Laurie Keller (Hyperion Books for Children)

More information on the 2017 ALA Youth Media Award winners, as well as this year’s YMA honor books, is available here.