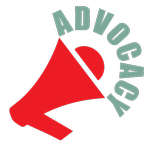 Late last week, Amazon issued a request-for-proposals (RFP) as it is looking to build a $5 billion second headquarters somewhere in North America. Notably, Amazon’s RFP expressly states that “incentives offered by the state/province and local communities to offset initial capital outlay and ongoing operational costs will be significant factors in the decision-making process.”

Using incentives to grow its business is nothing new for Amazon. Since 2000, it has received close to $1 billion in subsidies from state and local governments across the country, according to Good Jobs First, a company that looks to promote accountability in economic development by tracking subsidies nationwide. In the last two years alone, Amazon has received at least $241 million in subsidies from state and local governments to build warehouses, Greg LeRoy, executive director for Good Jobs First, told the Pittsburgh Post-Gazette.

The RFP sparked an immediate bidding war, prompting a number of cities and states to compete over the tax cuts and incentives they could provide to entice the corporate retailer and its promised 50,000 jobs to their communities, as reported by Reuters.

According to Amazon’s RFP, the project will be a second corporate headquarters (HQ2), where over the next 10–15 years, Amazon will hire as many as 50,000 full-time employees, with an average annual compensation exceeding $100,000. The project is expected to total more than $5 billion in capital expenditures.

The RFP stresses that some of the factors that will influence Amazon’s choice of location are the desire for a metro area with more than one million people; a “stable and business-friendly environment”; an urban or suburban location with “the potential to attract and retain strong technical talent”; and communities that “think big and creatively when considering locations and real estate options.”

The cities and states that have said they will bid on Amazon’s HQ2 project include Chicago, Dallas, Houston, Kentucky, Miami, Toronto, and St. Louis, the Reuters article said. The response deadline is October 19, 2017.

While big cities may be jumping for a chance to bring Amazon to town, not everyone hailed the news.

On September 7, Rep. Ro Khanna (D-CA) tweeted that the Amazon RFP would become a “race to the bottom” if cities tried to woo Amazon in part by offering the tech giant overly favorable financial terms, as reported by Recode.net.

“Cities and states, for decades, have thrown tax breaks and tax incentives at companies to attract them to come,” Margaret O’Mara, a University of Washington professor specializing in urban history, told GeekWire.com. “First it was chasing smoke stacks, getting factories to move to your region. And now it’s chasing strings of software code, chasing these tech companies. Amazon is playing that game, too, by saying, ‘Who is going to give us the best package?’ In an age where cities and states are starved for resources, often times these efforts at economic development, the costs of tax breaks for the city, will far outweigh whatever benefits come from the number of jobs created.”

Good Job First’s LeRoy told the Post-Gazette that he does not believe that subsidies will be the deciding factor in Amazon’s decision as to where to locate HQ2. He noted that state and local taxes typically make up only about two percent of a company’s cost structure.

Reuters pointed out that companies with two headquarters are rare, though some investors and analysts see this move as a way for Amazon to cut costs and risks, making it easier for the company to break up down the line “if it so chooses.”