Compass Rose Books in Castine, Maine, opened earlier this month. The store plans to open a café in the spring. 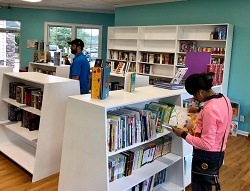 An inside look at A Little Bookish in Ooltewah, Tennessee.

On November 1, Washington, D.C., bookstore Upshur Street Books will open the Loyalty Bookstore pop-up in Silver Spring, Maryland. It will host its grand opening on November 10 in conjunction with Silver Spring’s annual tree lighting and will conclude the first week of 2019.

Jenny Kinne will take over as owner of Books & Mortar Bookstore in Grand Rapids, Michigan, on November 1.

Island Books in Mercer Island, Washington, will be celebrating its 45th anniversary on November 3 with champagne and cake.

Annie Bloom’s Books in Portland, Oregon, will celebrate its 40th birthday on October 28. 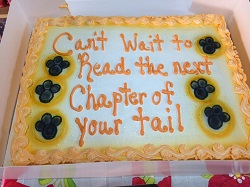