Another Chapter Opens in Owasso, Oklahoma

Karen Barros opened Another Chapter Bookstore in Owasso, Oklahoma, on Black Friday, November 25, and is planning a ribbon-cutting ceremony for January, reported Tulsa World. The store features books for adults and children as well as a coffee bar.

“I decided to open Another Chapter because I love books,” Barros said. “I have a passion for reading and want to share it.” Barros is a former public schoolteacher; she and her family are longtime residents of Owasso.

Barros will launch the store’s website in the coming weeks and is thinking about events to host, such as book clubs for all ages and bring-your-blanket story times. “I want my store to be community-based,” Barros said. “I’ll be hosting different community events at least twice a week.” 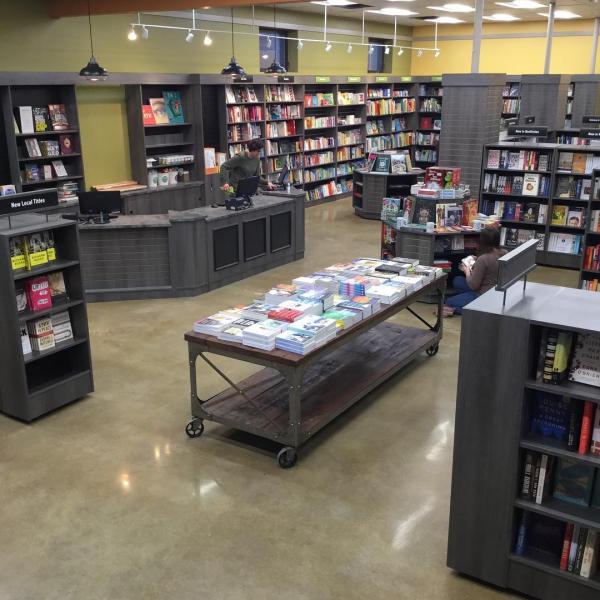 Print: A Bookstore in Portland, Maine

Print: A Bookstore opened on November 22 in Portland, Maine. Over the weekend, Print celebrated Small Business Saturday with Julie Falatko, author of Snappsy the Alligator (Did Not Ask to Be in This Book) (Viking Books for Young Readers), who served as a guest bookseller in the store and live-tweeted from its children’s section. Owned by longtime booksellers Emily Russo and Josh Christie, the store will have a grand opening celebration on December 3.

Avid Bookshop in Athens, Georgia, opened a second location in the city on November 26, Small Business Saturday, and offered a special discount to customers visiting both Avid stores on that day. On Saturday afternoon, Avid posted on Facebook, “17 people inside, 5 outside. This is the quietest it has been since 9:01 at #avidatfivepoints, and this is the first time we’ve gotten a chance to post! THANK YOU!” 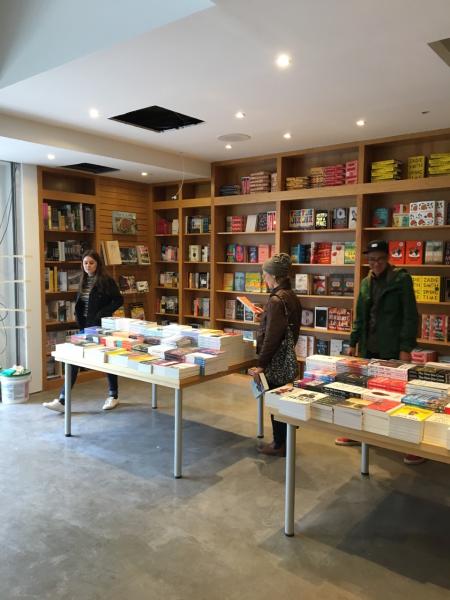 Brooklyn, New York’s Greenlight Bookstore opened its second location just in time for Small Business Saturday.  Located at the base of The Parkline building, a new residential building in Prospect Lefferts Gardens, the store will celebrate a grand opening on December 8 with discounts, cider, and cookies.

In a Thanksgiving Day blog post, Greenlight detailed efforts to ensure the new store has the same soul as the original. Based on the number of people who answered the store’s call to help shelve stock, Greenlight wrote, “That means the bookstore will always have this warm, generous energy — its sense of soul — that comes from our neighbors and friends who were there at the beginning and made it happen.”

On Tuesday, November 29, the New York Times featured Greenlight, Avid, and Print, as well as yet-to-open The Lit. Bar, in the article “What It Takes to Open a Bookstore.”

The Booksmith Plans Grand Opening for The Bindery

The Booksmith in San Francisco, California, is planning a grand opening celebration for The Bindery, the bookstore’s satellite events and gift marketplace across the street, on December 10.

The grand opening gala and holiday soirée, hosted by Booksmith owners Christin Evans and Praveen Madan as well as the stores’ staff, will feature live music, drinks, food, mingling, and an official tour of the store. Ten percent of all party sales from both stores will be donated to the Northern California American Civil Liberties Union. 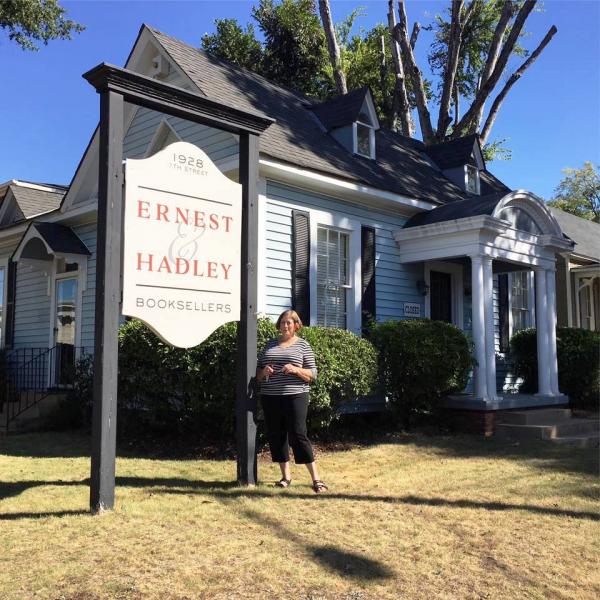 To set the store apart from the town’s local libraries, Christian bookstores, and big box stores, Lambert-Brown plans to shelve Ernest & Hadley’s books chronologically, rather than alphabetically or by genre. The store’s Lost Generation section, to start, will feature works by Hemingway, Gertrude Stein, and F. Scott Fitzgerald as well as books about the time and place of their works. “I’m not going to cover every genre,” Lambert-Brown said. “Think of me as kind of a more specific version of Barnes & Noble or another big bookstore.”

Lambert-Brown also plans to highlight different eras in literature at different times, based on customer feedback. “Nothing in here is set in stone, and that’s why the community curation part of this is so vital,” she said. The store will also focus on local authors and provide a space for them to sell their work and meet customers.

Firefly Bookstore in Kutztown, Pennsylvania, will be relocating to a larger storefront in 2017, reported Berks-Mont News. The current 1,000-square-foot store, owned by Rebecca Laincz and Matthew Williams, will remain open through the holidays. “We’ve planned a great shopping season starting on this year’s Small Business Saturday. But we can’t help but think about what we’d like to be able to do once we have more room,” said Laincz.

Laincz and Williams had planned on finding larger digs for the store since it opened in 2012. “We always knew that sooner or later we would outgrow our current space, as wonderful as it has been,” said Laincz. Renovations to the new space, a former flower store, should be completed by March. The new storefront will have expanded areas for events and meetings, additional work space for employees, and larger book sections. Upstairs rooms will also provide more space to grow.

The Flying Pig opened in 1996 in the Charlotte, Vermont, post office building, just an 850-square-foot space with 6,500 children’s books. Now in Shelburne, it holds 30,000 books for kids and adults; the store also won the Women’s National Book Association Pannell Award in 2008. 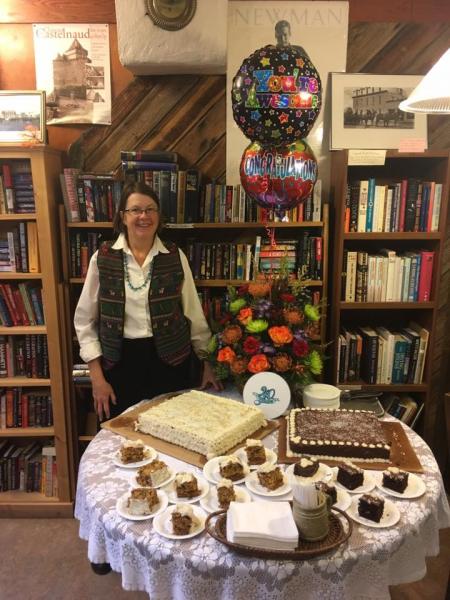 The Bookloft in Enterprise, Oregon, celebrated its 40th anniversary with an open house on November 19, reported the Wallowa County Chieftain. The open house featured local authors as well as cake and beverages.

Owner Mary Swanson and her husband, Tom, bought The Bookloft 28 years ago. Swanson had previously worked in a bookstore in Portland for six years. “Once you work in a bookstore you’re always thinking it would be nice to own your own bookstore,” she told the Chieftain.

Corte Madera, California’s Book Passage will celebrate 40 years in business with a day of festivities on December 3, including a young writers showcase and a reception with graphic artist Tom Killion, as well as a discussion with Isabel Allende, Anne Lamott, and Don George, who will speak about the history of the bookstore and what it means to them and the community. A slideshow presentation will follow.

Book Passage is asking attendees to bring a gently used book to donate to the Hospice Used Book department and will be donating a portion of the day’s new book sales to the hospice.