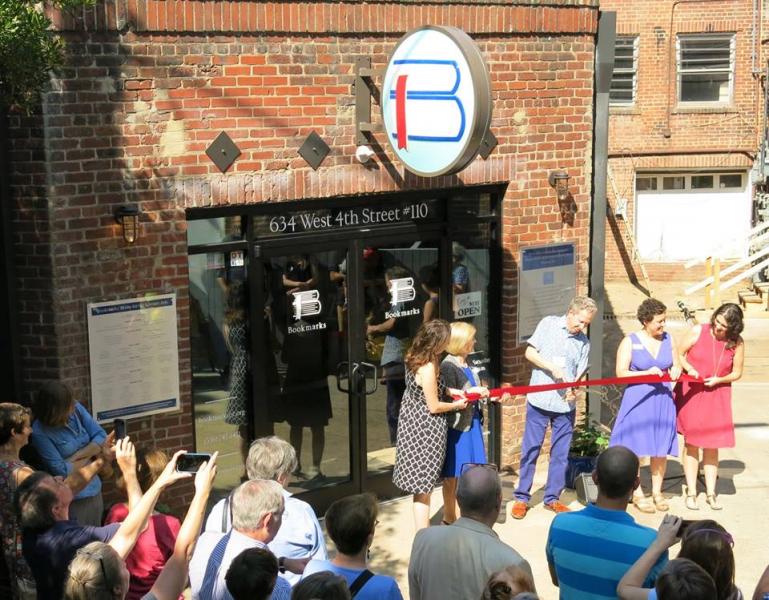 Located in Winston-Salem, North Carolina, Bookmarks offers a variety of programming to foster the love of reading among community members. The new location will house the nonprofit’s offices and will feature an event space; this fall, Foothills Café will also open in the building.

“We are so grateful for the full community’s support of this project,” said Bookmarks Executive Director Ginger Hendricks. “With the opening of our new home, we will double our outreach the first year alone to over 50,000 people.”

Owner Keith Lewis, a former schoolteacher in Chicago who took over the bookstore in 2015, will keep the original store open as Bookie’s Annex, where book signings and other events will take place.

“I am very pleased with the way things turned out,” Lewis said of the new store. “It’s been almost universal positive feedback. [Customers] love the space in here.” 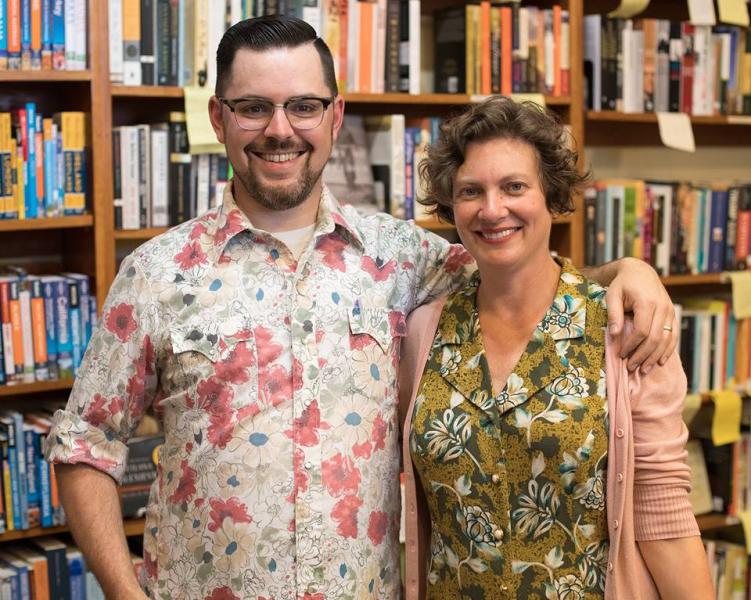 Lawrence, Kansas’ The Raven Book Store, which will celebrate 30 years in business this September, has been purchased by employee Danny Caine, effective August 1, reported Lawrence Journal-World.

“We have been so supported by the folks in Lawrence,” said Heidi Raak, who has owned the store for 10 years. “It is a lot of work and a lot of hours, but you make so many good relationships here. A lot of love and energy is put into the store, but I know it will be in good hands.”

Caine, a recent University of Kansas graduate with a master of fine arts degree in poetry, has worked at the store for the past two and a half years. He plans to close the store for two weeks in August to make minor changes to the fixtures, layout, and inventory.

In Bucksport, Maine, local indie bookstore BookStacks is celebrating its 20th anniversary this year, reported the Ellsworth American. Owner Andy Lacher founded the bookstore, which currently sells books, magazines, coffee, and wine, in 1997, and he recently purchased the store’s building.

“It’s obvious to me this summer’s going to be our best summer ever,” Lacher told the Ellsworth American, commenting on the new arts center that opened nearby on Main Street and the draw it will have. “As Bucksport takes off, as the tide rises, so will I.”

Allison Lee, who has co-owned the store with Jo Gilley for the past seven years, told Smoky Mountain News, “Ten years is a long time in this day and age, in this economy, with technology and online purchasing. It’s a long time for a Main Street business — and we’re proud of that.”

Kepler’s Books, located in Menlo Park, California, has announced the formation of Kepler’s Literary Foundation, which separates the independent bookstore from its programming, reported the Mercury News.

With offices across the street from the bookstore, the foundation will be led by Executive Director Jean Forstner and will include two full-time and three part-time staff. Its goal will be to produce high-quality events and programming, to be held both in the bookstore and at offsite locations. “We have a team where our sole focus is on creating really great literary experiences for people,” Forstner said.

Initially formed as Peninsula Arts & Letters, the nonprofit is now completely funded by the community and has a board of directors, chaired by Silicon Valley marketing and communications consultant Patrick Corman. Kepler’s CEO Praveen Madan also serves on the board.

The Wichita, Kansas, police department has teamed with Watermark Books & Café to launch the “Building Bridges Through Books” program, which provides free books for all age ranges to community members via police officers, reported KSN TV.

The program will deliver 14,000 cards by mail to residents in Wichita, inviting them to sign up at Watermark Books to be connected with a local police officer, who will hand-deliver books to participants. Several weeks later, gatherings will be held for residents to discuss the books with the officers.

The program is funded by a $160,000 grant from the Impact Literacy Initiative of the Wichita Community Foundation. Watermark Books will select books based on information provided by the participants. Within each book will be discussion questions and details about the community conversations.