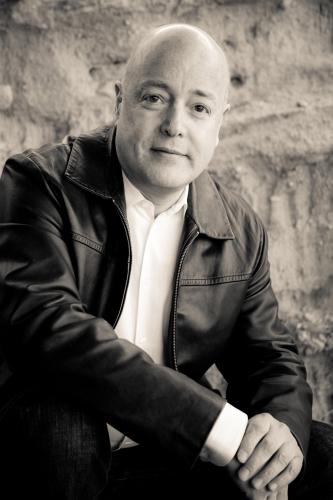 Appearances by author Stephen Jimenez at Politics & Prose and Books Inc. resulted in productive discussions of a controversial issue.

Stephen Jimenez’s newly published book, The Book of Matt: Hidden Truths About the Murder of Matthew Shepard (Steerforth Press), has come under attack for questioning aspects of a case that has come to symbolize hate crimes against gay men and women. Earlier this month, an online petition was launched by Jamie McGonnigal, the author of the TalkAboutEquality.com blog, calling for the cancellation of Jimenez’s appearances at bookstores around the country. The McGonnigal petition claims that bookstores would be presenting a “conspiracy theorist and LGBT hate crime denier on the 15th anniversary of Matthew’s gruesome murder” and that they would only be in it for the sales. However, the several bookstores that have hosted the award-winning journalist, whose book has been recognized by reviewers as being soundly reported, have said the events led to a civil dialogue on a controversial issue.

Weeks before Jimenez’s October 9 appearance at Washington, D.C.’s Politics and Prose, the bookstore was pressured directly by McGonnigal to cancel the event; however, store co-owner Bradley Graham replied to McGonnigal’s e-mail from a place of understanding. Graham assured McGonnigal that he would take special care when introducing the event to include the perspective of those who are opposed to the book. But Graham told BTW, “We were unwavering in our commitment to hold the event.”

Following through on his promise, both of the bookstore’s owners, Graham and Lissa Muscatine, introduced the author together, an unprecedented occurrence.

In addition to noting objections to the book, the owners pointed out that there are also those who believe the book is worthy of consideration. They went on to explain the bookstore’s process of scheduling authors. In creating an event schedule that encompasses several different viewpoints, Politics and Prose is “affirming our mission of providing a forum for community discussion on a broad range of topics,” said Graham, “including books that might be controversial.

“We stressed that in a democracy like ours, people should have the opportunity to hear divergent views, as long as the discussion remained respectful.”

Some members of the audience were associated with a local production of The Laramie Project, a play-turned-HBO film, which is showing this month to mark the 15th anniversary of the crime. These audience members and others asked critical questions that were presented and answered respectfully, said Graham. “It was a very civil dialogue.” While Jimenez had a chance to discuss how he went about writing the book and to rebut criticisms, Graham said, “His critics had a chance to express their views as well. That’s how an event about a controversial book should take place.”

At Books Inc. in the Castro District of San Francisco, one of the first gay neighborhoods in the U.S. and a prominent symbol of LGBT activism and events, the issues in the Book of Matt hold special significance, said store manager Ken White. Jimenez appeared at the store on September 26.

“We were happy with the event,” said White, adding that many people in the audience had come with the intention of challenging the author. “[Jimenez] dealt with it very rationally. He knew his stuff, he did the research. People wanted to meet a crackpot and knock him down and that’s not what happened.” In the end, White added, each person who attended the event purchased the book — further evidence that the author gave an engaging and informative presentation.

Noting that Books Inc. neither endorses nor renounces the book, White said the bookstore’s job was simple: to bring ideas into the community. “This is definitely a book that had a lot to say, that is especially relevant to where we are, and as long as it’s not hate-speech, we’re pretty game for showcasing all kinds of ideas.”

White, who read a few chapters of the book before scheduling the event, said, “It’s threatening for many people because Matthew Shepard is a symbol, and no one wants their symbol to be tarnished, especially when organizations have been founded and a lot of good has ultimately come out of it.” While he acknowledged the importance and influence of Shepard in the LGBT community, White said, “I don’t feel that people should be threatened by the nuanced point of view that’s being presented.”