The wildfires raging through Ventura County in California are growing in size, leading several ABA member stores in the area to take precautionary measures. 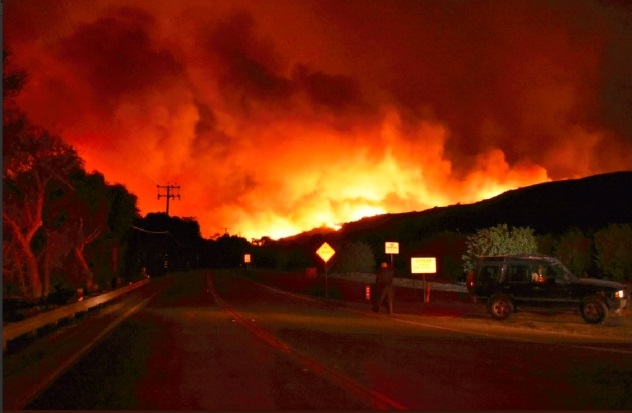 KTVB. So far, the fires, which broke out on Monday, have damaged buildings and infrastructure, destroyed hundreds of homes, produced heavy smoke, and caused the evacuation of tens of thousands of residents in Ventura County.

Early Wednesday, another fire broke out on the northern edge of Los Angeles, closing Interstate 405 near L.A.’s Bel Air neighborhood and prompting more evacuations, CNN reported. The Getty Center in Los Angeles, home to The Getty Store, an ABA member, was closed Tuesday and Wednesday due to the encroaching smoke. On Wednesday, the museum posted on its Facebook page: “The Getty Center is closed to the public today. The fire is northeast of the Getty Center and east of the San Diego Freeway. Air filtration systems are protecting the galleries from smoke. We continue to monitor the situation and will issue updates as we have them.”

In Culver City, The Ripped Bodice tweeted a message that its store would be closed on Wednesday as well: “Store closed today Wednesday 12/6 due to fires in SoCal. please stay off the streets if possible to make it easier for emergency services to get where they need to go. #SkirballFire.”

L.A.’s Hammer Museum, which features another ABA member bookstore, also posted a Facebook message on Wednesday, stating that its galleries and café were closed due to surrounding fires; the message advised the public to check back for updates.

About two months ago, similarly savage wildfires broke out in Northern California, killing 44 people and destroying at least 8,900 buildings, according to KTVB. As before, some bookstores have reached out on social media with heartfelt messages of support for those affected.

On Wednesday, the Bodhi Tree Bookstore in Los Angeles posted a message on Facebook: “Bodhis, our hearts and thoughts are with all those affected by the wildfires here in our home of Southern California. And though we can only imagine how difficult this experience has been — and will be for so many — we’re holding space for the safety, health, and healing of everyone impacted.”

In West Hollywood, Book Soup tweeted specifically in support of the Getty Center: “Our thoughts are with the first responders, residents, & our friends at the Getty Center & @Skirball_LA. We hope you're safe, #SkirballFire.”

According to CNN, the fires have spread over more than 83,000 acres within the past three days, bolstered by strong winds, and more damage is expected. Booksellers in need of immediate financial need or recovery assistance should contact the Book Industry Charitable Foundation (Binc). Binc will take disaster applications for individuals and stores over the phone or via e-mail. The organization can be contacted toll-free by calling (866) 733-9064 or by e-mailing or texting to help@bincfoundation.org.