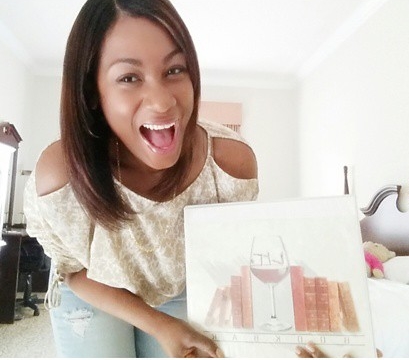 The theme of the bookshop will be Bronx-related, Santos said; non-book merchandise will include reading and wine-related items as well as anything appealing to women who enjoy the arts. Santos, who said she aims to enliven the traditional bookstore business model, also hopes to imbue the store with “a graffiti and chandelier” aesthetic, including concrete floors mixed with elegant touches and works by local artists on the walls.

Nicole Sullivan of BookBar in Denver, Colorado, has served as Santos’ mentor for the past two years, Santos said, helping her learn the ropes of working at a bookstore as well as best practices for this unique type of business. “It will look completely different from BookBar in Denver, even though it will be the same concept,” Santos said.

In late 2014, Santos heard that the Barnes & Noble in the Bronx’s Bay Plaza was in jeopardy. Concerned, she joined more than 3,000 people in signing a petition to keep the store open until the end of the year. Eventually, Santos decided to open a bookstore herself. In April 2015, she traveled to Amelia Island, Florida, for a Paz & Associates week-long workshop for prospective bookstore owners.

After a skills assessment prompted by the retreat, Santos landed a part-time job at Housing Works Bookstore Café to gain hands-on experience in bookstore operations and bar management. 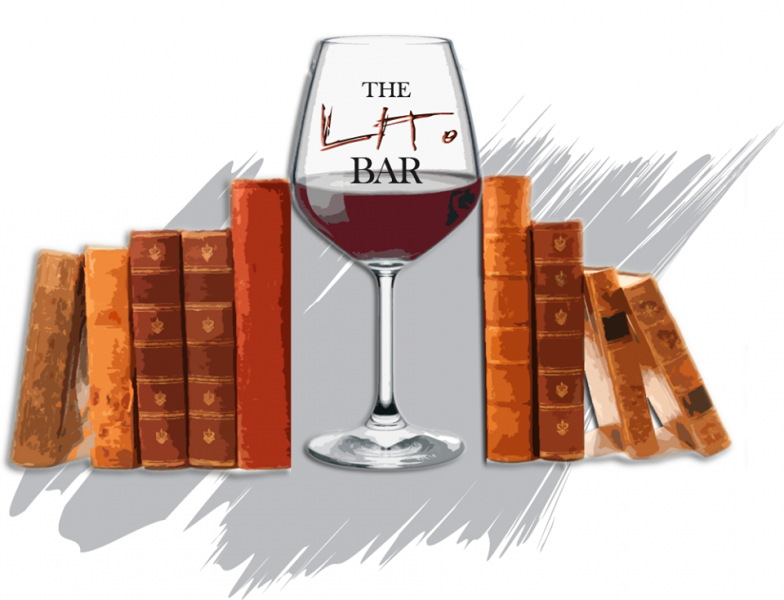 Santos said she is opening Lit. Bar, in part, because she wants to dispel the stigma of the South Bronx, which experienced racial tensions and arson in the 1970s. The Bronx has a rich history that includes artists and entrepreneurs, and economic and cultural growth are on the upswing. But, she noted, gentrification has caused some tensions among the area’s residents.

“I want to send the message that the Bronx is not burning anymore; the Bronx is burning with a desire to read,” said Santos.

“People think of the Bronx as just being the botanical gardens, the zoo, and Yankee Stadium — people miss out just because of negative stereotypes. I want to do my part through literature and community gatherings to make sure that other people get a taste of what the Bronx really has to offer and to have a healthy way to communicate about certain issues…. I’m trying to create a healthy way for the new residents that we have seen moving in and the existing residents to communicate and interact with each other and actually become neighbors.”

Santos said Paz & Associates’ self-assessment exercises were integral in forging her unique bookstore path. Many of the steps she has taken in the journey stemmed from the many questions Mark Kaufman and Donna Paz Kaufman formally posed to the class. These lessons, Santos said, forced her to measure her future operational responsibilities and goals against her current skill set.

“I went into their course knowing I was business-savvy enough, but maybe not ‘bookish’ enough to be successful,” she said. “The Paz course deserves the credit for sparking my self-awareness and encouraging me to build myself up.” Santos started her own “Readers & Shakers” book club last year, which helped her recognize that she would need an experienced operations manager.

“I’ve since developed a newfound confidence that I can totally pull this off with honesty,” she said. “I’ve surrounded myself with people that complement me, asked for training, and have opened myself up to new genres outside of nonfiction literature so I can better connect to my market. Now, you couldn’t convince me that I’m not the most qualified person to bring a bookstore to the Bronx.”

To fund the store, Santos will invest some of her own money and will be launching a crowdfunding campaign, likely through Indiegogo. She also plans to apply for a loan from the Bronx Opportunity Fund, sponsored by the South Bronx Overall Economic Development Corporation, and she has entered the New York Public Library business plan competition, which offers a grand prize of $15,000.

With support from one of the leading developers in the Mott Haven section of the Bronx, Santos is currently looking for a storefront of approximately 2,200 square feet. In terms of events, she is looking forward to “bringing the culture of the Bronx in to the store,” with readings and poetry slams, as well as children’s events. Santos would also like to host local authors and sell their books through a consignment program, which will be one of the widely promoted features at the Lit. Bar.

Santos said that her store’s target customer market will be the Bronx-raised educated millennial. Lit’s wine bar will offer “12 really good wines” that will “appeal to people who like to drink wine socially, but that will also take the burden off of those who don’t want to choose among a lot of different kinds of wine.” The Lit. Bar will also offer light bites and sandwiches made with a panini press, as well as coffee.

Santos is blogging about her journey to opening the store at 1stnoelle.com.