Bradley Graham Appointed to ABA Board

The American Booksellers Association’s Board of Directors has moved to fill a vacancy on the Board that is the result of the recent election of Robert Sindelar of Third Place Books as ABA’s incoming president. Under ABA’s bylaws, the office of the president is separate and distinct from that of a Board director, and with Sindelar’s election as the association’s president his current position as a Board director has become vacant. 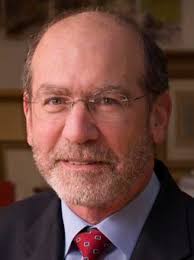 Upon consideration, the Board has unanimously approved the appointment of Bradley Graham, co-owner of Politics and Prose Bookstore in Washington, D.C., to fill the vacancy until the next ABA Board election, in spring 2018. At that time, Graham will be eligible to be nominated to run for the unexpired period of what would have been Sindelar’s term as a Board member.

Since entering bookselling, Graham has been very active in ABA and the industry. He has been a member of both the ABA Booksellers Advisory Council and the American Booksellers for Free Expression Advisory Council and served on last year’s Governance Review Committee. Graham has also contributed to ABA educational programming as a moderator and panelist at a number of events.

Graham, who co-owns Politics and Prose with his wife, Lissa Muscatine, had a distinguished career with the Washington Post as a reporter and editor, focusing primarily on foreign and national security affairs. He is also the author of two books — Hit to Kill, an account published in 2001 of renewed U.S. efforts to build a national missile defense system, and By His Own Rules, a biography of Donald Rumsfeld.

Politics and Prose has three satellite locations at Busboys and Poets restaurants in the Washington, D.C., area.

“The ABA Board is pleased and grateful that Brad will be taking on this position,” said Sindelar. “As his professional accomplishments make clear — both during and before his career in bookselling — he will bring to the Board a commitment to inquiry and innovation that, we believe, will be of great service to ABA.”

ABA CEO Oren Teicher said, “Since Brad and Lissa became the owners of Politics and Prose, he has helped lead a team that has shown the great potential of integrating the best of our bookselling legacy with a commitment to evolution and positive change. ABA is grateful that he will be bringing just that insight and spirit to our governance.”