Here’s what’s happening this week in the book industry: 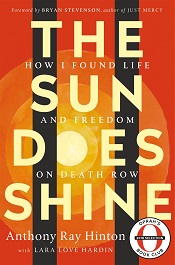 The Sun Does Shine: How I Found Life and Freedom on Death Row, the memoir by Anthony Ray Hinton (St. Martin’s Press), has been named Oprah Winfrey’s latest book club pick. Hinton’s book recounts his decades on death row in the Jefferson County Jail in Birmingham, Alabama, after he was wrongly convicted of murdering two fast-food workers.

Macmillan Children’s Publishing Group has announced the launch of Odd Dot, a new imprint focusing on “imaginative and innovative” books that inspire kids to learn and have fun as they develop necessary skills. The imprint will come out with its inaugural list in 2019.

Effective July 1, Chicago Distribution Center will provide fulfillment and distribution services and begin shipping orders for Rutgers University Press, the press announced last week. U.S. sales representation and international distribution will be unaffected by these changes, according to the press.

Crime genre publisher Down & Out Books has announced a new imprint: New Wave Crime. Founded and edited by Chantelle Aimée Osman, it will focus on diversity of plot, culture, and character, and champion new voices. Down & Out projects that the imprint’s first titles will launch in 2019.

Ingram Content Group has announced a number of promotions and new hires, including Bailey Davis, who has been promoted to publisher engagement manager for Lightning Source; Kristal Smith, promoted to manager of business operations support for Ingram Publisher Services; and Lori Bowe, who is now the senior manager of specialty retail for Ingram’s wholesale business. At IngramSpark, Josh Floyd is now the senior key account sales manager, and Renee Lamine was promoted to the role of marketing manager. In addition, Eileen Armour has joined Ingram Library Services as senior sales representative.

HarperCollins announced that Kate Morgan Jackson, senior vice president, editor-in-chief, and associate publisher of HarperCollins Children’s Books, is leaving the company on June 29. She will be dedicating herself full-time to food writing, photography, and her website, Framed Cooks.

In her address at the opening of the 2018 American Library Association Annual Conference on June 22, Michelle Obama will be joined on stage by Librarian of Congress Dr. Carla Hayden, who will moderate the conversation.

The National Endowment for the Arts (NEA) on Monday announced the 79 recipients of its 2018-2019 NEA Big Read grants, which total more than $1 million this year. The grants will go to schools, libraries, and arts organizations in 34 states plus Puerto Rico to host reading projects on 25 selected works of literature. 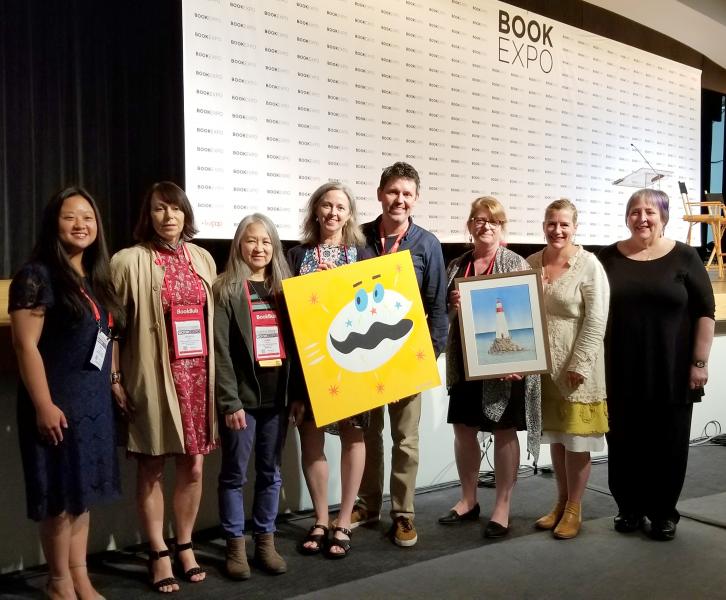 At BookExpo, the 2018 Pannell Awards were presented to staff from the winning bookstores.

The Women’s National Book Association (WNBA) officially presented the 2018 Pannell Awards at BookExpo in New York City. Staff from the winning stores — Northshire Bookstore in Saratoga Springs, New York, and Manchester Center, Vermont, and Red Balloon Bookshop in St. Paul, Minnesota — were present at the Children’s Book & Author Breakfast to receive their awards. The winners were originally announced in April.

The winners of the Lambda Literary Awards were announced on June 4 at the 30th annual “Lammys.” Edmund White and Roxane Gay received the night’s Trustee and Visionary Awards, respectively; Lammy winners in 23 categories include, for lesbian fiction, Carmen Maria Machado’s Her Body and Other Parties (Graywolf Press); for gay fiction, After the Blue Hour by John Rechy (Grove Press); for bisexual nonfiction, Hunger by Gay (HarperCollins); and for LGBTQ nonfiction, How We Get Free by Keeanga-Yamahtta Taylor (Haymarket Books).

The Jewish Book Council’s 2018 Sami Rohr Prize for Jewish Literature was awarded to If All the Seas Were Ink (St. Martin’s Press), the 2017 memoir by Ilana Kurshan. As the winner, Kurshan will receive $100,000 in prize money.