Here’s what’s happening this week in the book industry:

Because of the spread of coronavirus, the Bologna Book Fair has been postponed from March 30–April 2 to May 4–7.

Voting is underway and nominations are being accepted for Independent We Stand’s America’s Main Streets contest, which will award a $25,000 grand prize to the winner. 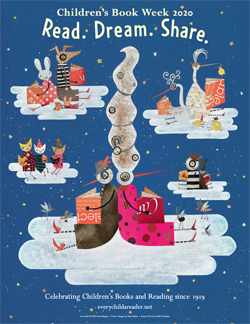 Indie booksellers are invited to host screenings for the documentary Suppressed: The Fight to Vote from Brave New Films, which is aiming for 2,020 screenings of the 35-minute film by Election Day. Booksellers can fill out a form to coordinate an event at their stores. Brave New Films will provide a free copy of the film as well as a discussion and action guide to help booksellers structure the screening.

Libro.fm is offering two free audiobooks for Independent Bookstore Day, Saturday, April 25, to anyone with a free Libro.fm account. Booksellers can share this link for customers to sign up, and they’ll receive an email to claim their free audiobooks on IBD.

The Washington State Senate has passed a consumer data privacy bill; it’s now headed to the House for consideration. Under the bill, “businesses or other entities that control or process the identifiable data of more than 100,000 people to allow consumers to find out what data is stored about them, correct errors, or request deletion.”

Flatiron Books has announced plans for a new nonfiction imprint with podcast publisher iHeartMedia, called Stuff You Should Read: An iHeartBook.

Bloomsbury Publishing Founder and CEO Nigel Newton has been named the winner of the London Book Fair’s Lifetime Achievement Award in International Publishing.

The 2020 Kingsley & Kate Tufts Poetry Awards have been given to Ariana Reines and Tiana Clark.

The New York Public Library announced the finalists for the 2020 Helen Bernstein Book Award for Excellence in Journalism.

The shortlist has been announced for the Folio Awards.

The longlists have been announced for the 2020 CILIP Carnegie and Kate Greenway medals.